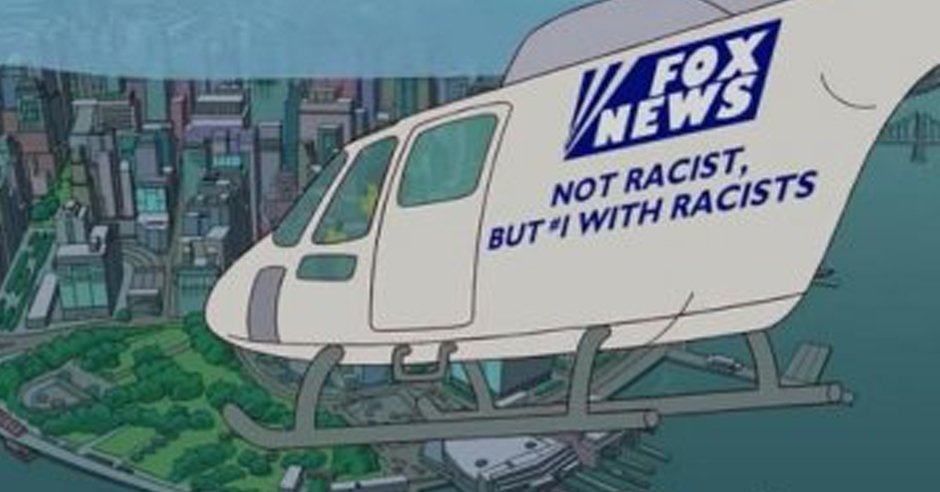 This is simply a must-read: Jane Mayer at the New Yorker on the Fox News White House. New Yorker: “Murdoch may be even closer to Trump’s son-in-law, Jared Kushner. Well-informed sources say that Kushner, an increasingly valued White House adviser, has worked hard to win over Murdoch, showing him respect and asking him for advice.”

“Kushner has regularly assured Murdoch that the White House is a smooth-running operation, despite many reports suggesting that it is chaotic. Kushner now has an almost filial status with Murdoch, who turns eighty-eight this month, and numerous sources told me that they communicate frequently. ‘Like, every day,’ one said.”

“In November, Hannity joined Trump onstage at a climactic rally for the midterm elections. Afterward, Fox issued a limp statement saying that it didn’t ‘condone any talent participating in campaign events’ and that the ‘unfortunate distraction’ had ‘been addressed.’ … The evening ended with a high five between Hannity and Shine, who had recently started working at the White House.”

Among the many bombshells in this article, there is this impeachable offense: President Trump ordered White House economic adviser Gary Cohn to pressure the Department of Justice to file the lawsuit to block the proposed AT&T/Time Warner merger, the New Yorker reports. Trump called Cohn into the Oval Office along with chief of staff John Kelly and said in exasperation to Kelly: “I’ve been telling Cohn to get this lawsuit filed and nothing’s happened! I’ve mentioned it fifty times. And nothing’s happened. I want to make sure it’s filed. I want that deal blocked!”

George Conway, the husband of White House counselor Kellyanne Conway, tweeted that it would “unquestionably be grounds for impeachment” if proven true.

Another bombshell: “A pair of Fox insiders and a source close to Trump believe that Ailes informed the Trump campaign about Megyn Kelly’s question. Two of those sources say that they know of the tipoff from a purported eyewitness. In addition, a former Trump campaign aide says that a Fox contact gave him advance notice of a different debate question, which asked the candidates whether they would support the Republican nominee, regardless of who won. The former aide says that the heads-up was passed on to Trump, who was the only candidate who said that he wouldn’t automatically support the Party’s nominee — a position that burnished his image as an outsider.”

A final bombshell from the Mayer piece: A Fox News reporter had doggedly reported on President Donald Trump’s hush money payment to Stormy Daniels only to see it killed because Fox News co-chairman Rupert Murdoch wanted Trump to win. The reporter, Diana Falzone, had the bulk of the story together and confirmed by October 2016, per the New Yorker. She had confirmation from Daniels, emails between Michael Cohen and Daniels’ attorney and even the contract Daniels signed. Fox editors punted it around the newsroom until the head of FoxNews.com, Ken LaCorte, allegedly told Falzon they wouldn’t publish the story.

“The chairman of the House Judiciary Committee delivered a flurry of document demands to the executive branch and the broader Trump world on Monday that detailed the breadth of the Democrats’ investigation into possible obstruction of justice, corruption and abuse of power by President Trump and his administration,” the New York Times reports

“In the two months since they took control of the House, Democrats have begun probing members of the president’s cabinet, his businesses, his campaign, his inaugural committee and his ties to key foreign powers, including Russia and its attempts to disrupt the 2016 presidential election. But Rep. Jerrold Nadler (D-NY), the Judiciary Committee chairman, made clear on Monday that the new majority intends to train its attention on actions at the heart of Mr. Trump’s norm-bending presidency — actions that could conceivably form the basis of a future impeachment proceeding.”

Washington Post: “The farthest-reaching request since Democrats took control of the House underscored lawmakers’ determination to hold Trump and those around him accountable for an array of controversies that have dogged the president during his first two years in office — and perhaps lay the grounds for impeachment.”

Politico: “By initiating the wide-ranging demand for documents, the Judiciary Committee signaled it is creating its own insurance policy in the event that all of Mueller’s findings are not made public and it finds the kinds of evidence that would be grounds for trying to impeach Trump from office.”

CNBC: “Roger Stone on Sunday suggested he has been ‘framed’ by special counsel Robert Mueller in an Instagram post that appeared to run afoul of a judge’s barely week-old gag order… Stone deleted the only image in that multi-image post that included ‘Who framed Roger Stone’ language shortly after CNBC emailed his lawyer to ask about it.”

“Stone’s post was put online less than 48 hours after the judge, Amy Berman Jackson, ordered lawyers for the admitted Republican ‘dirty trickster’ to explain why they did not tell her earlier about the planned publication of a book by Stone that could violate her gag order on him.”

Garrett Graff: “Indicting the whole Trump Organization as a ‘corrupt enterprise’ could also help prosecutors address the thorny question of whether the president can be indicted in office; they could lay out a whole pattern of criminal activity, indict numerous players — including perhaps Trump family members — and leave the president himself as a named, unindicted co-conspirator. Such an action would allow investigators to make public all the known activity for Congress and the public to consider as part of impeachment hearings or re-election. It would also activate powerful forfeiture tools for prosecutors that could allow them to seize the Trump Organization’s assets and cut off its income streams.”

“The irony will be that if federal prosecutors decide to move against President Trump’s empire and family together, he’ll have one man’s model to thank: his own TV lawyer, Rudy Giuliani, who perfected the template to tackle precisely that type of criminal enterprise.”

We are all going to die. And soon. New York Times: “Intelligence officers, steeped in how Mr. Trump views the world, now work to answer his repeated question: Who is winning? What the president wants to know, according to former officials, is what country is making more money or gaining a financial advantage.”

“While the professionals do not criticize Mr. Trump’s focus, they do question whether those interests are crowding out intelligence on threats like terrorism and the maneuvers of traditional adversaries, developments with foreign militaries or geopolitical events with international implications.”

“The president has also shown less interest in details about potential terrorist plots or cloak-and-dagger spy work — the kind of secret information that excites most officials… So in security briefings, Mr. Trump peppers officials with questions about economic competition with China, including Beijing’s efforts to gain technological superiority and to achieve trade advantages over the United States.”

Senate Majority Leader Mitch McConnell (R-KY) predicted that a resolution seeking to block President Trump’s declaration of a national emergency at the U.S.-Mexico border would pass in the Republican-led Senate but ultimately not survive a veto, the Washington Post reports.

Said McConnell: “I think what is clear in the Senate is that there will be enough votes to pass the resolution of disapproval, which will then be vetoed by the president and then, in all likelihood, the veto will be upheld in the House.”

McConnell told reporters that he had hoped Trump “wouldn’t take that particular path” of declaring a national emergency.

Washington Post: “Powered by his two-hour stemwinder at the Conservative Political Action Conference on March 2 — which featured more than 100 false or misleading claims — President Trump is on pace to exceed his daily quota set during his first two years in office.”

“The president averaged nearly 5.9 false or misleading claims a day in his first year in office. He hit nearly 16.5 a day in his second year. So far in 2019, he’s averaging nearly 22 claims a day.”

Stuart Stevens: “It is impossible to watch Trump’s two hour meltdown at CPAC and think this person is of sound mind. Republicans are now in Weekend At Bernie’s territory.”

Wall Street Journal: ““China and the U.S. are in the final stage of completing a trade deal, with Beijing offering to lower tariffs and other restrictions on American farm, chemical, auto and other products and Washington considering removing most, if not all, sanctions levied against Chinese products since last year.” “The agreement is taking shape following February’s talks in Washington, people briefed on the matter on both sides said. They cautioned that hurdles remain, and each side faces possible resistance at home that the terms are too favorable to the other side. Despite the remaining hurdles, the talks have progressed to the extent that a formal agreement could be reached at a summit between President Trump and Chinese President Xi Jinping, probably around March 27, after Mr. Xi finishes a trip to Italy and France.”

“John Hickenlooper, who served two terms as governor of Colorado, announced Monday that he is running for president, touting his accomplishments in a state that moved to the left during his time in office,” the Washington Post reports. “As governor, Hickenlooper presided over steady economic growth, the legalization of marijuana — which he initially opposed — and a surge that put Democrats in full control of a once-conservative state.”

ABC News: Everything you need to know about John Hickenlooper.

Eric Holder: “Though I will not run for president in 2020, I will continue to fight for the future of our country through the National Democratic Redistricting Committee and its affiliates. For too long, Democrats have lost sight of the state and local races that shape the day-to-day lives of the people we serve. With state legislatures set to begin drawing new voting districts in 2021, what happens in those races over the next two years will shape the next decade of our politics.”

“Our fight to end gerrymandering is about electing leaders who actually work for the interests of the people they are supposed to represent. I will do everything I can to ensure that the next Democratic president is not hobbled by a House of Representatives pulled to the extremes by members from gerrymandered districts.”

Jonathan Swan: “The Trump re-election campaign sparked widespread confusion inside the Trump administration and the cellular wireless industry on Friday night when it advocated for a nationwide ‘wholesale’ 5G network, which was 180 degrees from official White House policy.”

“The result? Mass uncertainty. Administration officials who work on 5G freaked out. And industry leaders were perplexed.” “It’s highly unusual — if not unprecedented — for a presidential campaign to advocate for a different position from the sitting president’s administration.”