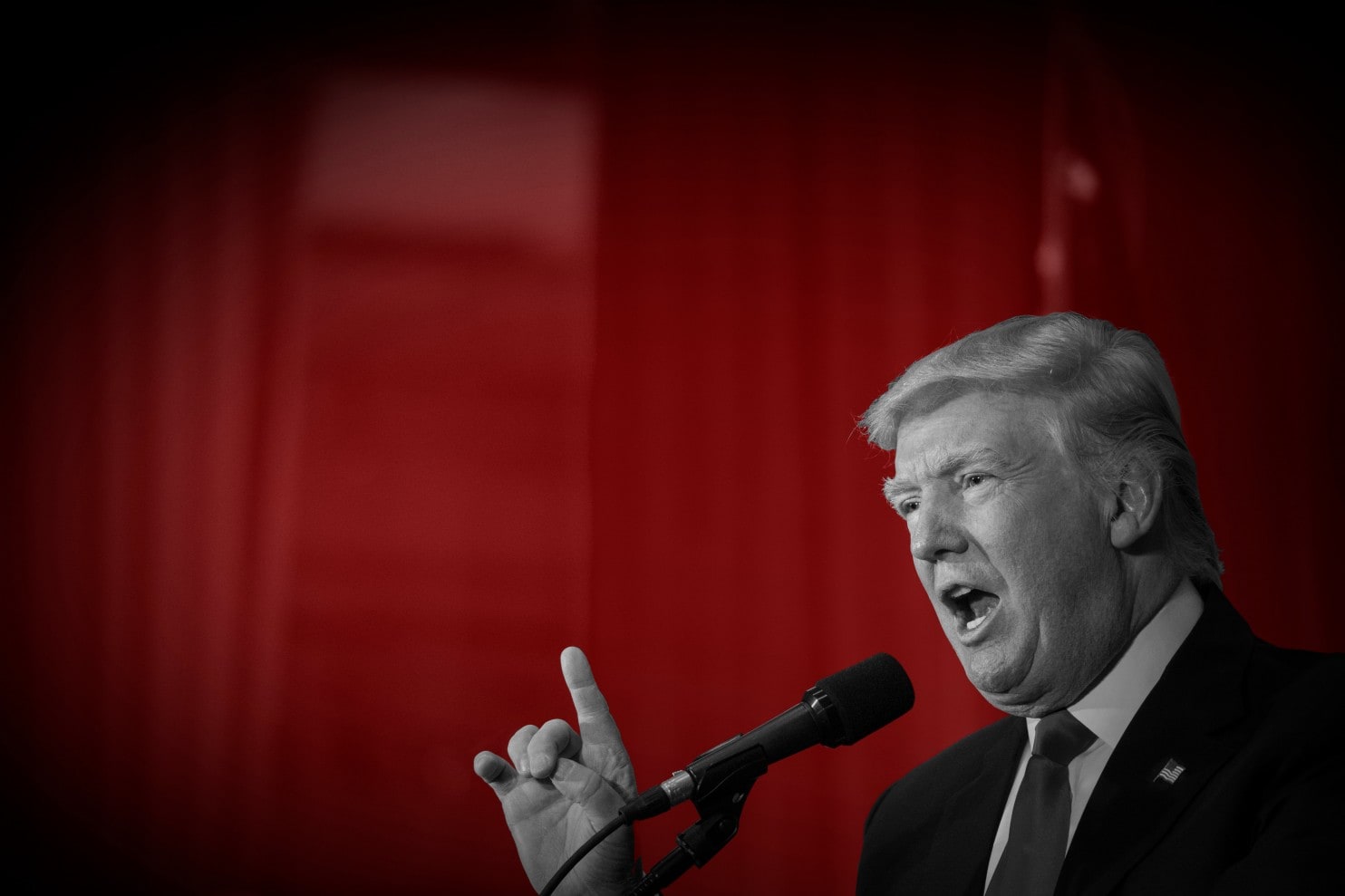 “The top tax-writing committee in the House is readying a request for years of President Trump’s personal tax returns that is expected to land at the Internal Revenue Service as early as the next few weeks, according to congressional aides involved in the process. And Democrats are prepared to ‘take all necessary steps,’ including litigation, in order to obtain them,” NBC News reports.

“Ways and Means Committee Chairman Richard Neal (D-MA) has asked the committee’s attorneys to prepare the request… Neal has also contacted the chairs of several other House investigative committees, including Oversight and Government Reform, Financial Services, Intelligence and Judiciary, asking them to provide detailed arguments for why they need the president’s tax returns to conduct their probes.”

Washington Post: “Acquiescence to Trump is now the defining trait of the Republican Party more than two years into his presidency — overwhelming and at times erasing principles that conservatives viewed as the foundation of the party for more than a half century.”

“Trump’s ownership of the GOP was on vivid display again Saturday, when the president appeared at the Conservative Political Action Conference in Maryland, an annual gathering that has transformed into a raucous celebration of Trump, featuring propaganda-style art and a speaker who declared that the president was ‘chosen by God.’”

Politico: “Trump, basking in the adoration of the crowd, largely glossed over the North Korea summit’s collapse, instead reviving several of his greatest hits, from rehashing the 2016 election to obsessing over the crowd size at his inauguration.”

The Hill has the top 9 moments from Trump’s freewheeling speech.

“Democratic leaders are convinced that Steve Bullock, the popular governor of Montana, would give the party its best shot at unseating Senator Steve Daines, a freshman Republican, when he stands for re-election next year in a state that President Trump carried by 20 points,” the New York Times reports. “But Mr. Bullock has a bigger — if far less attainable — aspiration: running for president.”

“And so it has gone for Democratic leaders as they struggle to recruit a solid slate of candidates that they will need to net the three or four seats necessary to take control of the Senate next year. Four top-tier potential Democratic Senate candidates — John Hickenlooper in Colorado, Stacey Abrams in Georgia, Beto O’Rourke in Texas and Mr. Bullock — are seriously exploring presidential campaigns, forsaking statewide campaigns within their grasp, at least for now, for a national one that would be the longest of long shots.”

“The comment sparked immediate consternation from critics of the president, who suggested he was using his powerful office to advance his financial interests. The U.S. Constitution has two clauses designed to prevent a national leader from using power in such a manner.”

CNN: “The crowd of around 13,000 supporters, according to a campaign estimates, many of them having spent the preceding hours tapping their sludgy feet to a live band after queuing up around Brooklyn College’s East Quad early Saturday morning, roared back.”

“Sanders is already striking a different chord as he seeks the Democratic nomination a second time. He has a new campaign manager, a more diverse staff and an inner circle of advisers — some familiar, some new to the fold — that, in its opening stages, has already achieved a small feat: they convinced the 77-year-old Sanders that, as he seeks higher office again, he must be willing to step out of his comfort zone and tell Americans who he is, where he came from — and why it matters.”

New York Times: “During his last presidential campaign, and throughout his political career, Mr. Sanders has offered a policy-focused message almost entirely devoid of personal details. At Saturday’s rally, however, he did something new: He talked about himself.”

“The judge in charge of Roger Stone’s criminal trial on Friday demanded to know why the court wasn’t made aware of the ‘imminent general release’ of a book that could include discussion of the longtime Trump adviser’s legal proceedings, potentially violating a gag order,” Politicoreports.

“Judge Amy Berman Jackson gave Stone’s lawyers until Monday to explain why they didn’t tell her until this week about the looming publication, which she emphasized ‘was known to the defendant.’”

I actually agree with Bernie here.

Mississippi state Rep. Karl Oliver (R) described the “destruction” of Confederate monuments in Louisiana as “heinous and horrific” and compared leaders in that state to Nazis, the HuffPost reports. He added, on a Facebook post: “They should be LYNCHED!”

New York Times: “In 2016, Mr. Sanders had little choice but to run the race of an outsider — disorganized, decentralized and improvisational. But as the Vermont senator formally kicks off his second presidential bid with an appearance in his native Brooklyn on Saturday, this much is apparent: He is at least attempting to mount a different kind of campaign.”

“Yet even as he builds a more sophisticated and modern organization, Mr. Sanders’s iconoclasm and possessiveness over his brand of democratic socialism has created turmoil in his own ranks. His media consulting team abruptly quit this week after the senator and his wife, Jane, expressed displeasure with the sleek announcement ad the advisers produced, deeming it inauthentic, and instead booked a Vermont studio to record a no-frills, nearly 11-minute video that Mr. Sanders wrote himself, according to multiple Democratic officials familiar with the matter.”

Michael Bloomberg’s closest advisors “have been interviewing potential aides in early caucus and primary states as the billionaire considers a 2020 run for president,” CNBC reports.

“Kevin Sheekey, one of Bloomberg’s closest confidants, has been meeting with prospective staff members in Iowa and New Hampshire… Iowa and New Hampshire serve as the first two states in the presidential primaries while also acting as an early litmus test for those looking to capture the nomination. Both of the early contests are expected to take place in February 2020.”

Paul Manafort asked a federal judge in Virginia to give him a prison term “significantly below” the 19 to 24 years called for under sentencing guidelines, calling that range “clearly disproportionate to” his crimes of bank and tax fraud, the Washington Post reports.

Renato Mariotti: “This is due in part to Trump’s successful disinformation crusade, which has worked to raise a nearly impossible and definitely illogical bar for Mueller to clear: proving ‘collusion’ and charging a grand criminal conspiracy involving the Trump campaign and the Russian government. But it is also due to Trump’s critics, who have responded to Trump’s ‘No collusion!’ mantra by shouting back, ‘Yes, collusion!’”

“The word collusion appears nowhere in the order authorizing Mueller’s investigation. There is not even a relevant crime called ‘collusion.’ What Mueller is tasked with is investigating ‘any links and/or coordination between the Russian government and individuals associated with’ the Trump campaign.”

“If ‘links and/or coordination’ also don’t sound like crimes, that’s because they aren’t. While Mueller is directed to charge and prosecute crimes he discovers, his is primarily a counterintelligence investigation — not a criminal one — the purpose of which is to identify threats to our national security, potentially including the President of the United States and his associates.”

Richard Haass: “Things never should have reached this point. Summits at most are expected to negotiate the last 10% of a deal. The Hanoi summit appeared to have it backwards, requiring that the leaders negotiate 90% on the spot. The Hanoi summit showed the dangers of a president who over-personalizes diplomacy. Foreign policy is mostly about the details, not the chemistry.”

“By overplaying his hand, Kim may have saved the president from himself. If reports were right, the U.S. was prepared to agree to offer a degree of sanctions relief in exchange for North Korea dismantling one of its enrichment facilities. But North Korea could have done this, and still maintained or even expanded its ability to enrich uranium and produce bombs and missiles.”

“Although disappointed with the summit outcome and concerned about what comes next, U.S. allies in the region (above all, South Korea and Japan) will be relieved.”