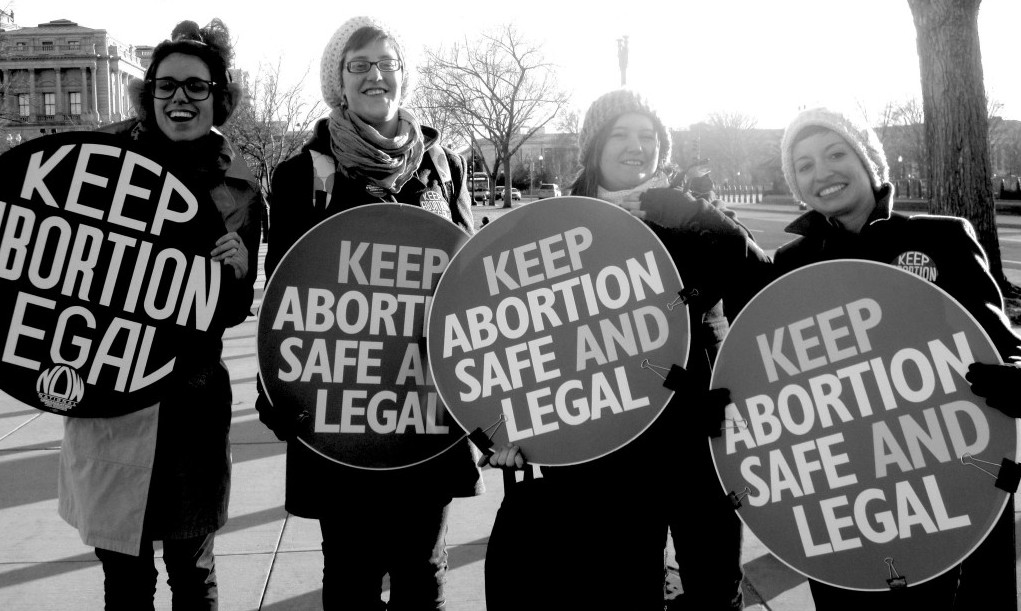 It’s easy to agree with Eric here. Delaware has a great many issues to manage and yet, this is what the GOP chooses to work on. Eric Morrison is a member of the Steering Committee of Delaware United; and has a new opinion piece published in the News Journal — Delaware abortion bills are wrong and political grandstanding

Recently, Republicans in the Delaware House of Representatives introduced two bills designed to chip away at women’s reproductive rights. Both bills are sponsored by Rep. Richard Collins and Sen. Bryant Richardson, with eight Republican co-sponsors.

It is sadly telling that both bills were introduced by white men. Far too often, men —especially affluent Caucasian men — want a big say in abortion laws to which they will never be subject.

And we know why this is, right? Lower income women are paid less (in Delaware, this means they are not paid a living wage, a wage which the GOP will not support; their housing choices are often unhealthy ones (in Delaware, affordable housing is not a high priority for either party); and school options for poorer families are often not optimal (again, with the GOP completely absent from support for educational investments in poorer students). And while we are on schools, I often see an overlap in the names of folks who persistently cheerlead AGAINST school referenda and the folks who are anti-choice. It’s a completely schizophrenic position — the folks who want to choose for other women whether they should have children, do not give a damn about supporting those children when they are alive.

Eric’s piece is worth reading in its entirety — fair use means I can’t copy and paste the whole thing, but here is another key:

House Bill 52 would outlaw abortions after 20 weeks. The sole exception would be for women for whom it is medically determined that continuing the pregnancy puts them “at risk of substantial and irreversible physical impairment of a major bodily function, not including psychological or emotional conditions.”

Physicians performing an abortion in violation of the law would face a class D felony and the loss of their medical licenses. Furthermore, the fetus’ father could pursue legal action against the doctor, seeking “actual and punitive damages.”

HB 53 would require physicians to offer pregnant women the opportunity to view ultrasound images and listen to the fetal heartbeat (when applicable) before terminating a pregnancy, except in emergency situations. Although women can refuse the options, physicians cannot refuse to offer them.

Women must sign a document stating that they were made the offers. Physicians failing to make the offers would face a class A misdemeanor, and civil malpractice and professional disciplinary action.

As Eric notes, HB 52 would undo the protections approved in 2017 by SB 7 and put the Government square into the health care decisions made by women. Which is not the government’s business. Nor is it the business of a GOP who doesn’t give a damn about the children that are already here. NB 53 infantilizes women and pretends that we don’t understand what we are asking for when we ask for an abortion.

It’s hard, really, to even understand what the GOP point is here. All across America, abortion rates are declining fast. That’s due to better access to better birth control — a thing that the Trump Administration is trying to undo. Teen abortion rates are dropping — for the same reasons. There are fewer abortions in the US and yet, here we have the Delaware GOP suited up to NOT to participate in pushing this rate down, but to substitute their judgement for that of the women who are making choices for their health and their families.

You’ll be hearing from Eric at Delaware United, Planned Parenthood and the local Indivisible groups about campaigns to push back on these bills.