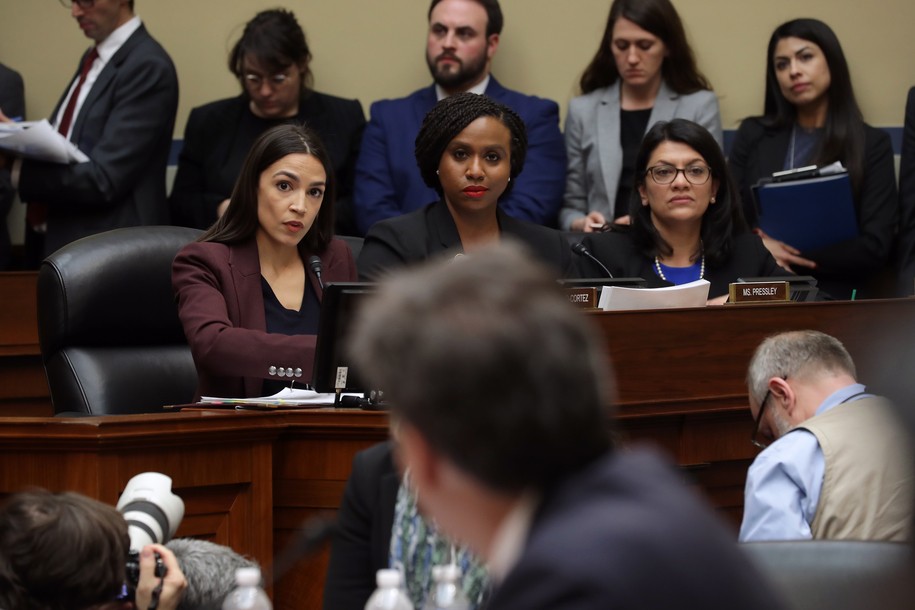 Lawfare: “The first thing to remember about Michael Cohen’s lengthy appearance on Wednesday before the House Committee on Oversight and Reform is that it was presumably a pale shadow of the full testimony Cohen could offer. The president’s former lawyer spent Tuesday testifying behind closed doors at the Senate Select Committee on Intelligence… And he will spend the day on Thursday at a closed hearing of the House Permanent Select Committee on Intelligence.”

“What became public on Wednesday was just the slice of Cohen’s story that is not currently at issue in Robert Mueller’s investigation of L’Affaire Russe, the subject of separate investigation in the Southern District of New York, or of concern to the intelligence committees.”

“In other words, Cohen’s testimony, both written and live, is not the whole story. It may well not be the most important parts of his story. It is only the most currently presentable parts of Cohen’s story.”

First Read: “What was extraordinary about former Trump lawyer/fixer Michael Cohen’s public testimony before Congress Wednesday was his revelation that the president of the United States potentially committed illegal acts. And that’s before we even get to Robert Mueller’s upcoming findings.”

“But what also was extraordinary yesterday was the power that President Trump continues to hold over his party, with GOP members of the House Oversight and Reform Committee attacking Cohen as an unreliable witness (though not really attacking the evidence or allegations he presented). The one exception was Rep. Justin Amash (R-MI) who appeared to have an open mind in questioning Cohen.”

James Hohmann: “The Cohen hearing laid the groundwork and offered rationales for Democrats to issue subpoenas to a host of Trump world figures, including the president’s children Don Jr., Ivanka and Eric, plus several top executives in the Trump Organization.”

“Israel’s attorney general announced that his office had indicted Prime Minister Benjamin Netanyahu on corruption charges after a two-year investigation,” NBC News reports. “The prime minister faces one count of bribery and two counts of fraud and breach of trust.”

BBC: “The prime minister is alleged to have accepted gifts from wealthy businessmen and dispensed favors to try to get more favorable press coverage.”

CNBC: “Throughout the 2016 campaign and since, the president and his party have vowed to kick-start tepid Obama-era economic growth. Specifically, they insisted tax-cuts and deregulation would return growth to its post-World War II average of 3 percent – a level, candidate Trump said derisively, that Obama became ‘the first president in modern history’ never to reach in a single year.”

“New government data this morning show that Trump, too, has failed to reach the 3 percent promised land, according to one major metric. The Commerce Department’s Bureau of Economic Analysis measured 2018 growth at 2.9 percent, matching the peak Obama enjoyed in 2015.”

“House Democrats held an emotional debate behind closed doors Thursday over how to stop losing embarrassing procedural battles with Republicans — a clash that exposed the divide between moderates and progressives as well as between party leaders,” Politico reports. Speaker Nancy Pelosi (D-CA) took a hard line at the caucus meeting: “This is not a day at the beach. This is the Congress of the United States.”

“Pelosi also warned that Democrats who voted with Republicans on the ‘motion to recommit’ could lose support from the Democratic Congressional Campaign Committee, although her threat may be more bluster than reality… And Rep. Alexandria Ocasio-Cortez, the superstar New York freshman Democrat, suggested she would alert progressive activists when Democrats are voting with the GOP on these motions.”

“Unless you’re a student of The Trump Organization — the thinly-staffed Trump family business — you may never have heard of Weisselberg, Lieberman or Calamari.  But over the next year, these men and their colleagues may become household names as they endure a far-reaching, multi-armed investigation into Trump’s family business and personal finances.”

Said Bloomberg‘s Tim O’Brien: “This organization has never had a proctology exam like it’s about to get. It’s going to surface records that’s going to become problematic for all of them to keep their stories straight.”

Sen. Cory Booker (D-NJ) introduced a bill to legalize marijuana nationwide as he mounts his presidential campaign, CNBC reports. “Co-sponsors of the bill, known as the Marijuana Justice Act, include fellow 2020 contenders Elizabeth Warren, Bernie Sanders, Kamala Harris and Kirsten Gillibrand. Booker first introduced the bill in 2017, but it was not taken up for a vote.”

“It was Michael Cohen’s day on Capitol Hill, but Democrats are still waiting for Robert Mueller,” Politico reports. “Donald Trump’s former lawyer leveled a raft of explosive allegations against the president Wednesday, but Speaker Nancy Pelosi and her leadership team are in no hurry to launch impeachment proceedings.” “Instead, they’re still waiting to see what the special counsel turns up.”

Marcy Wheeler notes that redacted court filings suggest that Paul Manafort gave Konstantin Kilimnik — whom Special Counsel Robert Mueller has alleged is a Russian spy — 75 pages of recent polling data. The data was referenced in an email with Manafort’s associate, Rick Gates, and in emails sent by Kilimnik.

Politico: “The California senator and 2020 presidential candidate has nursed connections with the state’s biggest donors during three campaigns for statewide office and two more for district attorney in San Francisco.”

“Now, Harris is working aggressively to turn those connections into commitments securing those donors before out-of-state presidential rivals have a chance…. Harris’ efforts to win over her state’s money could not only boost her campaign but starve some of her rivals.”

“Kushner’s approach to ending the Israeli-Palestinian conflict does not appear to have progressed since his last regional tour in June, focusing largely on economic initiatives at the expense of a land-for-peace deal long central to the official Arab position.”

“Democratic Party chairs in the four early presidential states are working to convince the 2020 presidential candidates to avoid waging social media disinformation warfare against each other,” Politico reports.

“The effort began this week with a letter to state party chairs across the country broadly laying out the issue with an ultimate goal of establishing what amounts to a non-aggression pact, according to state party operatives in four states who have received or have direct knowledge of the letter.”

The Atlantic: “Bernie Sanders has called for tuition-free college. Julián Castro has signaled support for it as well. Elizabeth Warren has pushed, for years, for ‘debt-free’ college. Kamala Harris, Cory Booker, and Kirsten Gillibrand have signed on to legislation that could make college debt-free. Even Amy Klobuchar, who notably shirked ‘free college for all’ during a CNN town hall in February, signed on to a metered free-college proposal last year.”

“All together, the field seems to have converged on a consensus: A free-college proposal—or an answer about why they don’t have one—is something of a prerequisite for Democratic candidates hoping to challenge Donald Trump in the 2020 election.”