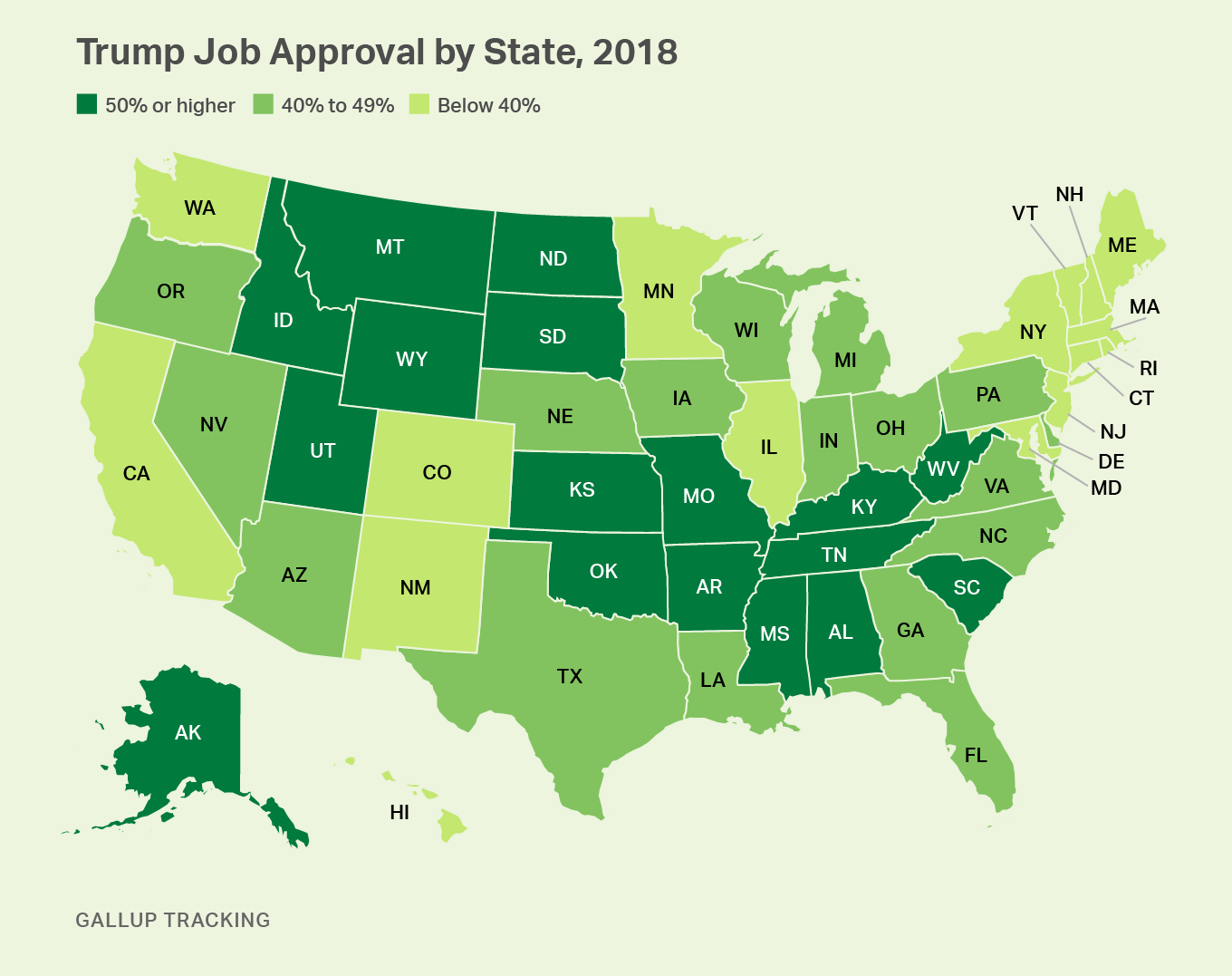 Phillip Bump reviews new Gallup polling which shows how respondents in each state feel about Donald Trump’s presidency. “The good news for Trump is that he had 50% approval or higher in 17 states, up from 12 in 2017. (The additions? Kansas, Mississippi, Missouri, South Carolina and Utah.)”

Here is a map of the carnage:

Jason at Delaware Liberal thinks the Dems will win every state wherein Trump’s approval is underwater, which is why he believes no matter who the Democratic nominee is, that person will be the next President. So let’s see if that math checks out.

The rest of the states where Trump’s approval rating is below 45% are all colored blue, and are deemed won by Presidents Harris, Biden, Warren, O’Rourke or Sanders.

Of course, this map most likely won’t happen. Democrats are making great strides in Arizona and Texas and Georgia. But will they go Democratic in 2020 on the presidential level? Maybe but we cannot count on it. The rest are all plausible and indeed are likely. But, like the blue wall of Wisconsin, Michigan and Pennsylvania that Hillary counted on in 2016, we can’t count on any of the blue states in those maps in 2020. Yes, Jason, I just said you were acting like Hillary in your pronouncements. We are not predestined to win in 2020 just because Trump is unpopular. We cannot count on any state. We are going to have to work the hardest we have ever worked in our lives to win in 2020. So while it is fun to play around with maps, remember that that is all this is: fun.

4 comments on “The Disapproval Landslide”