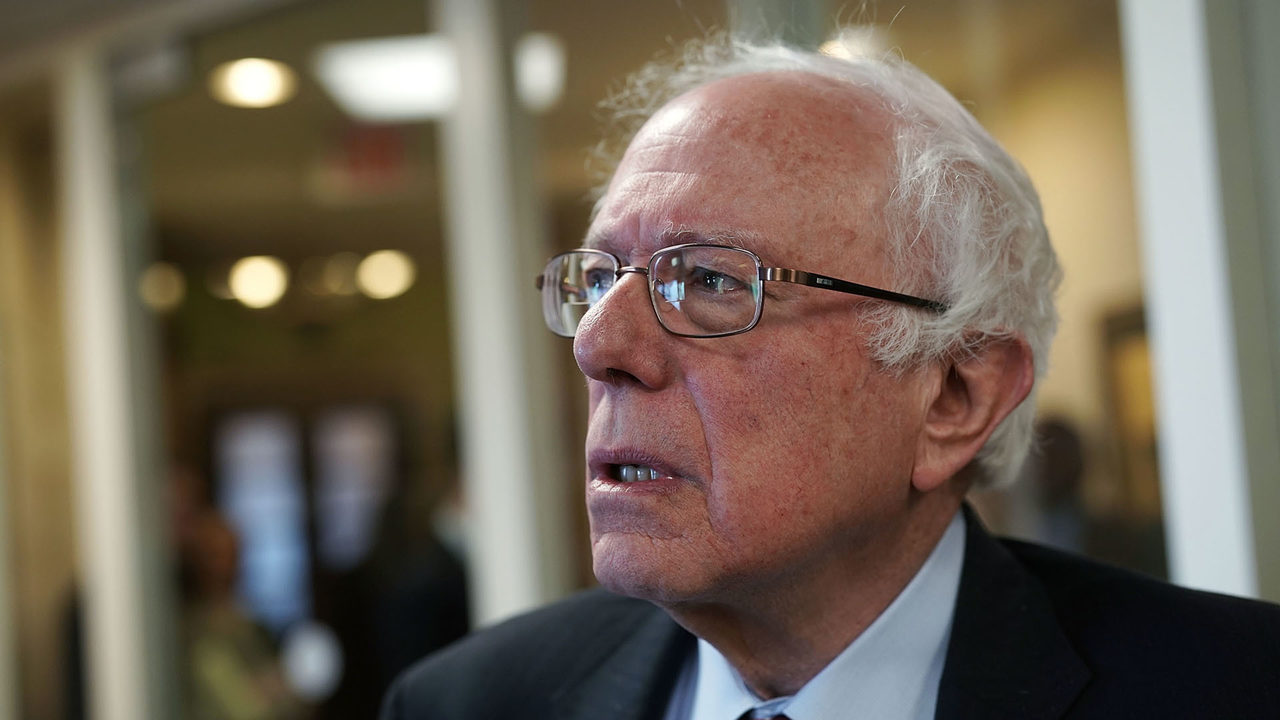 A must-read piece from the New York Times: “Mr. Trump’s public war on the inquiry has gone on long enough that it is no longer shocking. Mr. Trump rages almost daily to his 58 million Twitter followers that Mr. Mueller is on a ‘witch hunt’ and has adopted the language of Mafia bosses by calling those who cooperate with the special counsel ‘rats.’ His lawyer talks openly about a strategy to smear and discredit the special counsel investigation. The president’s allies in Congress and the conservative media warn of an insidious plot inside the Justice Department and the F.B. I to subvert a democratically elected president.”

“An examination by The New York Times reveals the extent of an even more sustained, more secretive assault by Mr. Trump on the machinery of federal law enforcement. Interviews with dozens of current and former government officials and others close to Mr. Trump, as well as a review of confidential White House documents, reveal numerous unreported episodes in a two-year drama.”

The New York Times uncovered new details in President Trump’s 2-year campaign of pressure and intimidation against the investigations encircling him. His efforts have exposed him to accusations of obstruction of justice as Robert Mueller finishes his work. https://t.co/82vk7ukEOb

Sen. Bernie Sanders (I-VT) confirmed to Vermont Public Radio that he is seeking the 2020 Democratic presidential nomination. Said Sanders: “I wanted to let the people of the state of Vermont know about this first. And what I promise to do is, as I go around the country, is to take the values that all of us in Vermont are proud of — a belief in justice, in community, in grassroots politics, in town meetings — that’s what I’m going to carry all over this country.”

In a recent YouGov poll, only 16% of respondents said they didn’t know what they thought of Bernie Sanders, compared with 38% who said the same of Kamala Harris and 29% who didn’t know what to think of Elizabeth Warren. https://t.co/nEwEHheHgB

Washington Post: “After Donald Trump became president, Sanders began to take a bigger role shaping the party, reintroducing ambitious bills, starting with ‘Medicare-for-all’ legislation. Those ideas have gained popularity since his 2016 run, but he now faces a diverse field of candidates, many of whom share his policy positions if not his democratic socialist beliefs.”

NBC News quotes from his email to supporters: “Together, you and I and our 2016 campaign began the political revolution. Now, it is time to complete that revolution and implement the vision that we fought for.”

Bernie Sanders is the current frontrunner for the 2020 Democratic nomination – for how long? My story: https://t.co/DHElfslZeK

I would say Bernie is A frontrunner, not THE frontrunner. He joins Kamala Harris, Elizabeth Warren and Joe Biden (assuming he runs) in the top tier of candidates. A second tier is forming with Cory Booker, Amy Klobuchar, Beto O’Rourke (if he runs), and Kirsten Gillibrand, with a third tier of Pete Buttigieg, Julian Castro, and Jay Inslee.

Hillary is not running again, no matter how many times Fox News dreams about it. Meanwhile, my thought is that Bernie Sanders will do no where near as well as he did in 2016 for three reasons: 1) he is one of many options in 2020, whereas he was only 1 of 2 options for much of the Democratic primary in 2016; 2) he is not running against Hillary; and 3) because he will be a victim of his own success as there are many progressive candidates running in 2020. It seems to me that both Bernie Sanders and Donald Trump have based their estimations of their appeal in 2020 on how they did compared to Hillary in 2016 (and it should be noted that she still beat both of them in the popular vote). They both will not be facing her this time around.

Don’t get me wrong: if Bernie is the nominee, I will be supporting him and voting for him. I just don’t think he will be, given the factors above.

“More than 6-in-10 Americans disapprove of President Trump’s decision to declare a national emergency so he can build barriers along the U.S border with Mexico,” a new NPR/PBS NewsHour/Marist poll finds.

“Nearly 6-in-10 also don’t believe there is an emergency at the southern border and that the president is misusing his presidential authority. They also believe that his decision should be challenged in court.”

Former FBI Director Andrew McCabe confirms that senior Republicans and Democrats were aware his agency was investigating the president.https://t.co/jXr8Tx2QnU

Former FBI Deputy Director Andrew McCabe told NBC News that the “Gang of Eight,” the congressional leaders regularly briefed by the executive branch on classified issues, did not object to the counterintelligence investigation into President Trump and his possible ties to Russia.

Said McCabe: “That’s the important part here, no one objected. Not on legal grounds, not on constitutional grounds and not based on fact.”

Charleston Post and Courier on how to campaign in South Carolina: “Make nice with party officials at every level … Develop a taste for barbecue: If you’re trying to watch your red meat intake while on the trail — or if you’re a vegan like U.S. Sen. Cory Booker — good luck. Even the collard greens will likely have some pork in them.”

“Get away from the big three: Spend time in South Carolina’s three major media markets — Charleston, Columbia and Greenville — but don’t count on that alone. … Pay attention to black voters, especially black women … If you don’t have a Southern accent, don’t try one now.”

“North Carolina elections officials looking into ballot fraud in the country’s last undecided congressional election are finding that votes were counted days ahead of Election Day in the rural county at the center of disputed results,” NBC News reports.

“Elections officials also said the election was marred by falsified signatures, blank ballots that consultants could complete and disappearing documents.”

Interesting @paulwaldman1 look at Bernie Sanders' candidacy, and why he may have a tougher time persuading primary voters this time around that the Democratic Party is a big part of the problem: https://t.co/X5EmZ9xhzt

“The Trump administration is launching a global campaign to end the criminalization of homosexuality in dozens of nations where it’s still illegal to be gay, U.S. officials tell NBC News, a bid aimed in part at denouncing Iran over its human rights record.”

“U.S. Ambassador to Germany Richard Grenell, the highest-profile openly gay person in the Trump administration, is leading the effort, which kicks off Tuesday evening in Berlin.”

A broken clock is right twice a day….

Washington Post: “The chatterbox in chief has eschewed the traditional way that presidents communicate with members of Congress, calling lawmakers at all hours of the day without warning and sometimes with no real agenda. Congressional Republicans reciprocate in kind, increasingly dialing up the president directly to gauge his thinking after coming to terms with the fact that ultimately, no one speaks for Trump but Trump himself.”

“Longtime senators who have served through multiple administrations say they have never seen a president so easily accessible to lawmakers. The calls are part of what occupies the wide swaths of ‘executive time’ on Trump’s schedule — an unstructured stretch of the day he uses to call allies and hold meetings that are otherwise not publicly announced.”

The hot new conservative legal argument: Congress can't investigate Trump because he has done too many crimes https://t.co/uYjtCCJax2

“Whistleblowers from within President Trump’s National Security Council have told a congressional committee that efforts by former national security adviser Michael Flynn to transfer sensitive nuclear technology to Saudi Arabia may have violated the law, and investigators fear Trump is still considering it,” according to a new report obtained by NBC News.

Washington Post: “The officials who objected included White House lawyers and H.R. McMaster, then the chief of the National Security Council. They called for a halt in the nuclear sales discussions in 2017, citing potential conflicts of interest, national security risks and legal hurdles.”

Roger Stone was ordered to show up in federal court on Thursday by Judge Amy Berman Jackson to explain why he violated a gag order by posting a photo of her on Instagram with cross hairs in the background.

Elizabeth Warren has the best plan in Congress to fight the opioid epidemic https://t.co/TG2e3fd9kD

The editor of a small-town Alabama newspaper published an editorial calling for “the Ku Klux Klan to night ride again” against “Democrats in the Republican Party and Democrats who are plotting to raise taxes in Alabama,” the Montgomery Advertiser reports. Writes editor Goodloe Sutton: “If we could get the Klan to go up there and clean out D.C., we’d all been better off.”

Howard Schultz pledged in a letter to supporters that he is committed to making sure an independent run for president would do “nothing to re-elect Donald Trump,” Axios reports.

Said Schultz: “As I’m sure you’ve seen, there have been some skeptical and even downright angry comments from party activists and inside-the-Beltway pundits in the press and on social media. Others have expressed genuine fears  that an independent candidate could help re-elect President Trump.”

He added: “I hear and respect this overriding concern, and have repeatedly promised that I will not be a spoiler. I am committed to ensuring that I will do nothing to re-elect Donald Trump. I mean it.”

If he means it, I guess that means he will not be running for President.

Sen. Amy Klobuchar (D-MN) “placed herself firmly in the center lane of the Democratic primary on Monday, calling popular progressive policy platforms ‘aspirational,’ and declining to fully commit to them,” Politico reports.

“The Minnesota Democrat called the Green New Deal ‘aspirational’ and said that Medicare-for-all is ‘something we can look to in the future,’ during a CNN town hall hosted in Manchester, N.H., on Monday night. On free four-year college, Klobuchar said: ‘No, I am not for four-year college for all.’”

“That’s a bold strategy, Cotton. Let’s see if it pays off for her.”

How sexist will the media’s treatment of female presidential candidates be? You can already rule out one answer: ‘Not at all.’ … My column on what's happened so far and what to expect — and to avoid https://t.co/ZiiGTE4adu

Politico: “From shuttering coal-fired power plants to fighting the gun lobby, obesity and Big Tobacco, Michael Bloomberg’s philanthropy has given away $6.4 billion and earned the love and respect of progressive-minded activists across the country. The question is whether that goodwill is enough to fuel a Democratic presidential primary campaign.”

“The network of Bloomberg Philanthropies recipients is vast, and it includes mayors throughout the country as well as grassroots climate-change, gun-control and education advocates and others who could form a ready-made army of campaign supporters, volunteers and paid staffers. Bloomberg’s political team is beginning to press the issue. As the former New York mayor nears a decision on whether to run, his advisers — led by right-hand man Kevin Sheekey — are asking beneficiaries of his largesse if they’d be on board for his presidential bid.”