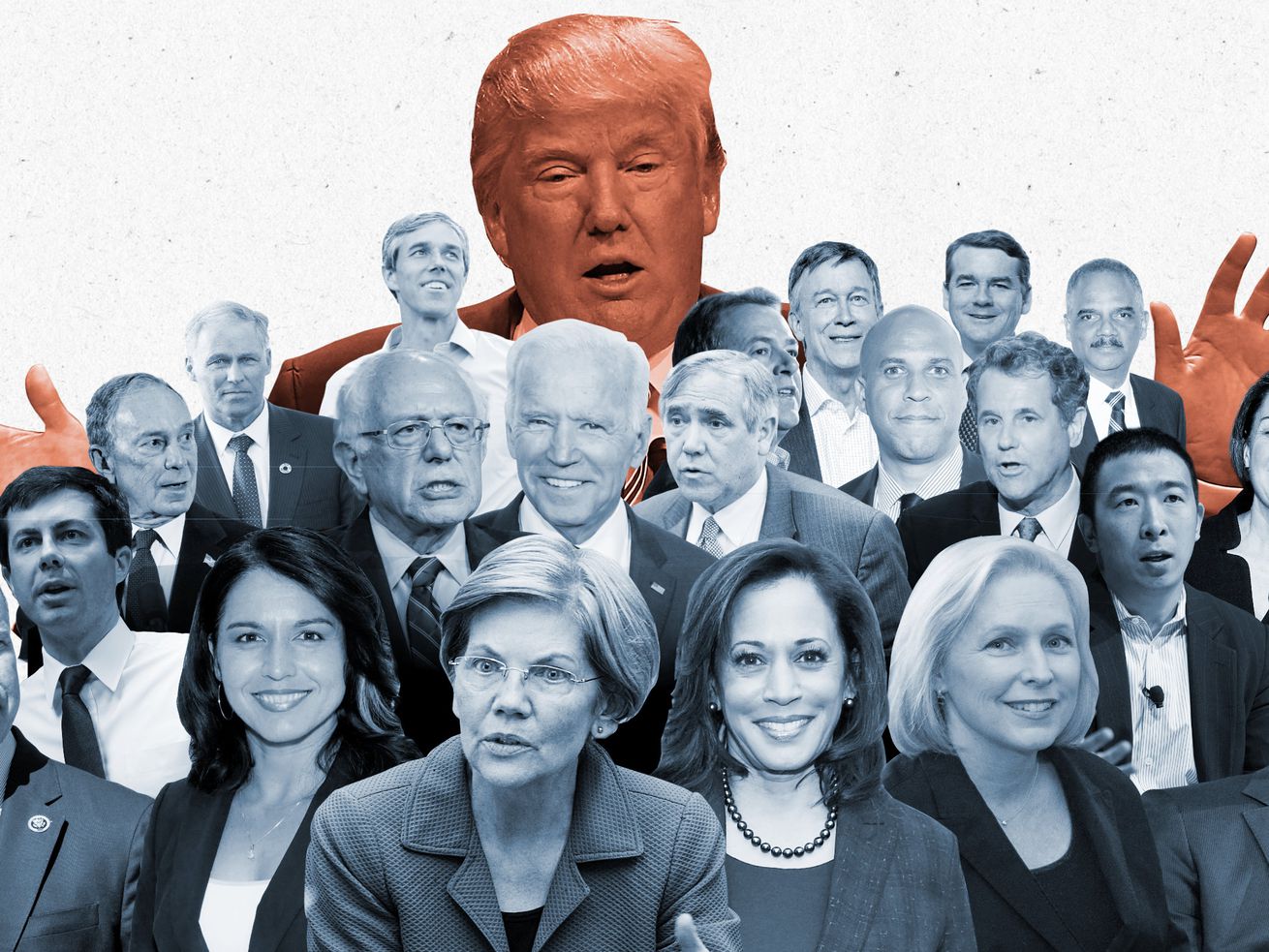 Top lawmakers say they have reached a deal to fund the government through the fall, a deal that would resolve ongoing disputes over immigration and — if signed into law by President Trump — stave off a partial government shutdown set to start Saturday, the Washington Post reports.

The details of the deal itself appear to still be in flux. A source briefed on the deal told TPM that the rough agreement cuts the number of detention beds available to the Immigrations and Customs Enforcement agency for undocumented immigrants, a point demanded by Democrats, and adds some money for new physical barriers at the border to please Republicans. According to the Washington Post, the deal cuts the total number of detention beds from 49,000 to 40,500, and gives $1.375 billion for border barrier construction — short of the $5.7 billion Trump has previously demanded.

Good response. I believe AIPAC and the Israeli government deserves all the criticism and condemnation they can get, and such is not anti-Semitic.

Sen. Elizabeth Warren (D-MA) told voters  that President Trump might be unable to finish his term, firing back at him for the first time since his reelection campaign attacked her rollout, the Washington Post reports. Said Warren: “By the time we get to 2020, Donald Trump may not be president. In fact, he may not even be a free person.”

President Trump’s advisers have informally discussed holding a summit at his Mar-a-Lago resort next month with Chinese President Xi Jinping to try to end the U.S.-China trade war, Axios reports. “It doesn’t appear that the U.S. and China have made much progress, so far, on the biggest structural issues that Trump has promised to conquer. These include China’s rampant theft of U.S. intellectual property, forced transfer of U.S. technology and trade abuses that China’s leaders have used to grow their economy at America’s expense.”

Rep. Walter Jones Jr. (R-NC), who made it his mission to atone for his vote sending U.S. troops into Iraq in the early 2000s, died Sunday on his 76th birthday, the Raleigh News & Observer reports.

Washington Post: “Jones began his tenure on Capitol Hill as a staunch conservative and voted in 2002 to authorize military action against Iraq. He came to view the invasion as a mistake, and sought to do his penance by writing to the relatives of every deceased U.S. service member, one heart-wrenching letter at a time.”

Steve Schmidt, who is advising former Starbucks CEO Howard Schultz on an independent presidential bid, abruptly walked off his own podcastwhen co-host Adam Levine pressed him on how Schultz could actually get the 270 electoral votes he needed to win, the Daily Beast reports.

SCHMIDT: This is bullshit. I’m not doing this.

LEVINE: Steve, you’ve got to answer the questions.

And with that, Schmidt slammed down his headset and abruptly ended the interview. “He threatened legal action against the studio if the interview airs, according to a source involved in the discussion. When his legal threat failed, he offered to buy the recording… The studio refused.”

“Millions of Americans filling out their 2018 taxes will probably be surprised to learn that their refund is less than expected or that they owe money to the Internal Revenue Service after years of receiving refunds,” the Washington Post reports.

“People have already taken to social media, using the hashtag #GOPTaxScam, to vent their anger… The uproar comes after President Trump and congressional Republicans passed a major overhaul of the tax code in December 2017, the biggest legislative achievement of the president’s first year.”

Washington Post: “Klobuchar took pains to portray herself as someone who, with experience at the local and federal levels, would bring competence to the White House, contrasting that with the current environment of chaos and shutdowns in Washington.”

Nate Silver: “As compared to candidates such as Harris and O’Rourke, who might hope to blitz their way to victory on the basis of strong fundraising and early delegate accumulation in California and Texas, Klobuchar is probably playing a long game. But doing so requires hitting two important mile markers. First, success in the debates. And then a strong performance in the Iowa caucuses.”

Shortly after announcing her presidential bid on Sunday, Sen. Amy Klobuchar (D-MN) offered a defense against the recent reports that she has consistently mistreated members of her staff, the HuffPost reports.

A draft resolution calling for the impeachment of Virginia Lt. Gov. Justin Fairfax (D) has been circulating among Virginia Democrats over allegations of sexual assault, and might be introduced as soon as Monday, Reuters reports.

At least four staffers associated with Virginia Lt. Governor Justin Fairfax (D) have resigned after news broke that a second woman came forward with sexual assault allegations against him on Friday, the Richmond Times-Dispatch reported Monday.

Two of his government aides resigned –Adele McClure, his policy director and Julia Billingsly, his scheduling director — as well as two staffers with his PAC, We Rise Together, executive director Dave Mills and fundraiser Courtney McCargo.

New York Times: “The Trump administration was moving on its own to fortify the southwestern border with thousands of active-duty military troops. The number of deployed troops on the Mexican border was set to exceed the high of 5,900 reached around the November elections, as about 3,700 active-duty troops were being sent to assist with the Department of Homeland Security’s border patrol efforts.”

“Senior officers are voicing greater worries that the deployed troops are not conducting the training needed for their regular missions, while other military units must now pick up the routine duties on behalf of their deployed colleagues.”

“McClatchy interviewed 31 Democratic strategists — pollsters, opposition research experts, media consultants, ex-party officials, and communications specialists — from across the country about a potential Biden campaign. Nine agreed to speak on the record; all others quoted anonymously do not plan to be affiliated with any candidate running in the presidential primary.”

“Strikingly, these conversations yielded a similar view: The Democratic political community is more broadly and deeply pessimistic about Biden’s potential candidacy than is commonly known. While these strategists said they respect Biden, they cited significant disadvantages for his campaign — from the increasingly liberal and non-white Democratic electorate to policy baggage from his years in the Senate and a field of rivals that includes new, fresh-faced candidates.”

Rep. Seth Moulton (D-MA) told BuzzFeed News that he is thinking about running for president. Said Moulton: “I’m not definitely running, but I’m going to take a very hard look at it. A very serious look at it. Because I believe it’s time for a new generation of leadership, and we gotta send Donald Trump packing.”

Washington Examiner: “Scandal is threatening to fell the top three Democrats in Virginia’s capital, Gov. Ralph Northam, Lt. Gov. Justin Fairfax, and Attorney General Mark Herring. The tumult could cost Democrats seats in the legislature this November in the off-year elections Virginia holds, while boosting Trump’s prospects across the commonwealth. Virginia has been trending blue for more than a decade, and Republicans had presumed it off the table for 2020.”

“The Republican Party isn’t immediately positioned to profit from its unexpected good fortune. The GOP’s state affiliate is in shambles, and the Trump campaign, although it has time to ramp up, isn’t entrenched on the ground. That could hinder Republican gains in upcoming elections, even as a Democratic meltdown loosens what appeared to be a liberal vise grip on Virginia voters.”

“Newsom’s and Grisham’s actions are a fresh, if symbolic, affront to President Trump’s description of an immigration crisis on the nation’s southern border.”

A new Pew Research poll finds 53% of Americans think it is generally unacceptable for a white person to use makeup to darken their skin to appear to be a different race as part of a Halloween costume, including 37% who say this is never acceptable. Meanwhile, 34% say this is always or sometimes acceptable.