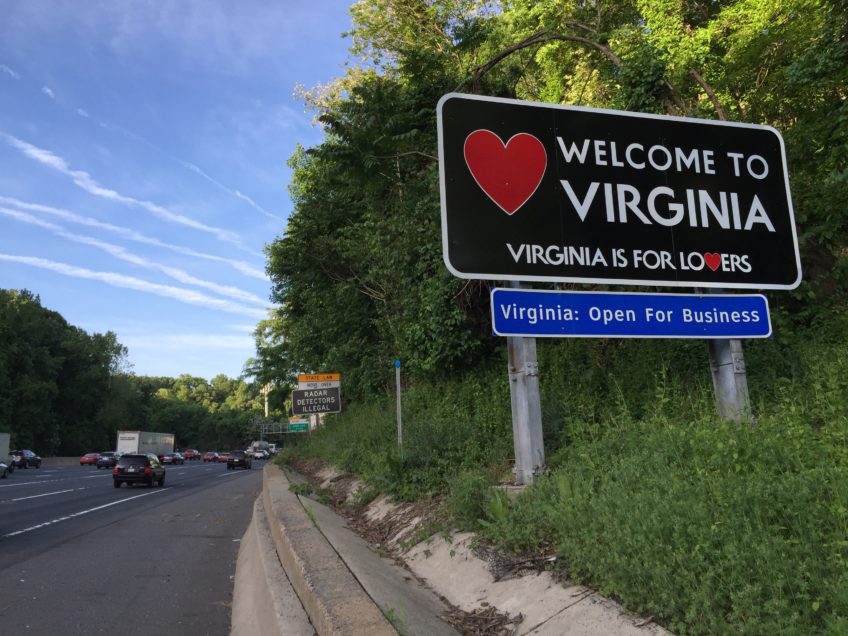 My head is spinning. DD touched on this in today’s ‘What Now’ Open Thread, but I’ll let Vox sum it up again:

This all began with a racist photo in Northam’s 1984 medical school yearbook showing two people, one in blackface and another in Ku Klux Klan garb. Northam first apologized for the photo, only to say it wasn’t him a day later. Then, Northam chose to highlight a separate incident in which he did dress up in blackface for a Michael Jackson costume.

Then an allegation of sexual assault surfaced. Vanessa Tyson, a Scripps College politics professor alleges Fairfax forced her to perform oral sex on him in 2004 at the Democratic National Convention in Boston. Tyson told her story to the Washington Post in 2017, when Fairfax was running for office, but the Post couldn’t corroborate it. She has since gone public, and her colleagues say she told them of the incident in the past. Fairfax said the encounter with Tyson was consensual. He denied it was an assault.

Meanwhile, the third-ranking Democratic leader, Herring, a 57-year-old white former state senator who is running for governor in 2021 (Virginia has a one-term limit on governorships) had an admission of his own: He and his friends “dressed like rappers” in blackface for a college party in the 1980s.

To top it all off, Cox got his speakership only after the state settled a tied election — that determined which party would control the chamber — by drawing a name out of a bowl.

Let’s break this down.

We’ll start with Northam.The photo in Northam’s medical school yearbook crossed every line imaginable. The image of the KKK hooded guy standing next to the guy in blackface left no one in doubt as to its message. This photo does not fall under the heading of a college prank or guys just goofing around (FYI: Blackface never falls under this heading). If a picture is worth a thousand words, this one exceeds that number. There’s simply no excuse for this photo.

But it’s what came after this picture came to light where Northam really blew it. First, Northam apologizes for the picture. Then he says it wasn’t him. Then he gives the worst press conference ever – a press conference where he reaffirms that he didn’t know about the yearbook picture, but admits to employing blackface when dressing up like Michael Jackson, complete with detailed instructions on how to apply blackface. WTF?

Apologize. Then deny. Then condemn. Then toss in the fun time you did don blackface. You know, this was a moment for an honest conversation about racism and how pervasive it is. How that picture, and the mindset around it, are far more commonplace then people admit. I’m not sure if honesty would be enough, because the violence that picture communicated is indefensible.

My verdict on Northam: Resign.

Next up, Herring – who admitted that he and his friends “dressed like rappers” in blackface for a college party in the 1980s.

Herring states that he employed blackface due to “ignorance and glib attitudes”. He dressed up as rapper, Kurtis Blow.

Side by side, Northam’s and Herring’s situations are different, and yet the same. Both are wrong. Both demonstrate how prevalent and casual racism is in our society. Both men claim to have donned blackface due to some sort of ignorance – that they didn’t realize it was wrong – which tells me they don’t know the history surrounding blackface.

I’m not sure how Herring will handle this. May I suggest an honest conversation about why he thought this was okay at the time? People grow and learn. Avoiding discussing who you were and how you’ve changed – and why – won’t make this admission go away.

My verdict on Herring: Wait and see what he does. There’s an opportunity here for him to say what everyone knows, but denies – that racism is deeply embedded into our systems and our psyche. Honesty and sincerity are a must, and, when it comes to race and white people, both of those are in short supply.

Pleading ignorance as to what’s wrong with blackface shines a bright light on privilege, and begs the question, “Why don’t you know the history of blackface?” It’s an ugly history. Blackface isn’t a harmless joke or just fun – it was never meant to be. If someone doesn’t understand that fact then they never took the time to learn. They didn’t need to. And that’s exactly what privilege looks like.

Finally, Fairfax. I take allegations of sexual assault very seriously, but if you’re comparing this situation to Kavanuagh, you’re doing it wrong. In fact, the only thing I called for in Kavanaugh’s situation was a complete FBI investigation (which didn’t happen). I’m calling for the same thing with Fairfax. The allegations deserve an investigation.

My verdict on Fairfax: Investigate the claims.

Yes, my thoughts on these situations vary, mostly because I’m waiting to hear more before I decide. I’m keenly aware that certain people are taking political advantage, but I refuse to listen to Republicans and Conservatives on matters of racism and sexism – two things they either don’t believe exist or they’re A-okay with. I’m also keenly aware of the backlash, from conservatives, Dems, Republicans, progressives, liberals, (or whatever you’re calling yourself) against #MeToo and their sneering use of the term “Identity Politics” – as if their identity isn’t displayed every time they use that term.

There’s a way to discuss these individual situations, and it isn’t lumping them all together under the heading of identity or purity politics. Two terms that allow individual situations to morph into an all encompassing identity – which seems to be the point. And yeah, we all get the terms identity politics and purity politics are a slur designed to dismiss individual voices. Perhaps we can knock it off? Or, at least, take a hard look at how many people of color or women are present when we use these terms. Basically, how big is your circle?

8 comments on “Virginia, And The Subjects We Still Won’t Discuss”