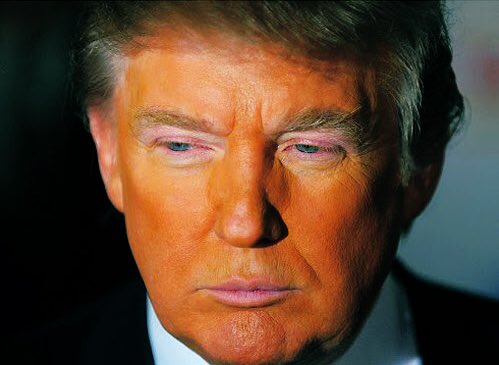 Majorities of independents (59%), women (64%) and suburbanites (56%) rule out supporting Trump for a second term.

Also interesting: While 75% of Republicans and GOP-leaning independents approve of Trump’s performance in office when asked separately, nearly 1 in 3 say they would like to nominate someone other than Trump to be the party’s candidate for president.

Former Starbucks CEO Howard Schultz “may not decide on making a independent run for president until this summer or fall and will only be a candidate if he sees a plausible way to win the White House,” Bloomberg reports.   Said adviser Bill Burton: “He 100 percent will only run if he sees a viable path. There’s no chance he gets in this race if there isn’t a path.”

Burton added it may not be until “summer or fall” when Schultz makes a decision. By that point the frontrunners among the wide field of Democratic contenders may become clearer.   Meanwhile, the Washington Examiner reports that top Democratic groups threaten to unleash arsenal to torpedo Schultz’s third-party bid.

Speaker Nancy Pelosi invited President Trump to deliver State of the Union on Feb. 5 in the House chamber, the Washington Post reports.

Stacey Abrams will deliver the Democratic response to President Trump’s State of the Union address next week, Politico reports.  Abrams drew national attention last year when she ran for governor of Georgia.

There's one potential advantage to his bid: he could pick off conservative voters who dislike Trump but aren't ready to vote for a Democrat.https://t.co/a9uwcloa80

Billionaire former Starbucks CEO Howard Schultz told CNBC that he can’t run for president as a Democrat because he doesn’t like Rep. Alexandria Ocasio-Cortez’s (D-NY) proposal to slap a 70-percent marginal tax rate on income above $10 million.  Said Schultz: “I respect the Democratic Party. I no longer feel affiliated because I don’t know their views represent the majority of Americans. I don’t think we want a 70 percent income tax in America.”  He added: “If I ran as a Democrat, I would have to say things that I know in my heart I do not believe, and I would have to be disingenuous.”

First Read: “We get the math why Democrats are worried… But are Democrats right now overreacting to someone who has almost zero name identification — unlike Ross Perot in 1992 or Trump in 2016? Someone who champions deficit reduction and entitlement reform — in this current political environment?”

“Are Democrats worried that their nominating process won’t produce a nominee that can win over both progressives and independents? Is it possible that the threat of Schultz running as an independent makes them nominate someone who’s, well, more pragmatic and able to win over independent voters?”

Sen. Lindsey Graham (R-SC) is urging President Trump “to up the ante in talks over his border wall: To push for an increase in the national debt limit as part of a legislative package to avert another government shutdown in mid-February,” CNN reports.

“Taking such a step would amount to a dramatic move by the President: He could dare Democrats to block funding for the border wall and risk sending the country into default in the process. Graham said agreeing to one big package could clear the decks of the thorny issues facing Congress in the weeks ahead.”

Playbook: “This seems like such an epically bad idea. The debt limit is the most dangerous legislative tool Congress can play with.”

House Minority Leader Kevin McCarthy (R-CA) said that a border security compromise that Congress hopes to produce doesn’t have to include the word “wall,” signaling a rhetorical retreat from a term that President Trump made a keystone of his presidential campaign.

Said McCarthy: “It could be barrier. It doesn’t have to be a wall.”

Amash was commenting on a tweet from Sen. Lindsey Graham (R-SC) who said Trump “must” declare a national emergency for construction of a border wall if there’s no deal with lawmakers.

The debate in the Democratic Party is going to be between Medicare for All (Sanders, say), Medicare for Most, and Medicare for Some (the poor and those who want to buy into it).

This is a thoughtful version of a Medicare for Most plan: https://t.co/ghyblmwMRd

“A new American intelligence assessment of global threats has concluded that North Korea is ‘unlikely to give up’ all of its nuclear stockpiles, and that Iran is not ‘currently undertaking the key nuclear weapons-development activity’ needed to make a bomb, directly contradicting two top tenets of President Trump’s foreign policy,” the New York Times reports.

“Daniel Coats, the director of national intelligence, also challenged Mr. Trump’s insistence that the Islamic State had been defeated, a key rationale for his decision to exit from Syria. The terror group, the annual ‘Worldwide Threat Assessment’ report to Congress concluded, ‘still commands thousands of fighters in Iraq and Syria,’ and maintain eight branches and a dozen networks around the world.”

“Russian officials made a secret proposal to North Korea last fall aimed at resolving deadlocked negotiations with the Trump administration over its nuclear weapons program,” the Washington Post reports.

“In exchange for dismantling its nuclear weapons and ballistic missiles, Moscow offered the country a nuclear power plant.”

Axios: “This marks yet another example of an emboldened Russia intervening publicly and privately in key global hotspots, often times in direct conflict with U.S. interests.”

The backlash to last years' walkouts is here https://t.co/VrjGpgC2ES

Jonathan Bernstein: “Sen. Kamala Harris did a CNN Town Hall in Iowa on Monday night. If anyone had doubts about her readiness for the campaign trail, her performance should’ve put them to rest. She knew her stuff, knew how to interact with a big crowd on television and generally seemed as presidential as anyone does in such settings, at least aside from actual presidents.”

“That said, it’s not clear that she can stand out from the crowd. She’s good at this type of campaigning. But I expect Senators Cory Booker, Sherrod Brown, Kirsten Gillibrand, Amy Klobuchar, Elizabeth Warren and a few others will be solid as well. As a group, they’re well-informed on policy (or at least know enough to fake it). They have real proposals that they can talk about in shorter or longer bursts. They know how to deliver an attack line against the president (to which the audience of Iowa Democrats was extremely receptive). They’re going to seem professional and serious.”

Sen. Richard Blumenthal (D-CT) hinted to MSNBC that Donald Trump Jr. might have perjured himself in Senate testimony.

Said Blumenthal: “I’m barred from saying whether any testimony has been conveyed to the special counsel.  But I can tell you this much, I was in the room when a great many of these witnesses appeared before the Senate Judiciary Committee behind closed doors. I think many of them should be called back to testify in public and I hope that will be true of other congressional committees, as well, because behind closed doors, there were questions, serious issues concerning their truthfulness and that issue pertained particularly to Donald Trump Jr. in a number of contentions before our committee.”

He added: “I think this common thread of lying to Congress and particularly to congressional committees may ensnare a number of others potential targets in this special counsel’s investigation and become a matter of criminal action.”

What happens if the end of the Mueller investigation turns out to be pretty anticlimactic? I explore this scenario – and four other, more dramatic possible outcomes – in my latest @FiveThirtyEight https://t.co/vkSU56TowL

“Senate Republicans can’t stomach another government shutdown. After weathering 35 days of a partial shuttered government, the Senate GOP is dreading the possibility another one will hit in fewer than three weeks — a sentiment that could prevent President Donald Trump from closing the government again,” Politico reports.

“Though House Republicans aren’t ruling out supporting the president should he choose another confrontation over his border wall, the Republican Senate majority — which actually has governing power — has another view.”

President Trump’s campaign manager “is pushing him to hold firm in his ongoing battle with Democrats over funding for a border wall with Mexico,” CNN reports.

“Brad Parscale is making his pitch as Trump continues to negotiate with Democrats over border wall funding with the possibility of another government shutdown looming in less than three weeks.”

“As part of his pitch, Parscale is presenting the President with internal data that shows voters in key swing areas believe a border wall or fence is needed.”

“Paul Kamenar, the defense attorney, says the assertion from Mueller’s team made clear to him that Mueller and the Justice Department are considering an additional indictment of Roger Stone or have plans to charge others.”

Kamala Harris is going where few Democrats hav gone before, calling for an end to private health insurance.

There's a reason they haven't gone there: https://t.co/TA3YtWbC8c

“President Trump’s nominee for attorney general is expected to clear the Senate Judiciary Committee and be confirmed by the full Senate, but Democrats are worried he will limit special counsel Robert Mueller’s investigation of Russian interference in the 2016 election.”

Why Democrats should welcome, not fear, a 2020 bid from the former Starbucks CEO: https://t.co/WFvs3yD13d

A new study says that climate change “will impose the greatest economic losses on Republican-leaning areas of the country that are almost uniformly resisting new efforts to combat it,” CNN reports.

“In the study, researchers at the Brookings Institution’s Metropolitan Policy Program found that states, counties and congressional districts that voted Republican in 2016 and 2018 will suffer greater economic and environmental damages from a changing climate over the coming decades than places that voted Democratic in the past two elections. As a share of income, rural areas that now break predominantly for the GOP will likewise suffer greater losses than the metropolitan centers that have become the backbone of the Democratic coalition.”

I break down the reasons Bernie Sanders is going to have trouble duplicating his success in 2016: https://t.co/DdJQFCjWre