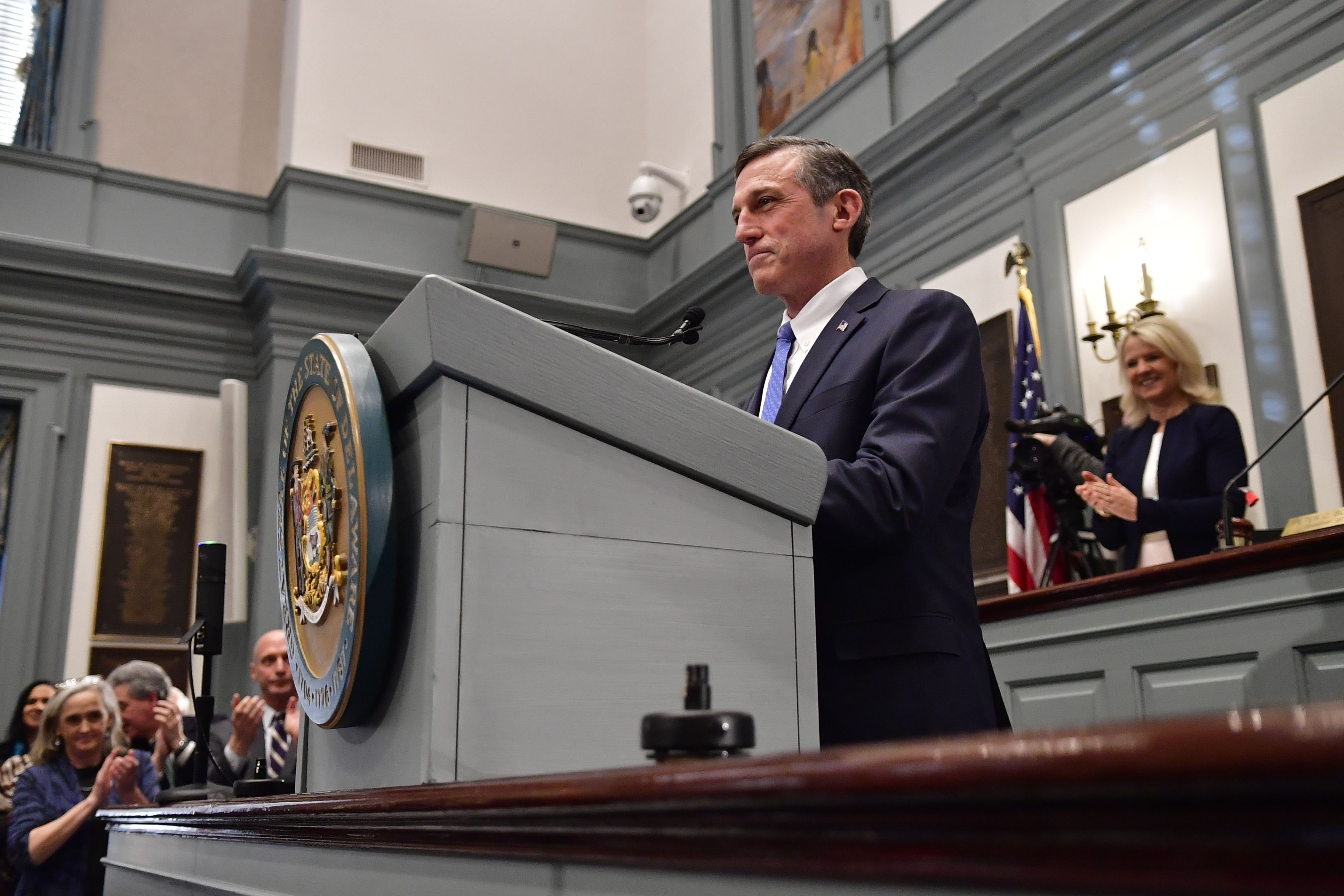 I don’t see this in any news venues yet, but it was announced by Press Release late this afternoon:

Loans funded through the program announced Thursday would be made by a financial institution and with a loan guarantee from the Delaware State Housing Authority (DSHA). Workers and their families could use loan proceeds to keep up with their mortgages, pay utility bills, and other housing-related expenses during the shutdown. In partnership with the State of Delaware, West End Neighborhood House will assist workers in completing applications, and will offer optional financial coaching services.

About 500 federal employees who live in Delaware continue to go unpaid.

This program is essentially the same as the one that the GOP killed yesterday in the Senate.  It was designed to try to provide temporary loan support to about 50% of the Federal employees in the state (262 people).   The estimate is that there would be a max of  $1,312,500 in loans (up to one month’s pay) with a 6% anticipated loss of $79,242.  The anticipated loss was the $80K that the State was putting in as the loss backstop.

It means that this loan program bypasses M&Ts usual underwriting requirements.  If you can prove you are a Fed worker and prove salary, you are eligible for a loan — no matter your credit record.  West End is also providing its financial counselling services as well  — helping borrowers to work with creditors, help borrowers budget and get them connected to resources like food banks as needed.  All told, West End is contributing anywhere from 500 -1000 hours of staff time, M&T is providing the loan pool and their internal overhead to manage this program and all for the price of the anticipated loan loss of 80K.

This is an excellent leveraging of State funds and a genuinely amazing partnership between West End, M&T and the State to help some of our residents that are not getting their paychecks due to the shutdown.  But the GOP objects.  This is a quote from NCCo Republican Chair Chuck Boyce from an article yesterday:

“Week after week our elected officials in Dover push through feel-good legislation to keep up the appearance they’re hard at work for the people of Delaware. These two bills are a great example of the smoke and mirrors we’ve unfortunately grown accustomed to from the political class” said Boyce. “Of course we are all concerned for our fellow Delawareans that are suffering due to the federal government shutdown, but this legislation creates special privileges for those who are employed by the federal government, and sets a precedent that those that work for the government are more deserving than those that have suffered hardships in the private sector.”

If you are not getting paid in the private sector, you are laid off AND NOT WORKING.  And you are free to find other work and file for unemployment.  Not so in the Federal sector.   The folks we are talking about here are *furloughed* — now working or not (depending upon work status) without getting paychecks.  Does anyone else wonder why these Party of Business types don’t know much about business?

And while Colin Bonini may support the work that Dover FCU is doing to help their members during this shutdown, they *are* an FCU so their program will work for those who are members or who could be.  Dover FCUs customers are mainly from Dover AFB and they are mainly not part of the shutdown and getting paid.  In addition, Bonini wants to contribute to GoFundMes for Delawareans not getting paid.  The problem with that (for many of these folks) is that they are prohibited from taking money from these kinds of sources.

In Delaware, the majority of people who are not getting paid are from the Department of Agriculture, the Federal Courts and Commerce Department.  I am not even sure if that number includes the Delawareans who work for the Feds and commute to Philly or Baltimore.    Some of these folks have yearly financial disclosure requirements and financial records. Not paying bills or being routinely late on those bills can be cause for termination from these jobs.

But this bit is VERY choice:

“Lining the pockets of financial institutions…in the midst of a crisis is frankly not the job of state government.”, added Boyce

The GOP is all about lining the pockets of financial institutions.  It is why they are destroying the Consumer Financial Protection Bureau because it has been highly efficient in getting money out of the pockets of these institutions and back into the pockets of the consumers they stole it from.  I expect that the GOP’s objection to M&T volunteering to help here is that M&T isn’t trying to rip off anyone to make a buck in this transaction.

I wanted to provide some background to this entire program, mainly because I don’t see it in the news.  Nor do I see anyone pointing out the utter idiocy of the GOP’s objections here.  They are basically operating from their Prime Directive these days — The Cruelty Is the Point — finding community and purpose in making sure as many of us suffer as possible.

4 comments on “Governor Carney Stands Up the Fed Employee Loan Program, or, Delawareans are REALLY Glad the GOP Is Not In Charge”