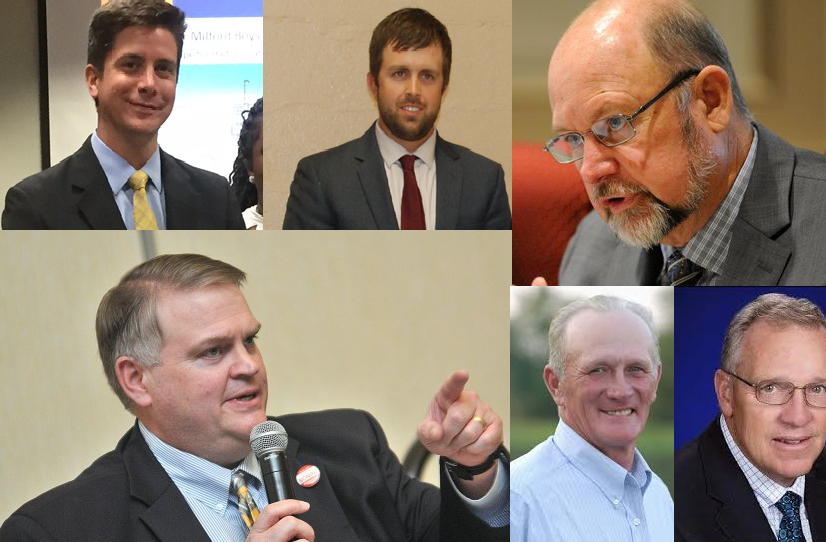 Six Delaware State Senators, all Republicans, refused to lend a hand to 500 Delaware residents who are furloughed federal employees. Twice. This evening. Colin Bonini, Gerald Hocker, Dave Lawson, Brian Pettyjohn, Bryant Richardson, and Dave Wilson. All think that unpaid federal workers should be made to suffer so long as Trump keeps the federal government shutdown.

Valerie Longhurst’s HB 3 would authorize the Office of Management and Budget to partner with financial institutions and non-profit providers to establish a temporary loan program for furloughed and unpaid Federal employees as a result of the Trump Temper Tantrum Shutdown. This bill passed the House unanimously.

The House and Senate did pass HB 2, which would allow for the temporary suspension of judicial and administrative proceedings and transactions in Delaware that may adversely affect the civil rights of Federal workers during a shutdown. The Act permits a Federal worker who is furloughed or required to work without pay during a shutdown to apply to a court or administrative agency for a temporary stay, postponement or suspension of any payment of rent, mortgage, tax, fine, penalty, insurance premium, or other civil obligation or liability. A court or administrative agency may grant such relief if it finds that the ability of the Federal worker to pay such obligation has been materially affected by the shutdown. The length of stay may be for the period of the shutdown and 90 days thereafter.

This Act also prohibits landlords from evicting a federal worker from premises that are occupied or intended to be occupied primarily as a residence. This Act also prohibits the lapse, termination or forfeiture of the health, life, disability, or motor vehicle insurance policy of a Federal worker without a court order. This Act also places limits on the interest rate that can be imposed on a Federal worker during a shutdown. Finally, this Act empowers the Attorney General to enforce the provisions of the Act and permits a court to impose a civil penalty of not more than $10,000 for violations of the Act.

Four Republicans voted no in the House.  Rich Collins, Shannon Morris, Jesse Vanderwende, Bryan Shupe. They join the original craven six Senators above, who also voted no on HB2.

12 comments on “Republicans say screw you to unpaid federal workers.”