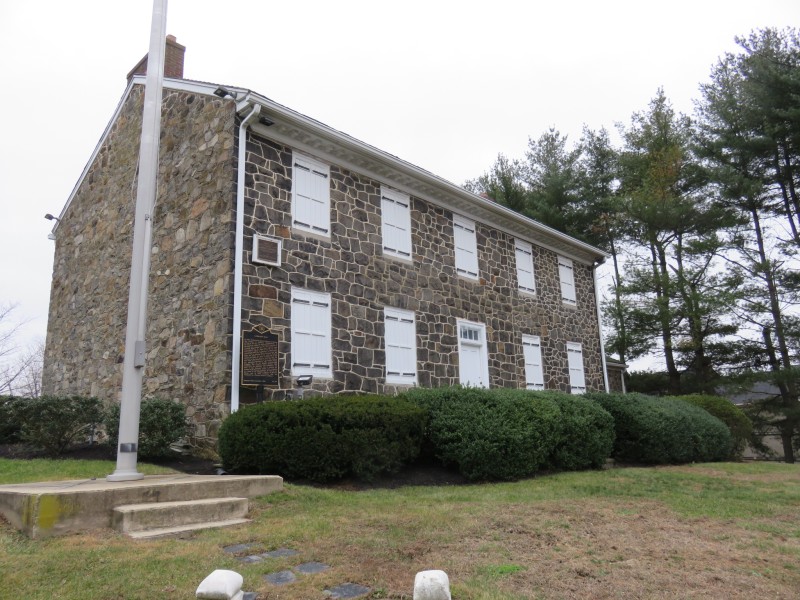 Lombardy Hall, on Concord Pike in Fairfax. The house was built in 1750. The house was bought by Gunning Bedford, Jr., in 1786. Bedford was a signer of the United States Constitution in 1787, and was the cousin of Gunning Bedford, Sr., who was the 11th Governor of Delaware. Bedford enlarged the house in 1793, adding the ballroom to the right. A cemetery was created on the property in 1889, and the house served as a morgue. The house became a Freemason lodge in 1967. Photo by xzmattzx.