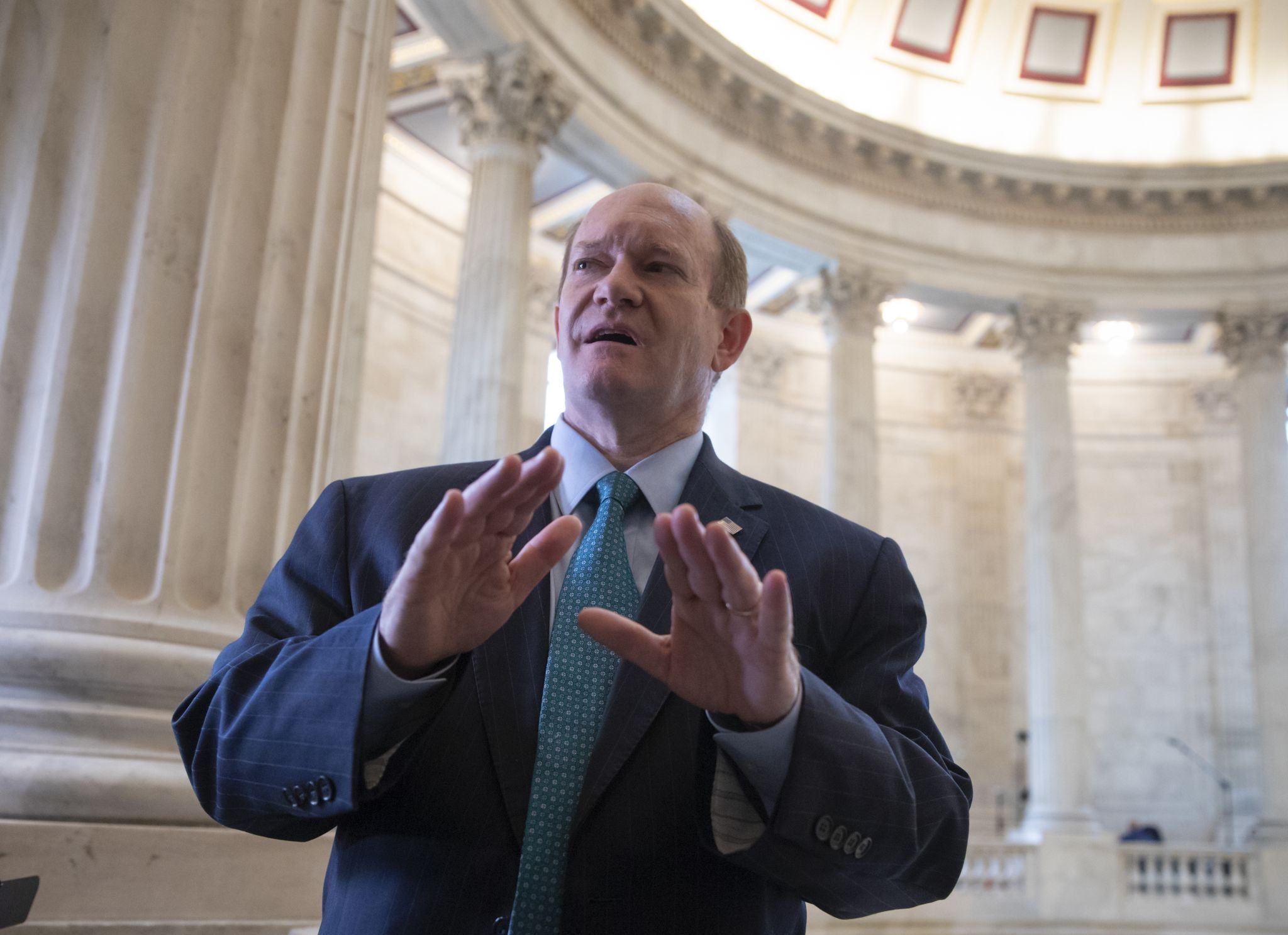 EDIT:  It appears that the radio station referenced has taken down their story and their FB post on this.  Now I wish I had gotten a screen shot!   Am leaving it up just so you can be reminded of the “journalistic standards” of wingnut radio.

At least, that is exactly what this looks like to me.   Delaware 105.9 posted up this bit of breathless reporting on what they believe is a “progressive group” that is calling on Senator Chris Coons to change his name because it is “offensive.  Yep, read that again.

105.9 posted a copy of the Tweet in question, so I went to Twitter to find this group.  And it is there.  As of about noon today, this is their front page:

I am nowhere near the world’s expert on Twitter, but even I know that a fairly recent account, with very little to Tweet out or even to comment on, is not an account to be trusted.  Pretty much everything here looks like a wingnut’s take on some left and far left issues.  And they have NO audience, right?  Unless one of their 8 followers is a 105.9 reporter, someone specifically put this thing in this station’s hands.  Where they went to town leading with their preconceived notions of the “identity politics left”.   They apparently spoke to someone who admitted to owning this account, but would not ID themselves.  Which doesn’t sound like much of the progressive Delaware I know.  The folks I know would not hide behind a clear bad parody account to critique any politician in Delaware.

This is the quote this station seems to think is crucial:
“For us to truly move forward, U.S. Senator Chris Coons, who was a firm supporter of our movement to push the NFL on changing the name of the Redskins, must change his surname,” the group wrote. “We believe there is no difference in having a name associated with a past of slave-ownership and ‘accidentally’ using a slur during live broadcast.”

How do you not know you are being punked here, Delaware 105.9?  Probably because this counts as “grievance reporting”.  Reporting that is supposed to signal to your readers that the left really is this bad.  Except this is not reporting and they should apologize to their listeners and readers.

Not holding my breath here.  But be on the lookout for this BS.  There’s probably more coming.  Because outlets like Delaware 105.9 would not deign to speak to real progressives.

Kudos to Chris Coons’ office for not paying attention to this BS.