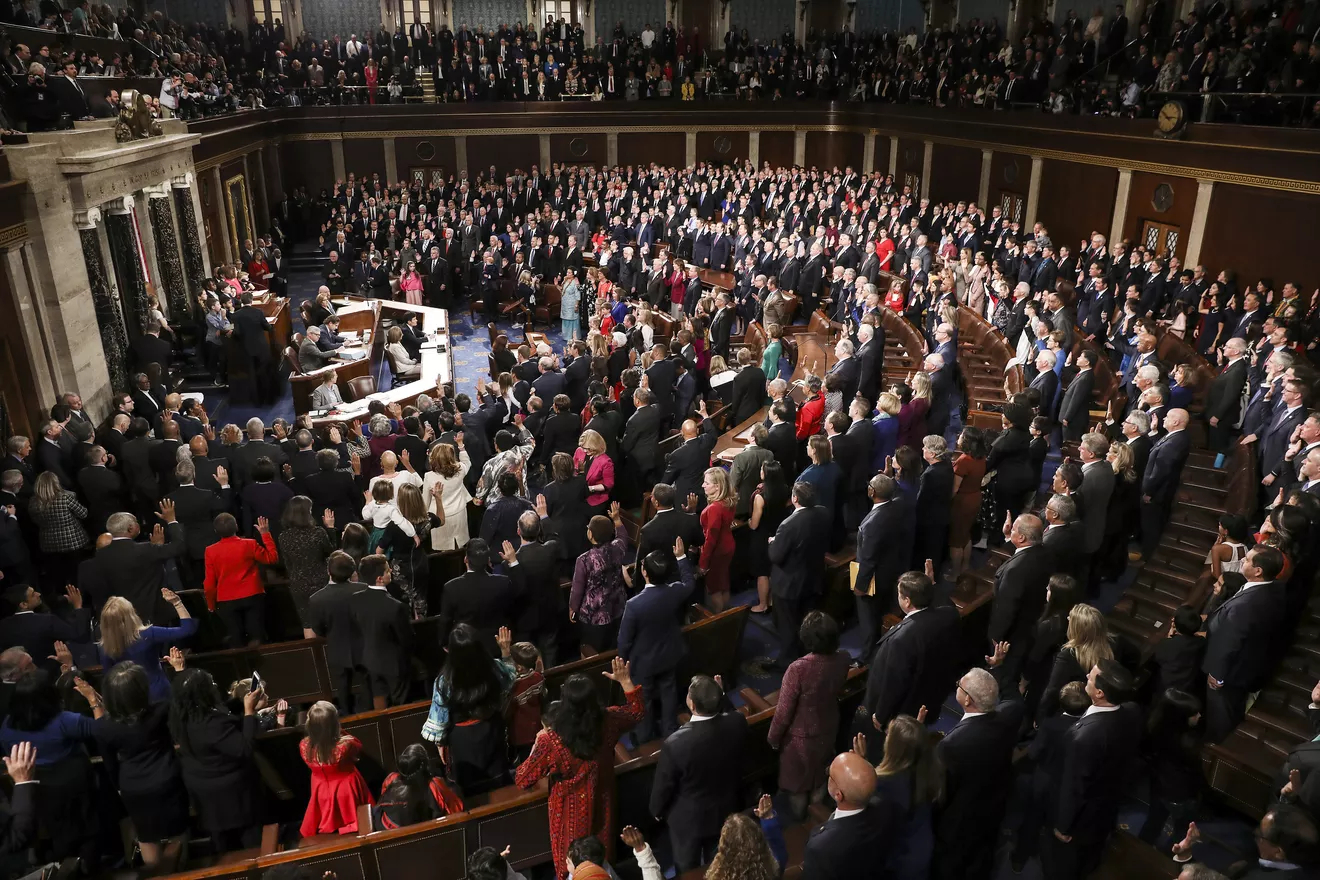 “On a day of pomp and pageantry, ebullient Democrats assumed control of the House on Thursday and elected Representative Nancy Pelosi of California to be speaker, returning her to a historic distinction as the first woman to hold the post at the pinnacle of power in Congress, second in line to the presidency,” the New York Times reports.

“The investiture of Ms. Pelosi, whose talent for legislative maneuvering is surpassed only by her skill at keeping her fractious party in line, placed her at the fulcrum of divided government opposite an increasingly combative President Trump. With Mr. Trump, his presidential campaign and his businesses all under federal and state investigations, her handling of him will likely define the 116th Congress.”

“The past seven speakers of the House have lost their majority, been forced out by their own colleagues, or stepped down amid personal scandal. One of them — Nancy Pelosi — now has a second chance to rewrite her legacy,” Politico reports.

“On Thursday, the 78-year-old Pelosi will be the first person in more than six decades, since the legendary Texas Democrat Sam Rayburn, to return to the speaker’s chair after losing it. She will be surrounded by children as she does so, a replay of an iconic moment from her January 2007 swearing-in ceremony as the first female speaker in history.”

Sen. Cory Gardner (R-CO), “who faces a potentially tough re-election in 2020, says Congress should re-open the federal government, even without a deal on funding President Trump’s border wall,” The Hill reports.

“Gardner is the first Senate Republican to call for ending the partial shutdown even without a deal on President Trump’s demand for $5 billion to fund a border wall. “

The 10 Democratic House committee chairs you need to know in 2019:https://t.co/R7M3RxjFb5

“Several states that caucused in 2016 will hold primaries instead in 2020, potentially dealing a blow to Sanders and other Democratic hopefuls with zealous followings,” Politico reports.

“Four of the caucus states that Sanders won — Nebraska, Idaho, Minnesota, and Colorado — will use primaries to determine how many pledged delegates were allocated to each Democratic candidates. More could soon follow… That dramatic shift could affect not only Sanders if he runs, Democrats said, but progressives in general.”

Caucuses are undemocratic.  It’s good states are moving away from them.

Republicans cheer as Bolsonaro leads Brazil into an era of racism, sexism, and violent homophobia https://t.co/d8I8KkMafS

John Harris: “At important junctures of his public career Romney—like many or perhaps most politicians—has revealed himself as a supremely transactional figure, flexible in altering his words and his positions to align with self-interest as the occasion demands. If Trump is the more transactional figure—boasting about his deal-making savvy rather than trying to defend his gyrations as rooted in some higher morality—this is only a difference in degree, not a difference in kind.”

“Once the debate leaves the field of principle and moves to the field of results, there is no denying which of the two transactional figures is better at the game. … In all his campaigns Romney has emphasized his record of professional achievement and business success more than his ideological consistency—a pattern that has also marked Trump’s rise to the presidency.”

Russian authorities have formally charged an American with espionage, a move that could worsen already tense relations between the two countries. https://t.co/j2NzE8RImf

This month, the Supreme Court will likely decide if they'll fast-track two high-profile Trump admin cases. Whatever they do will tell us something important about how the conservative justices (esp Roberts) see their relationship w/ Trump. @FiveThirtyEight https://t.co/M8IuqRjL8g

It's possible that Trump could eventually “win” the shutdown fight on the strength of his sociopathy. @EricLevitz writes https://t.co/hGU6JE2L5K

“Harris’ announcement came after North Carolina state elections officials postponed next week’s hearing into allegations of election fraud in the 9th District — and after Gov. Roy Cooper accused Republicans of blocking the probe.”

A great @IsaacDovere interview with Al Gore. But man, I dunno. If we *are* at a political tipping point, it’s partly because of the back-to-back IPCC 1.5 report and the National Climate Assesment. And there just aren’t that many big reports every decade. https://t.co/yUidnjtZbM

Incoming Wisconsin Gov. Tony Evers (D) signaled “he would not go along with parts of lame-duck laws that curb his powers, suggesting that GOP lawmakers or their supporters would have to sue him over the issue,” the Milwaukee Journal Sentinel reports.

“The Democrat’s stance changes the dynamic in the fight over the lame-duck legislation by prodding Republicans into initiating litigation instead of doing so himself.”

My hopes for the new Dem House:

Sen. Lindsey Graham (R-SC) cautioned President Trump against giving in on his demand for funding for his proposed U.S.–Mexico border wall, claiming that doing so would likely be “the end of his presidency,” The Hill reports

Said Graham: “If he gives in now, that’s the end of 2019 in terms of him being an effective president. That’s the probably the end of his presidency. Donald Trump has made a promise to the American people. He’s going to secure our border.”

He added: “That’s the end of us if we give in on this issue as Republicans.”

House Democrats today are far more ideologically and geographically cohesive than they were the last time Nancy Pelosi was speaker, @RonBrownstein reports:https://t.co/uDEKqp2cQJ

“Officials at the Administrative Office of the U.S. Courts say the judiciary will begin to face significant challenges after Jan. 11 if funding hasn’t been restored. The courts have been dipping into court fees and other sources that aren’t dependent on new congressional appropriations, but those funds have their limits,” the Wall Street Journal reports.

“If the shutdown continues, federal courts will have to come up with plans for managing reduced operations, and funding could be in jeopardy for jurors, court reporters, public defenders and some court staffers, as well as for some supervision and other services the courts provide to offenders on probation. The Supreme Court faces the same funding timeline as the rest of the courts, a high-court spokeswoman said Wednesday.”

Former Maryland Gov. Martin O’Malley wrote in the Des Moines RegisterThursday that he will not run for president in 2020, but that he hopes outgoing Rep. Beto O’Rourke (D-TX) does. He ended his op-ed: “I believe the new leader who can best bring us together and turn us around to create that better American future, is Beto O’Rourke.”

“Incoming House Speaker Nancy Pelosi has ruled out pursuing impeachment for now … Sherman says he’s not worried that introducing the resolution — the first of what could be several articles filed — would box his colleagues into answering a difficult political question.”

Sanders apologizes, says he wasn’t aware of sexism within his campaign https://t.co/rsOlfmZHrm pic.twitter.com/4nKoAuc0oH