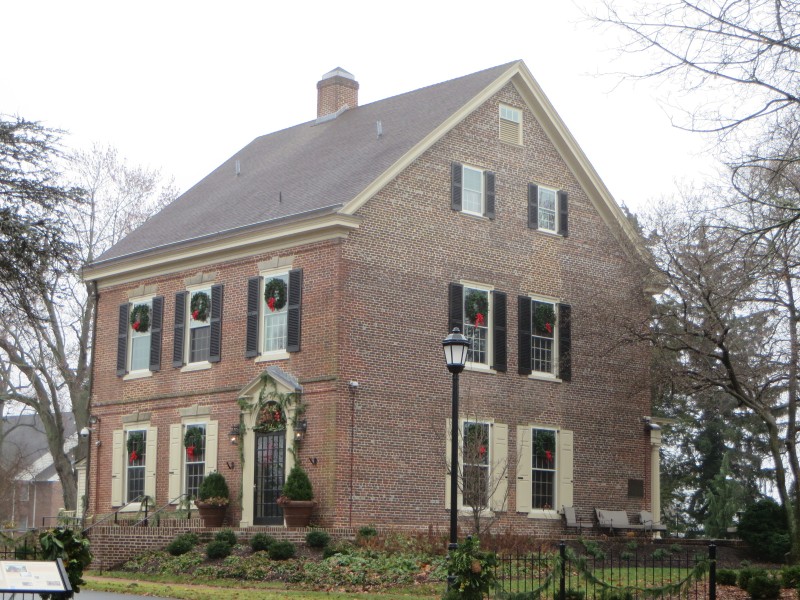 Woodburn, on Kings Highway in Dover. The house was built in 1798 for Charles Hillyard, back when this area was just outside of town. The house was believed to be a stop on the Underground Railroad in the 1800s, since it was owned by Daniel Cowgill, a Quaker, but Cowgill rented the house out and lived in the countryside. Woodburn was purchased by the state in 1965 to be the Governor’s mansion, which the state had never had before. Photo by xzmattzx.