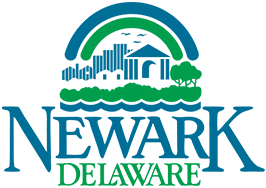 Let’s say you work for an organization whose chief purpose is the betterment of society. Let’s also say that this organization is relatively large, employs a few thousand people, serves tens of thousands of people in the community, and rarely gets praise from the community at large.

Within this community let’s say your local municipal governing body just publicly blamed you and your organization for a detrimental* situation the municipality finds itself in. Specific named government officials go on record, in public, blaming you. As well, another local organization whose purpose is to carry on with the betterment of society after your organization has completed it work also publicly blames you for the detrimental* situation it, and its surrounding community, finds itself in.

Do you go to work the following day with your head held high feeling proud of the work you do? Proud of the career you’ve built for yourself over the years and the results you have helped produce?

Switch gears somewhat to the recipients of this organizations services. Do you feel like a valued member of society as you hear your government dragging your hard work through the mud? Do you feel accepted? Welcomed? Included? Proud?

If you will, keep both of those perspectives in mind as you read on; that of the deliverer of services, and that of the recipient of such services.

As you read the media accounts of this public tarring and feathering, you can’t help but wonder who these individuals holding the buckets of tar are, you have surely never seen them anywhere in the organization. You’ve never spoken to them, or seen them on the grounds of your work location. They have never visited your office. Spoken with you or with those you serve. You probably couldn’t even identify any of them if you were shown pictures of them.

Yet their names are there with their official government titles, in black and white, right behind the comments blaming you for screwing everything up. It then dawns on you that while you do indeed work for the organization at the center of the blame, you do not work within the boundaries of the governing body placing the blame on you though you have friends and colleagues who certainly do work within those boundaries.

You let out an appropriate “What the f!ck!?” And wonder exactly how and why individuals who have spent no time checking into any of the work being done in your organization have the gumption to criticize your work and blame you and your organization for the depressed* economic development of the City of Newark.

Oops. Guess the cat’s out of the bag now.

If you haven’t deciphered what I am referencing yet, Newark City Council and a soon to be former UD Executive Vice President have done a fine job over the last several weeks of dragging the Christina School District, it’s 2000+ employees, and 14,000 students through the mud and blaming them for the economic development struggles* the City of Newark and University of Delaware are experiencing.

The Newark Post published the original story back on October 18.

It featured such quotable gems as:

“I know [UD does] things with Newark High already, but I think that, at some point, this needs to be a full-court press; we need to get serious,” [Councilman Jerry] Clifton said

Spoken like a true government official. (He never did say what those ‘things’ UD does with NHS actually are)

Councilman Jason Lawhorn discussed ways council could open dialogue between the two entities. He said he reached out to Taylor Green, public information officer for the district. Like the university has a representative take questions from and give reports to council, Lawhorn suggested the district could do the same.

“It could be something that could really help us change the perception of our school system and at minimum we could do that. At a maximum, maybe we start to identify problems that exist and maybe we can help with and we just don’t know exist today,” he said

Cool. So, what do you want to know? Why test scores are so low? Why graduation rates aren’t higher? Why teacher’s don’t have adequate supplies? Why those poor kids are poor?

I know what you’re thinking. 1) Yes, I am aware that one of the links is to a Delaware County, PA article (it’s still relevant). 2) “Most of those stories were published this year! The problems have been going on for DECADES!” While true, I’m going to have to assume that you do not believe that every year some previously unknown set of challenges rears its head and just adds to the list of problems maligning our public education system here in Delaware. (If you do, just stop reading here and go do something else) Yes, I purposely broadened the scope from Christina to Delaware public education entirely because it’s not just Christina.

However, the implication here is, of course, that Christina and its administration and educators have been doing jack-all to educate students and improve outcomes. Which, if you’ve had any contact with anyone in the district, you know to be patently wrong. You would also know that the claim “maybe start to identify the problems that exist” is also patently stupid. It’s not a secret. This isn’t some mysterious condition that’s hamstrung Christina and only Christina that no one else knows about. Scooby Doo and the Mystery Machine aren’t needed here.

Fast forward a few weeks, and we have a follow up piece by Brooke Schultz in the Newark Post.

NHS Principal Aaron Selekman did what any educator or administrator would do: Invite the critics inside so they can actually see things first hand. That way they can make more informed official public statements that go beyond “Uh well, I know UD does things with NHS”.

Though to be fair, Councilman Clifton seemed to have difficulty parsing out his experience with Mr. Selekman touring NHS without contradicting himself.

They also discussed the myths versus realities of the high school, he said. The district’s perception to potential residents of the city was fodder for council members and representatives from University of Delaware, who were quick to criticize NHS and the district last month.

Clifton said that Selekman has “done a decent job bringing it a little further along.”

“I’m not telling you it was a kumbaya moment and we don’t have issues,” he continued. “To be clear, it doesn’t change a lot of my perceptions about the district.”

Clifton added that his concerns were mostly for NHS, because it is the city’s local school, and that Selekman and other staff “are working really hard to make it a good decent quality educational institution.”

Clifton said he was impressed with Selekman’s sincerity.

“I thought it took a lot for him to come to council not to criticize but to say it’s an open door,” he said. “I’ve got to give him a lot of credit for reaching out the way he did.”

By contrast, we can pretty much conclude that it didn’t take much for the Councilman to criticize the District without investigating…anything.

Anyway, we hear from Councilman Lawhorn again who proposed inviting Christina PIO Taylor Green to Council meetings to “give reports” and “take questions” (subjects of reports he wants to see: TBD).

He offered decent insight with his follow up comments, stating that we often only talk about the school system when it’s something negative (exactly like he did in the previous council meeting) and that we really should try to highlight and disseminate the good things that happen every day in our schools. Which he didn’t seem to take the opportunity to do at this Council meeting, or the last, or seemingly ever.

I give him credit for actually saying that out loud in public. “Creating a dialogue between the District and city can only help”. Indeed.

In my experience with dialoging though, it’s often not preferential to begin it by telling your dialogue partner “you suck and are the reason we suck!”. But what do I know, I’m not an elected official.

One other important highlight in the follow up article is the mention of reciprocity when it comes to interaction and engagement between the community and schools/district. Over the last 5 years I’ve heard countless “I had no idea that was happening in the district” statements from residents and even parents of children in the district. We have yet to find efficient and efficacious ways to foster and nurture such bilateral engagement that not only connects community to district, and district to community, but creates the feeling of that connection being valid and truly open in both directions.

Sure we can have the Superintendent, PIO, principals, educators, students all show up at City Council meetings to give public comment or take questions, but that’s not answering the question of “what about the rest of the community??”

The University of Delaware’s role in this story is essentially a nothingburger. You have an Executive Vice President who’s got one foot out the door of the University saying “public education is broken, better get that fixed or things are going to be bad around here!”

To UD’s credit, it is actively developing partnerships with Christina schools to provide opportunities to its high school students. Both the College of Arts & Science and the College of Agriculture & Natural Resources are actively working on proposals with Christina that will get high school students college credits through courses offered by the University.

So what do we do here? What are next steps?

I’d say, if I were serving on a city council who, in 2018, seemed to discover there’s been a freaking public school district serving their city for the last 40 years, and without any investigation or forethought, publicly trashed the district and blamed it for City’s economic woes, I’d be eager to get my name into the headlines doing something, anything, positive to help right the ship that I just said was sinking the whole city. Maybe read that book WEIC put out. It addresses many of the foundational issues that are challenging our school districts (yes, plural). Maybe spend 5 minutes Googling “struggles in public education”. Maybe shadow a teacher at each grade level for a day. Maybe do ANYTHING other than trash talk your own city’s children and schools in public, on the record. We all know that’s the popular thing to do for government officials in Delaware though.

For the Council; there’s a Citizen’s Budget Oversight Committee Meeting next Wednesday, December 19th, at Gauger-Cobbs Middle. Don’t panic, I know it’s not NHS, but this school is also part of the same school district. Come ask some questions.

*By the way, the City is facing financial woes. But Council should look in the mirror as to why that is. And maybe take a few courses in economics and public policy. Stay tuned.