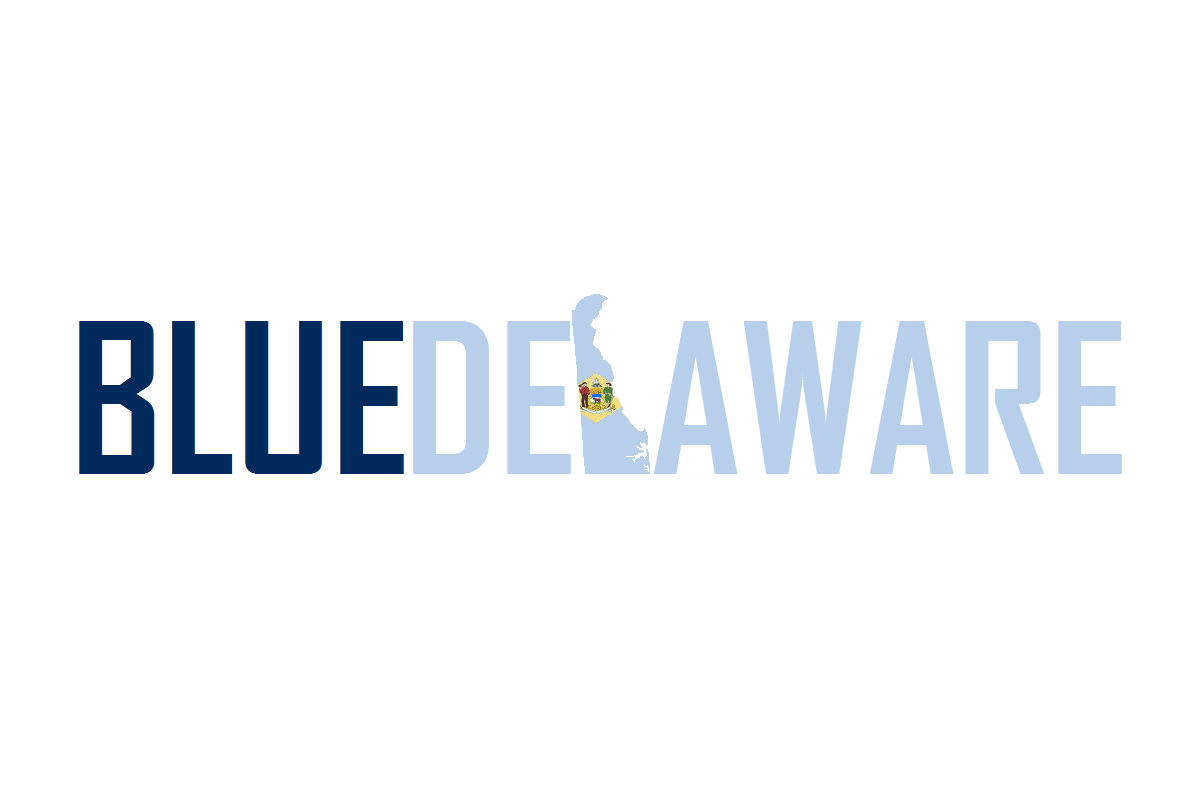 THE FLYNN SENTENCING MEMO. Special Counsel Robert Mueller’s office “will make a sentencing recommendation for former national security adviser Michael Flynn on Tuesday, in a court filing that is expected to shed light on the extent of Flynn’s cooperation in the Russia probe,” Reuters reports.

“Flynn’s crime of lying to the FBI carries a statutory maximum sentence of five years in prison. However his plea agreement states he is eligible for a sentence of zero to six months and can ask the court not to impose a fine.”

CNN: “Similar filings before other Mueller defendants’ sentencings — former Trump campaign adviser George Papadopoulos, Dutch lawyer Alex Van der Zwaan and internet salesman Richard Pinedo — contained revelations about what each person did and knew in regard to Russians and members of the campaign. But none of those defendants cut a deal to cooperate with Mueller like Flynn did.”

The memo released is heavily redacted, but Flynn apparently gave up everything, meeting 19 times with Mueller, and the memo says Flynn substantially assisted the criminal investigation into conspiracy between the Trump campaign and the Russian government.

THE EMOLUMENTS CASE. Washington Post: “The attorneys general for Maryland and the District of Columbia are seeking financial records and other documents as part of a lawsuit alleging that President Trump’s business violates the Constitution’s ban on gifts or payments from foreign governments.”

“Also receiving subpoenas are federal agencies that may have some information about Trump’s hotel, which operates in the federally owned Old Post Office Pavilion on Pennsylvania Avenue.”

Associated Press: “The subpoenas target more than 30 Trump-linked private entities and the federal agency that oversees the lease for Trump’s D.C. hotel. Subpoenas were also being sent to the Department of Defense, General Services Administration, Department of Commerce, Department of Agriculture and the IRS, all of which have spent taxpayer dollars at the hotel.”

Republican senators are now so mad at MBS for ordering Khashoggi's murder, they're not even sure whether they want to help him starve Yemeni children to death, anymore. https://t.co/9TI7zzOQDS

“There’s not a smoking gun, there’s a smoking saw.”

— Sen. Lindsey Graham(R-SC), quoted by The Hill after a CIA briefing, referencing Trump administration comments that there is no “smoking gun” linking the Saudi Crown Prince to the order to kill journalist Jamal Khashoggi.

Sen. Bob Corker (R-TN) said that Saudi Crown Prince Mohammed bin Salman would be convicted of the murder of journalist Jamal Khashoggi in “30 minutes” if there were a jury trial, Politico reports.

“Corker and members of both parties expressed unbridled rage at Salman in the aftermath of the briefing from CIA Director Gina Haspel, which focused primarily on how Khashoggi was killed in the Saudi Arabian consulate in Turkey earlier this year.”

Said Corker: “I have zero question in my mind that the crown prince directed the murder … zero question. Let me just put it this way. If he was in front of a jury he would have a unanimous verdict in 30 minutes. A guilty verdict.”

Washington Post: “This is completely contrary to the narrative that has been put forward by President Trump and his secretary of state, Mike Pompeo.”

AMERICANS WANT TO SEE TRUMP’S TAX RETURNS.  A new Harvard CAPS/Harris poll finds 63% of registered voters say that House Democratic leadership in the next session of Congress should be allowed to publicize the president’s tax returns, while 37% say it shouldn’t.

“Global markets demand consistency and reliability, but Trump delivers neither. Instead, he makes knee-jerk announcements that surprise investors, lawmakers and even some of his own aides and advisers, who sometimes find themselves reversing course depending on the president’s whims.”

THE WISCONSIN COUP.  “Wisconsin lawmakers are set to take up plans Tuesday to diminish the powers of the incoming Democratic governor and attorney general that brought opponents to the state Capitol this week to protest on its steps and pound on hearing room doors,” the Milwaukee Journal Sentinel reports.

“To Democrats, the plan is a repudiation of the Nov. 6 election that felled Gov. Scott Walker (R) and swept Democrats into state offices. To Republicans, it’s the only way to ensure major changes enacted over the past eight years won’t evaporate overnight.”

“Walker signaled Monday he largely supports it and would be willing to sign it before he leaves office Jan. 7. But there are a few GOP senators who aren’t talking, making the legislation’s fate unclear. Republicans control the Senate 18-15 and cannot afford more than one defection.”

Michigan overwhelmingly voted to expand access to the ballot and end gerrymandering in their state.

Michigan Republicans are doing everything they can do overturn those measures https://t.co/rHZw3nTpBv pic.twitter.com/mcXhCbIF49

ELECTION FRAUD IN NORTH CAROLINA.  WSOC-TV found what “appears to be a targeted effort to illegally pick up ballots” in North Carolina’s 9th congressional district, “in which even the person picking them up had no idea whether those ballots were even delivered to the elections board.”

Consistently, the station “found the same people signing as witnesses for the people voting, which is very rare.”

Incoming House Majority Leader Steny Hoyer (D-MD) told reporters that there is a “substantial question” about the election in the 9th Congressional District, where Mark Harris (R) held a slim lead over Dan McCready (D), the Washington Post reports.

“State investigators are examining the work of a local operative in a growing fraud investigation that has delayed certification of Harris’s narrow win. Hoyer said unless the questions are resolved, the House should hold off on letting Harris take the oath of office on Jan. 3 when new members are sworn in.”

“They saw what happened in North Carolina. They're clearly trying to duplicate that.” Republicans have found a new model for responding to Democratic victories: the preemptive power grab https://t.co/20AaywOSaw

“But legal experts are calling Monday’s missives a newsworthy development that amounts to evidence of obstructing justice.”

Lawfare: “In fact, insofar as the overall pattern of the president’s conduct toward the Mueller investigation might rise to the level of witness tampering, the fact that Trump is still tweeting out potentially obstructive messages in December—months after his initial August tweet—would seem to strengthen the case.”

US CONSIDERS CHARGING A FEE FOR ASYLUM. “The Trump administration is considering charging immigrants a fee to apply for asylum protection in the United States,” BuzzFeed News reports.

“The proposal, included in a not-yet-finalized draft regulation, would charge applicants, if they are already residing in the US, $50 to apply for asylum. Currently, there is no fee to enter an ‘affirmative asylum’ application. The fee would not apply to those who claim a fear of persecution at ports of entry or those who apply for the protections while in deportation proceedings. There would be no waiver of the fee for those who cannot afford to pay the $50.”

Trump likes to blame Democrats for getting hacked. Now Republicans have been too. https://t.co/VXbyjYib89

“The House GOP campaign arm suffered a major hack during the 2018 election, exposing thousands of sensitive emails to an outside intruder,” Politico reports.

“The email accounts of four senior aides at the National Republican Congressional Committee were surveilled for several months, the party officials said. The intrusion was detected in April by an NRCC vendor, who alerted the committee and its cybersecurity contractor. An internal investigation was initiated and the FBI was alerted to the attack, said the officials, who requested anonymity to discuss the incident.”

ROGER STONE TO PLEAD THE FIFTH. “Roger Stone invoked his Fifth Amendment protection as he declined to share documents and testimony with members of the Senate Judiciary Committee,” Politico reports.

“Stone told Politico on Monday that he doesn’t have a pact with Trump’s legal team to share defense strategies, unlike former campaign chairman Paul Manafort, who is in jail after being convicted of tax and bank fraud. But Stone has largely aligned his public messaging on Mueller with the president’s, frequently bashing the special counsel’s tactics.”

TRUMP WON’T GET HIS FUCKING WALL. Jonathan Bernstein: “After nearly two years in office, it’s now perfectly clear that this Congress won’t fund the wall and the next one – with the House led by Democrats – is even less inclined to do so. Trump’s chances at pushing through a signature campaign proposal have never been slimmer, a result of presidential weakness and internal conflicts among congressional Republicans.”

“In fact, what’s much more likely is that most House and Senate Republicans have no interest in taking on this battle at all right now. After all, voters just rejected their party after an election in which the president’s closing argument centered on the border. And Trump’s clout with Congress is at an all-time low. Even if the leadership wanted the confrontation, Trump wouldn’t be able to help assemble a winning coalition.”

“The two-week delay makes that obvious. As budget expert Stan Collender wrote, Republicans would push the spending bill through if they had the votes right now.”

Elite nostalgia and anti-Trump sentiment are leading to one-sided remembrances of George H. W. Bush. @heerjeet on the whitewashing of the late president's legacy: https://t.co/3lVoW1OF7k pic.twitter.com/t3tAJ5sIbf

GOP IS ALIENATING YOUNG VOTERS.  Ron Browstein: “The sharp turn against the Republican Party by young people in the 2018 election may be only the overture to an even greater political risk for the GOP in 2020.”

“Both historical voting patterns and underlying demographic trends suggest that the biggest difference in the electorate between this election and the next one is that relatively younger voters will cast a greater share of the votes in the presidential year — perhaps a much larger share. Even with much higher than usual turnout among young voters this year, voters 45 and below are likely to increase their proportion of the total vote from just under three-in-ten this year to something closer to four-in-ten by 2020, historical trends suggest.”

The 200 Districts That Withstood The Blue Wave — And What They Have In Common https://t.co/CmtWdP4sPn

Said Bolton: “They have not lived up to the commitments so far. That’s why I think the president thinks another summit is likely to be productive.”

BETO MEETS WITH OBAMA.  “Beto O’Rourke, weighing whether to mount a 2020 presidential bid, met recently with Barack Obama at his post-presidency offices in Washington,” the Washington Post reports.

“The meeting, which was held on Nov. 16 at the former president’s offices in Foggy Bottom, came as former Obama aides have encouraged the Democratic House member to run, seeing him as capable of the same kind of inspirational campaign that caught fire in the 2008 presidential election.”