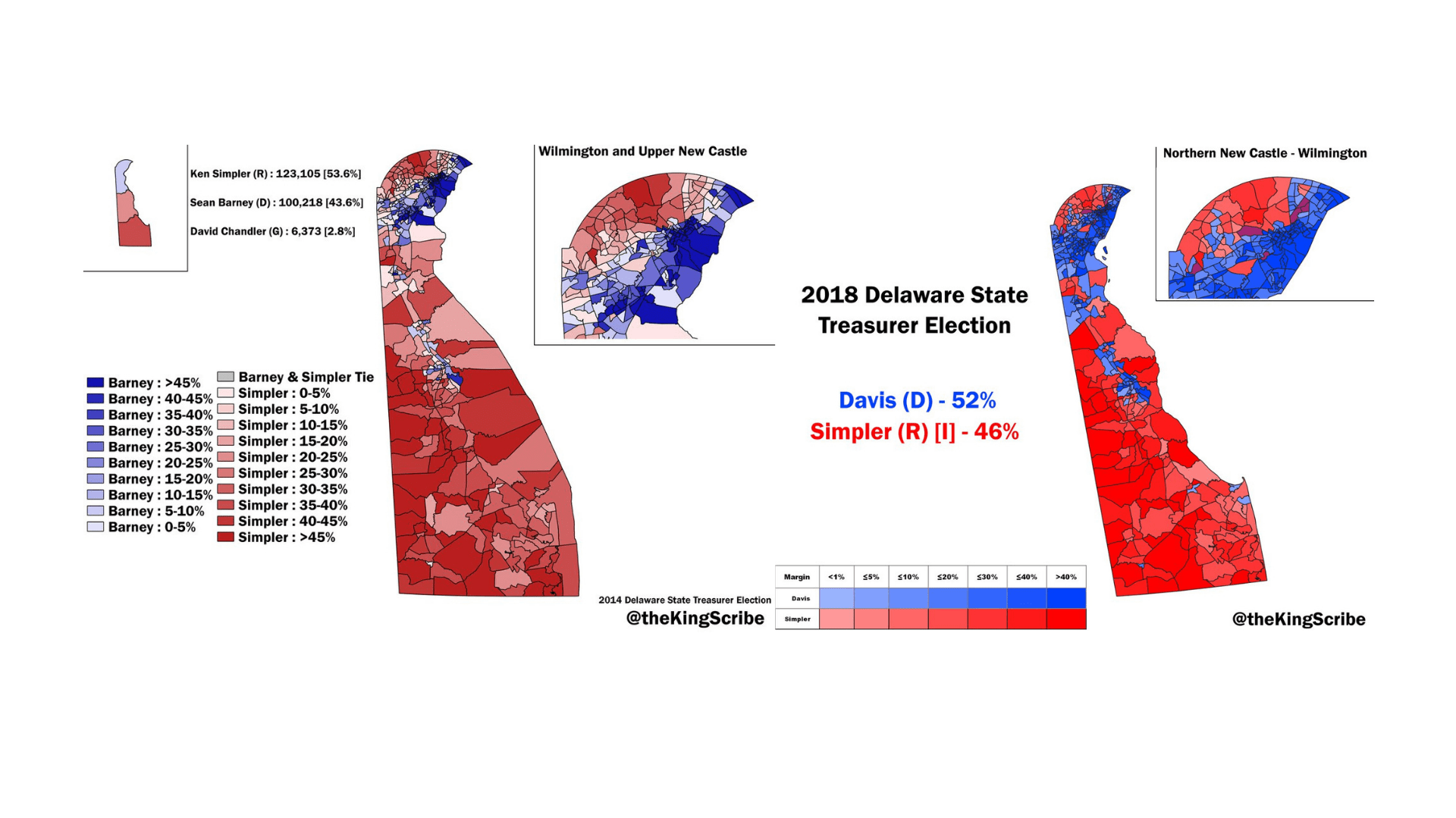 I’m glad he included the 2014 race between Sean Barney and Ken Simpler for comparison. The differences between 2014 and now:

It is really interesting how these two races flipped their numbers, but it certainly looks like Davis was able to capture the Blue Wave here.