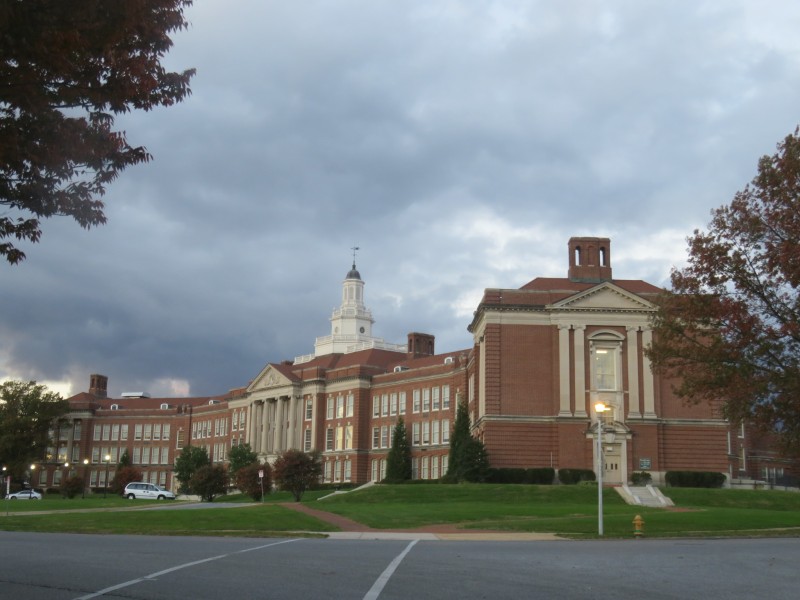 Pierre S. duPont Middle School, on 34th Street in the Ninth Ward of Wilmington. The school was built in 1935 with money from philanthropist Pierre S. DuPont, who funded much of Delaware’s educational needs in the 1920s and 1930s. Wings of the Colonial Revival school were angled out to maximize sunlight. Originally a high school, the school’s teams were named the “Dynamiters” for the product that the DuPont Company had made a fortune on in the 1910s. The school became a middle school in 1978.   Photo by xzmattzx.