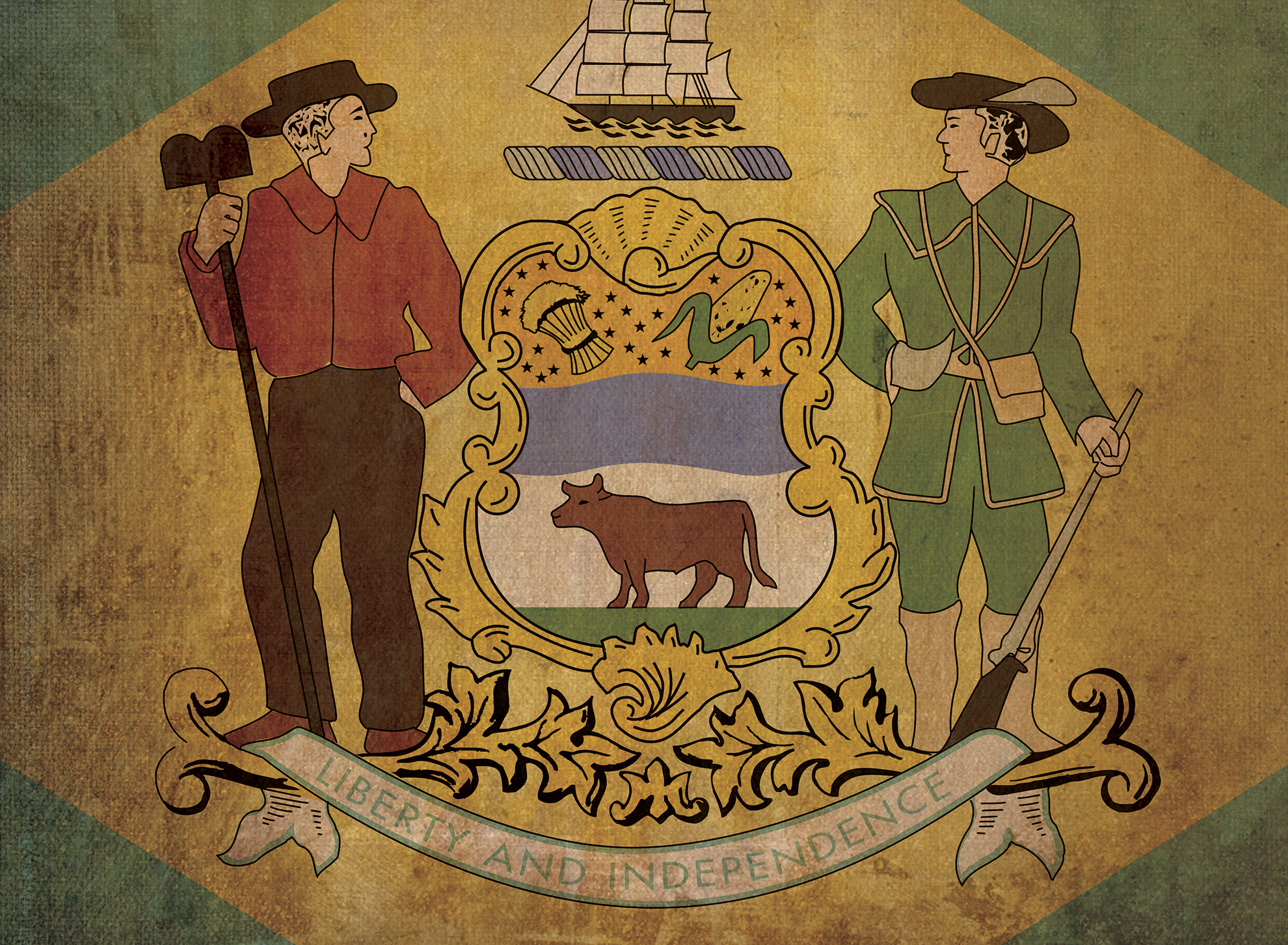 The New York Times has an email exchange between Stephen Bannon and Roger Stone: “The email exchange, not previously reported, underscores how Mr. Stone presented himself to Trump campaign officials: as a conduit of inside information from WikiLeaks, Russia’s chosen repository for documents hacked from Democratic computers.”

“Mr. Bannon and two other former senior campaign officials have detailed to prosecutors for the special counsel, Robert Mueller, how Mr. Stone created that impression… One of them told investigators that Mr. Stone not only seemed to predict WikiLeaks’s actions, but that he also took credit afterward for the timing of its disclosures that damaged Hillary Clinton’s candidacy.”

“Corsi, who until recently served as the Washington, D.C., bureau chief for the controversial far-right media outlet Infowars, is one of at least 11 individuals associated with political operative Roger Stone — a longtime and close ally of President Donald Trump — who have been contacted by the special counsel.”

"Trump is posing a question to the American electorate: What level of racist authoritarianism are you willing to accept?" https://t.co/u5fH0AdeR7

Jonathan Cohn: “Distortions in political advertising are part of politics, and neither political party has a monopoly on deception this election cycle. On the fact-checking websites, you’ll find examples of Democrats exaggerating GOP opposition to environmental regulation, for example, or pulling quotes about military service out of context.”

“But if you get the feeling the most frequent and audacious misrepresentations are coming from one side of the political spectrum, you are not crazy.”

“Around the country, it’s Republicans and conservatives making the most patently ridiculous claims ― whether it’s this spot suggesting a commission’s tiny budget could somehow affect state expenditures on roads and schools, or all of those Republicans portraying themselves as champions of protections for people with pre-existing conditions even though they spent last eight years trying to take those protections away.”

“The desperation could be a sign of panic over the polls, which give Democrats a strong chance of winning key statewide races and control of the U.S. House, as well as an outside chance of gaining a majority in the Senate.”

Donald Trump turned negative media coverage — the thing candidates typically fear — into the fuel that powers his movement and his politics. And the media has no idea how to respond to it. https://t.co/BnwJw2s4UM

First Read: “So Trump is straining to demagogue on immigration; he’s trying to Willie Horton Democrats; and he’s picking fights with his own party. This is, well, an interesting way to close an election season, willing himself — and immigration — to the forefront.”

“Yet as we wrote yesterday, Trump making himself the focal point of this election is a striking departure from the final days of the 2016 campaign, when James Comey’s letter, daily WikiLeaks disclosures and a disciplined Trump dominated the last two weeks of that race.”

Chris Christie told ABC News that Republicans have been “ineffective” in pressing their case with voters on health care – by some measures, the most important issue for voters.

Said Christie: “In some of these competitive House seats in suburban areas, the pre-existing condition issue is one that’s really cutting. And the Republicans to this point, I think, have been pretty ineffective in terms of making their case on why they weren’t going after the pre-existing condition coverage and that we’re going to maintain it. I think you’re being drowned out by the amount of money that Democrats are spending on the issue.”

New York Times: “As he embarks on a final eight-state, 11-rally blitz before Tuesday’s midterm elections, Mr. Trump has hammered Democrats — not just for their actual policy positions but for some they have not taken. He accused them, without proof, of helping to orchestrate a caravan of Central American migrants; complained that Democrats had opposed opioid legislation when in fact they universally voted for it; and asserted that they would not protect patients with pre-existing conditions — even though that was the heart of President Barack Obama’s health care program.”

“Mr. Trump’s penchant for prevarication has been a well-documented hallmark of his presidency. He dismisses journalists who point out his falsehoods as nit-pickers who do not understand that he is speaking a larger truth that resonates with many Americans. Supporters at his rallies across the country tell reporters that they understand he may not be strictly accurate in his roaring stump speeches, but they see him as a champion of their values.”

“Still, even some in Mr. Trump’s orbit acknowledge that this campaign season has brought out a torrent of untruths that, they worry, distracts from a record he should be proud to outline factually.”

“I think Jacob is a child prodigy that has eclipsed Mozart,” Burkman said. https://t.co/gFWOdMbkg5 via @TPM

Retiring U.S. Sen. Bob Corker (R-TN) delivered a soft rebuke to his party on Wednesday, describing as a scare tactic some Republicans’ use of the migrant caravan in their final midterm election campaigning, the Tennessean reports.

Said Corker: “Let’s face it. We all know what’s happening. It’s all about revving up the base, using fear to stimulate people to come out at the polls.”

"@HeidiHeitkamp’s best hope is a massive swell of turnout, coupled with a double-digit margin, over Cramer in Fargo and Grand Forks." #NDSenhttps://t.co/zjlRfCIQ1Q

George Lakoff: “If reporters dedicate time and energy to investigating whether known lies might be true, they will continue to cede control of the news cycle to Trump.”

“Trump’s ‘big lie’ strategy is designed to exploit journalistic convention by providing rapid-fire ‘news’ events for reporters to chase. Trump spews falsehoods in a blitzkrieg fashion, but the lies are only part of the game. What reporters continue to miss is the strategy behind the big lies: to divert attention from big truths. The technique is simple: create controversy and confusion around politically-charged topics to stoke his conservative base and distract from stories that harm Trump.”

“It’s a numbers game. The more he can get his key terms and images repeated in the media — even as ‘fact checks’ — the more he wins. That’s just how our brains work. The more we hear about something, the more it sticks. Even if it’s not true.”

New York Times: “If the 2016 election hinged in large part on a rightward shift among working-class whites who deserted Democrats in the presidential race, Tuesday’s House election may turn on an equally significant and opposite force: a generational break with Republicanism among educated, wealthier whites — especially women — who generally like the party’s pro-business policies but recoil from strident, divisive language on race and gender.”

“Rather than seeking to coax voters like these back into the Republican coalition, Mr. Trump appears to have all but written them off, spending the final days of the campaign delivering a scorching message about preoccupations like birthright citizenship and a migrant ‘invasion’ from Mexico that these voters see through as alarmist.”

President Trump is hammering on immigration in an effort to turn out his supporters. But base voters aren't the only ones Republicans need, @GrahamDavidA writes: https://t.co/PxTUl8HCV3

President Trump “has told advisers that Heather Nauert, the State Department spokeswoman, is his leading choice to become US ambassador to the United Nations and he could offer the post as soon as this week,” CNN reports.

“Nauert, who came to government from Fox News, served as State Department spokesman for both Rex Tillerson and Mike Pompeo but has enjoyed a closer relationship with Trump’s second secretary of state than she did Tillerson, who was privately skeptical of her close ties with the West Wing.”

"I don't think we should let the president get away with this type of policy with no justification"https://t.co/qYGFtph9X5

CNN: “One document released Wednesday showed a series of charges drawn up against Nixon, who was never formally charged for crimes in the Watergate scandal and was pardoned by President Gerald Ford after he resigned.”

“The document is a draft, as noted in handwriting in the upper right-hand corner of the first page, dated February 1, 1974, a month before Nixon’s co-conspirators were indicted.”

A surge in early voting in Texas is giving some Democrats hope that Beto O'Rourke could still be in the race https://t.co/IzqWm16Rk2 pic.twitter.com/z8iWYxMZ0C