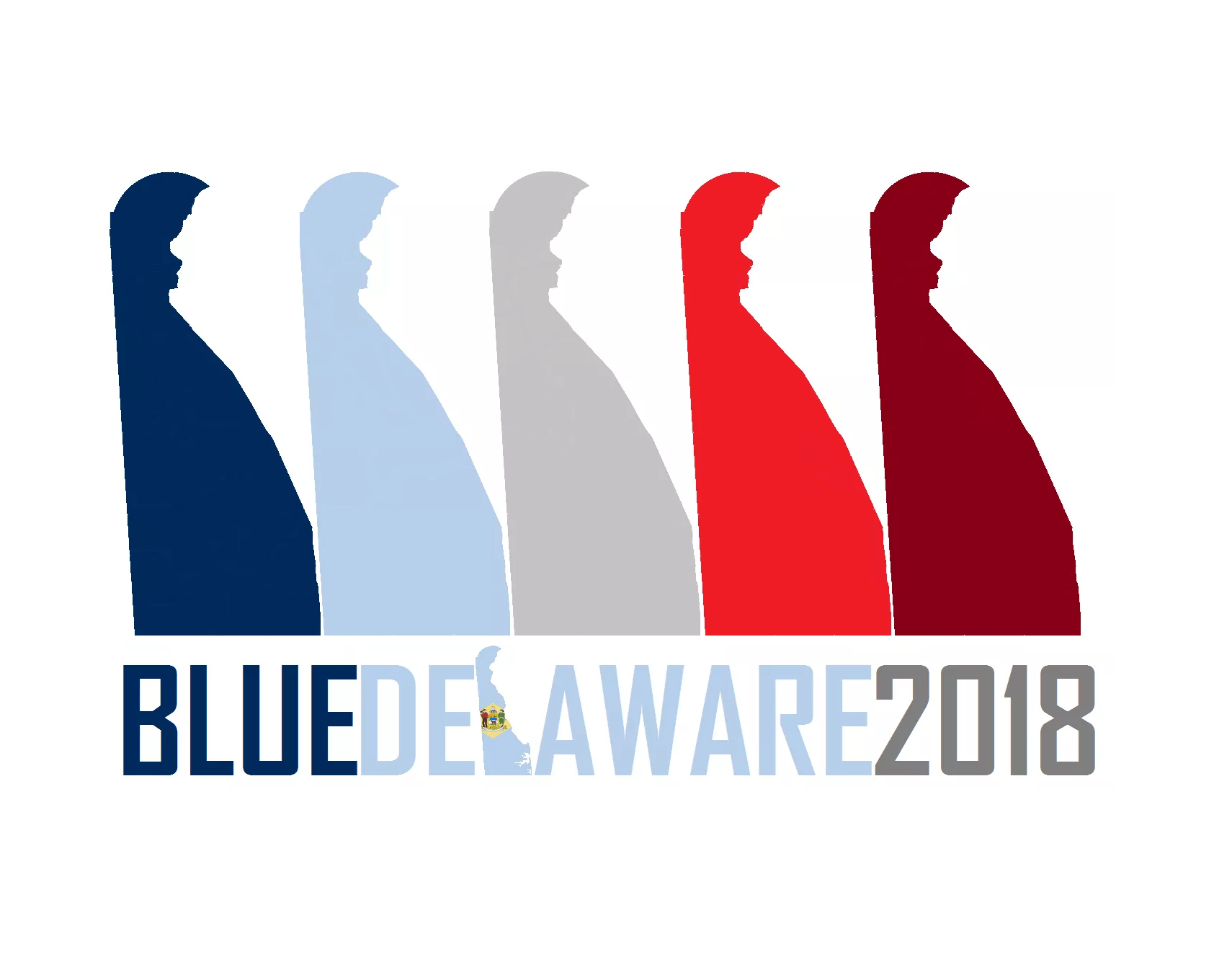 Here are my final projections as to what will happen next Tuesday.   It will only happen if you vote though.  Don’t take this as a spoiler of a sporting event or a television show where now you don’t have to watch the end now that you are spoiled.   If you don’t show up, then 2016 happens again.  Hopefully, the purists have learned their lesson.

So, first, the Statewides.   Of course, Senator Carper and Congresswoman Blunt Rochester will win and will win easily, by 30 points or more each.  The rest of the races, Attorney General, Treasurer, and Auditor, are all rated Lean Democratic.  In other words, the Democratic candidate in each race should win, but it is not a mortal lock.

Let’s start with the obvious race where this ranking indicates a surprising, no shocking, upset to some: the State Treasurer’s Race.    Republican State Treasurer Ken Simpler is in trouble.    And I was skeptical at first that he would be.   Simpler is the perfect Ken Doll Republican that is inoffensive and allows new Chateau County Democrats and old style bipartisan Delaware Way seeking Independents to vote Republican so that they can feel good about voting Democratic in every other race.   But I have watched the campaign, and seen some internal polling, and I am now convinced that Democratic candidate Colleen Davis will not only benefit from her very good on the ground campaign, but she will also benefit from two waves: the woman wave and the blue wave.  Democrats are voting for Democrats this year, no matter what.  And women voters who are offended by Trump and Kavanaugh, whether they are Democrats or Independents, are voting for Democratic women this year.

It’s why the subpar unqualified socialite Kathy McGuiness will win the Auditor’s race despite her many flaws.     It’s all a reaction to that misogynist in the White House.    AG Candidate Kathy Jennings also benefits from this, although she would win absent a wave of any sort.

The Democrats control the State Senate by 1 vote, 11-10.  They will expand that majority by 1 to 12-9 by defeating the Republicans Minority Whip and Delaware’s version of Paul Ryan, Greg Lavelle in the 4th Senate District.  Democratic candidate Laura Sturgeon has run a brilliant campaign since last fall, 2017.  I think she has knocked on every door in every neighborhood in the district.  She has worked as hard as you need to work to defeat an incumbent in a district, that while becoming more demographically and ideologically friendly to your side, still identifies as a Republican or a moderate district.   What will push her over the finish line is the two waves I am talked about above.

In an earlier version of the rankings I published back in the early fall, I categorized the 6th Senate District race between Republican Senator Ernie Lopez and Democratic candidate Dave Baker as a Lean Republican and possibly competitive district.  No more.   I was unimpressed with Baker’s debate performance where he failed to highlight any differences between him and Lopez and essentially agreed with him on issue after issue.  That’s not going to get it done.   I hope I am wrong, but I just don’t see this going our way.

In the only other “competitive” Senate race, the 17th, is not really competitive at all.   The race is classified as a Lean Democratic race this time and was classified as a Toss up earlier because it was an open seat with Senator Bushweller retiring, and it was made a Republican target.   But in a Democratic year, in a district where the demographics and registration numbers heavily favor the Democrats, Trey Paradee will win.   If this was 2014 or even 2016, I might have given Justin King, the Republican candidate and Mayor of Camden, a better shot.   But not this year.

The Democrats control the House of Representatives by 9 votes, 25-16.  They will expand that majority by at least 2 seats, possibly by 4 seats if things really go our way on Tuesday.    The races I have the Democrats winning are the 12th RD, where Krista Griffith will send Deborah Hudson into retirement.  Krista, like Laura Sturgeon, has run an organized and brilliant campaign, also knocking on every door in the district.  Including mine.   Now, this district is a Republican district according to the registration numbers.  But it has been trending Democratic, and the type of Republican voters in this district are not the ones that love Trump.  They are the socially moderate to liberal Republican or Independent voter that love Mike Castle but hate Christine O’Donnell.  And Griffith has been not only been activating long dormant Democratic voters in the district, but she has also been appealing to the type of Republican or Independent voter in this district that want to send a message to Trump.   Another reason why I think Griffith wins is because Hudson has just not been campaigning.  Did she think she could coast in a Democratic wave year where the district has been trending away from her for the last 10 years?

In the 22nd RD, where Republican Representative Joe Miro has finally retired, we have Democratic candidate Guillermina Gonzalez and Republican candidate Michael Smith.   Smith is very much like Ken Simpler, a nice inoffensive Ken Doll Republican that you can fulfill your Delaware Way obligation of being bipartisan by voting for him.  But I think things outside of his control are going to lead to his defeat.  First, again, I sound like a broken record, but it is a very important factor in a lot of races this year, is the two waves, one blue and one pink.  This district is very much like the 12th RD in that it was a Republican district, registration that is trending Democratic, but that it has the kind of Republicans that don’t foam at the mouth when a person of color walks by.  The very racist third party campaign by the 12th RD Republican Committee, who for some reason decided to campaign against Gonzalez in another district rather than for Hudson in their own district is another reason.  The 12th RDRC placed signs saying “Make Delaware a Sanctuary State, Vote Democrat!” throughout the district to highlight the fact that Gonzalez is a Mexican immigrant.   I think the ploy has backfired and the socially liberal to moderate voters in the district are not taking it kindly.

Those are the two districts that I think are certain to go Democratic on Tuesday (if you vote), but there are two others that could swing our way, but I am just not sure they will.   One is the 21st RD where general sleazeball and possible criminal Mike Ramone is running for reelection.   He has never faced a competitive election since his first race in 2008, and he got spoiled.  And that led him to abuse his office behind the scenes in opposing his Democratic opponent, Stephanie Barry, as we have covered here at Blue Delaware.  We have also uncovered another possible abuse of office, where it appears Mr. Ramone profited off legislation and did not disclose his conflict of interest.   Ramone is the type of corrupt politician that people hate, but I don’t think that fact has sunk in enough here in Delaware, given the fact that the News Journal only covered the later “insider trading” scandal in the context of an attack on the “partisan blog Blue Delaware.”   So I think Ramone could pull this out in a close one.  I also think it is possible that Barry will win.   I’m just not sure.

I think if Barry had started her campaign back in 2017 like Krista Griffith and Laura Sturgeon did, she would have won going away.  And I think that certain Democratic party members and former officials, namely former Senator Karen Peterson, should stop protecting this Republican creep.   Just because Ramone voted correctly on gay marriage and other discrimination issues does not give him a lifetime license to your your support Karen.   Karen Peterson has single-handedly destroyed her progressive credentials and history of accomplishments by continuing to support Ramone.  Stop giving him a pass.  And this applies to any Democrat in Delaware that has supported Ramone.  This applies to any organization that continues to endorse him.

Finally, Don Allan in the open 36th RD has run a spectacular grass roots campaign.   I pray and hope he wins.  I think he could win.  But I can’t predict or project that he will win because of the district and his opponent.  The party registration numbers in this Kent-Sussex County district slightly favor the Democrat, but the lower state Democratic voter may in fact be a Trump supporter in this day and age.   The district, though, has the feel of being competitive, but I feel that its voters can do what they have always done: vote for the inoffensive local Republican.   And the Republican in this race, Milford Mayor Bryan Shupe is just the type of inoffensive local Republican that could win.   So stay tuned.