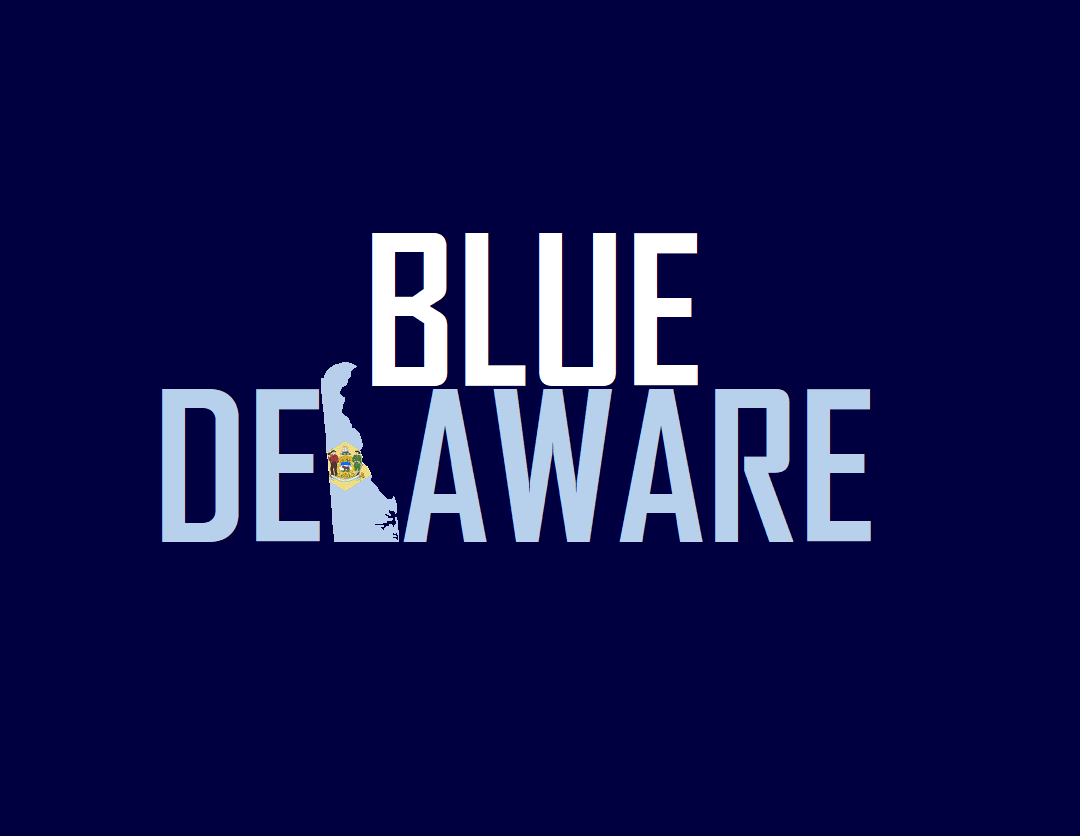 President Trump defended holding a campaign rally on Saturday night, hours after 11 people had been murdered in a Pittsburgh synagogue.

With what happened early today, that horrible, horrible attack in Pittsburgh, I was saying maybe I should cancel both this and that. And then I said to myself, I remembered Dick Russell, a friend of mine, great guy, he headed up the New York Stock Exchange on September 11th, and the New York Stock Exchange was open the following day. He said — and what they had to do to open it you wouldn’t believe, we won’t even talk to you about it. But he got that exchange open. We can’t make these sick, demented, evil people important.

However, as the Washington Post reports, the stock markets “never opened for trading the morning of the attacks and were closed until Sept. 17 — the longest shutdown since 1933.”  And Dick Grasso was the head of the New York Stock Exchange. Dick Russell “was a senator from Georgia, known as a fierce defender of segregation.”  The President is a pathological liar.

Playbook: “With nine days until Election Day, violence, anti-Semitism and domestic terrorism are dominating the headlines. We started this week with mail bombings targeting prominent critics of President Trump. Then there was a shooter in Kentucky who tried to break into a largely black church and later killed two in a grocery store. And Saturday, 11 were killed in a mass shooting in a Pittsburgh synagogue by a man who was spouting anti-Semitic rants.”

“While Republicans in recent weeks felt like their chances in the midterms had rebounded after the Brett Kavanaugh Supreme Court confirmation battle, make no mistake — this is an extremely volatile backdrop for the election. And some Republicans are concerned that Democrats could make a convincing case to voters wanting a ‘check’ on Trump for what they see as him stoking anger across the country.”

"The president won’t change. He can’t change. But that doesn’t mean we can’t plea for him to try" https://t.co/Xvs8dyNbXr

Politico: “House Republicans changed the rules in 2015 to allow many of their committee chairmen to issue subpoenas without consulting the minority party, overriding Democrats objections that likened the tactic to something out of the McCarthy era.”

”Now the weapon that the GOP wielded dozens of times against Barack Obama’s agencies could allow Democrats to bombard President Trump’s most controversial appointees with demands for information. And many Democrats are itching to use it.”

President Trump “could see up to six Cabinet officials depart in the weeks after next month’s midterm elections, according to interviews with a half-dozen current and former Trump officials and Republicans close to the White House,” Politico reports.

“For a president who has already shed or shuffled up eight Cabinet officials, that would make for the highest turnover rate in recent history.”

”It would also be a major disruption even by the standards of an ever-churning administration — possibly creating new confusion across departments and agencies and risking multiple bloody Senate confirmation fights.”

Blaming violence on the targets of the violence – as the president, his son, and their supporters have done over the past 48 hours – is a form of condoning and inciting violence https://t.co/5rMcbSS1fF

President Trump “plans to hold campaign rallies in eight states next week in a final push ahead of November elections that will determine whether Republicans retain control of Congress,” Bloomberg reports.

“Trump will travel to Missouri, West Virginia, Montana, Indiana, Ohio, Georgia, Tennessee and Florida in the final days before the Nov. 6 vote, the official said. All are states the president carried in the 2016 election and have competitive races for either Congress or governor.”

“The president plans to hold at least 10 rallies in the space of six days, with two in Florida.”

The Cook Political Report‘s Amy Walter told Jonathan Swan that the schedule is a “very strategically smart tour” and also appears to her to basically “concede the House.”

"The apparent spark for the worst anti-Semitic massacre in American history was a racist hoax inflamed by a U.S. president seeking to help his party win a midterm election," writes @AdamSerwer: https://t.co/kKnTQZbkRO

Adam Serwer: “Ordinarily, a politician cannot be held responsible for the actions of a deranged follower. But ordinarily, politicians don’t praise supporters who have mercilessly beaten a Latino man, as ‘very passionate.’ Ordinarily, they don’t offer to pay supporters’ legal bills if they assault protesters on the other side. They don’t praise acts of violence against the media. They don’t defend Nazi rioters as ‘fine people.’ They don’t justify sending bombs to their critics by blaming the media for airing criticism. Ordinarily, there is no historic surge in anti-Semitism, much of it targeted at Jewish critics, coinciding with a politician’s rise. And ordinarily, presidents do not blatantly exploit their authority in an effort to terrify white Americans into voting for their party.”

“For the past few decades, most American politicians, Republican and Democrat alike, have taken care not to urge their supporters to take matters into their own hands. Trump did everything he could to fan the flames, and nothing to restrain those who might take him at his word.”

Josh Kraushaar: “Privately, Republican leaders expect to lose around 30 seats—and the House majority—but acknowledge that there could be a number of unexpected outcomes pushing those numbers higher on Election Night. That’s an all-too-realistic scenario given the supercharged liberal engagement in districts across the country, lackluster re-election efforts from unprepared GOP members of Congress, and impressive fundraising figures from even long-shot Democratic challengers.”

“Outside GOP groups, particularly the cash-flush Congressional Leadership Fund, have been effective in undermining some of the leading Democratic challengers in conservative districts… But there are many other districts where Trump won less than 55 percent of the vote that feature Democratic challengers who have gone under-the-radar. Some of these races have barely been polled, even though there’s good reason to think these GOP-leaning seats could be vulnerable. The surprising competitiveness of recent special elections in conservative districts—ones where Republicans hardly engaged—suggest there will be a Democratic undertow that many aren’t expecting.”

“All told, that means Republicans are likely to lose around 30-35 House seats—but the potential for a larger total is higher than the likelihood they can salvage their majority. The recent uptick in Trump’s job approval numbers helps a bit, but only in races where GOP candidates show they can help themselves. With suburban swing-district Republicans already in trouble, the bottom is falling out at the worst possible time.”

One has to believe in so many far-fetched conspiracy theories to be a modern Republican that it's surprising there isn't much more far-right violence already.https://t.co/Y92aPCaigo

“The White House is lowering expectations that Republicans will maintain control of the House in the midterm elections — while positioning President Trump to claim credit for any seats his party gains in the Senate,” Politico reports.

“White House political director Bill Stepien wrote a three-page memo this week in which he outlined the political landscape confronting the GOP and bluntly warned that the party’s prospects for the House are ‘challenging.’”

Max Boot: “I am so sad. I am so heartbroken. What is happening to our country?”

“Tolerance for political and religious differences is a non-negotiable part of the social contract in the United States. It is the very core of our national identity, even if it has all too often been honored more in the breach than the observance. We settle our political differences through debate followed by voting. Political terrorism and sectarian bloodletting — these are the sorts of horrors that occur in the Balkans or the Middle East. Not here. Not in the land of the free. We’re better than this. We’re Americans.”

“Except now the horror show has arrived on our shores.”

“A crowded U.S. Senate race in Republican stronghold Mississippi could set the stage for weeks of uncertainty over which party ends up controlling the upper chamber of Congress after the Nov. 6 elections,” Reuters reports.

“Two Republicans and two Democrats are contesting a special election to serve out the remainder of retired Republican Senator Thad Cochran’s term. Under state law, if no one gets 50 percent of the vote, the top two candidates regardless of party affiliation will go to a Nov. 27 runoff.”

“It is a scenario that could focus international attention on the Southern state and bring in millions of dollars from outside political groups.”

“Of the 34 midterm rallies President Trump has held or will hold by Oct. 31, only nine of them are in congressional districts that voted for Hillary Clinton in the 2016 election,” Axios reports.

“It shows the main GOP strategy in the 2018 midterm elections: deploy the president to energize and encourage the party’s base, and don’t spend a lot of time trying to win converts.”

Jonathan Chait: “A 1924 law gives Congress the power to scrutinize the federal income tax returns of any taxpayer. Democrats in Congress have proposed numerous motions to examine Donald Trump’s returns, given his numerous conflicts of interest. The Republican majority has quashed every attempt. If Democrats win control of either chamber of Congress, they will get a chance to examine the president’s income tax returns.”

“Not so fast, says Newt Gingrich. In an interview with Karen Tumulty, the former House Speaker and energetic Trump defender insists Trump has nothing to fear from congressional oversight in general.”

Asked about the tax returns, Gingrich casually batted down the possibility: “Then they’ll be trapped into appealing to the Supreme Court. And we’ll see whether or not the Kavanaugh fight was worth it.”

“Some Texas voters are complaining that machines flipped their straight-ticket selections to the other party in key races during early voting, especially the much-watched Senate battle between Republican incumbent Ted Cruz and Democrat Beto O’Rourke,” the AP reports.

“The secretary of state’s office said Friday that there have been reported issues with Hart eSlate voting machines, which are used in around 30 percent of counties statewide and feature a wheel for selecting candidates and buttons to move from screen to screen. But it says they are caused by voters themselves and often occur when they complete and submit ballots too quickly.”