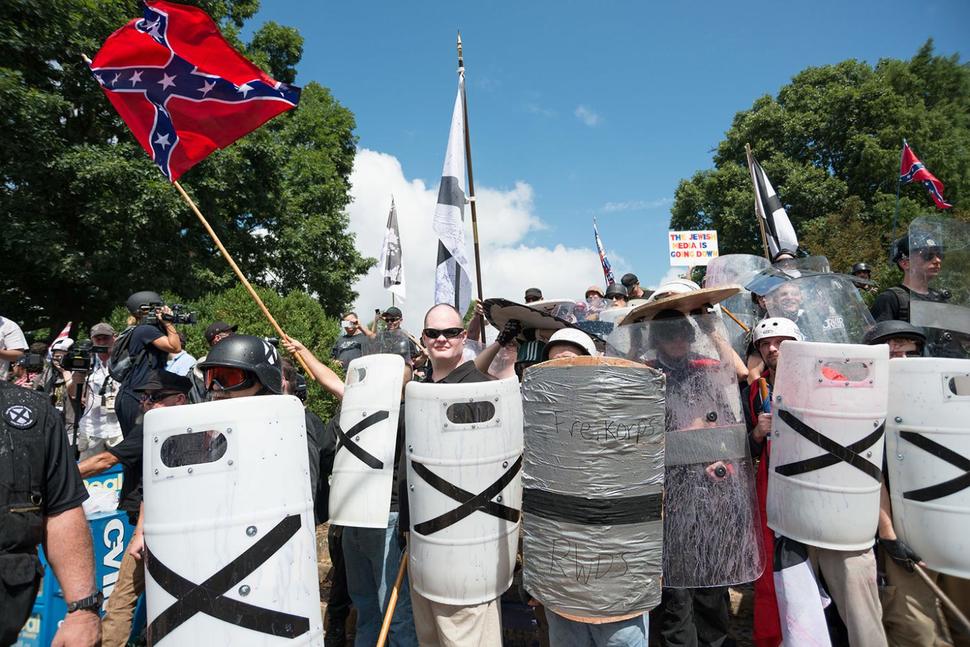 See that? It is a fantastic infographic comparing Right Wing violence and activity vs. Islamists vs. Left Wing. Data comes from the ADL who developed this heat map plotting where and frequency of these events in the US. Their data goes back to 2002, and tells us what law enforemcent has been telling us all along — white supremacy is a bigger danger to the people in this country than Islamists.

Right wing violence is largely ignored and in some cases protected by this Administration. Right wing terrorists are considered by the GRIFTUS as having some very fine people in them. GRIFTUS said the words, claiming he was a nationalist awhile back — a term that the Millers and Bannons of this Administration throw around along with the word “globalist”. Words that are specifically meant to communicate to their followers that they are Putting White People First. Which you can see in the behavior of the Beckys of the world (calling 911 when they want Black people removed from their spaces) all the way up to the right wing attempted assassination of Dem leadership, the murder of black patrons at Kroger in Kentucky (he tried a Black church first)and the specific targeting and murder of Jews in Pittsburgh yesterday.

Time to put an end to this.