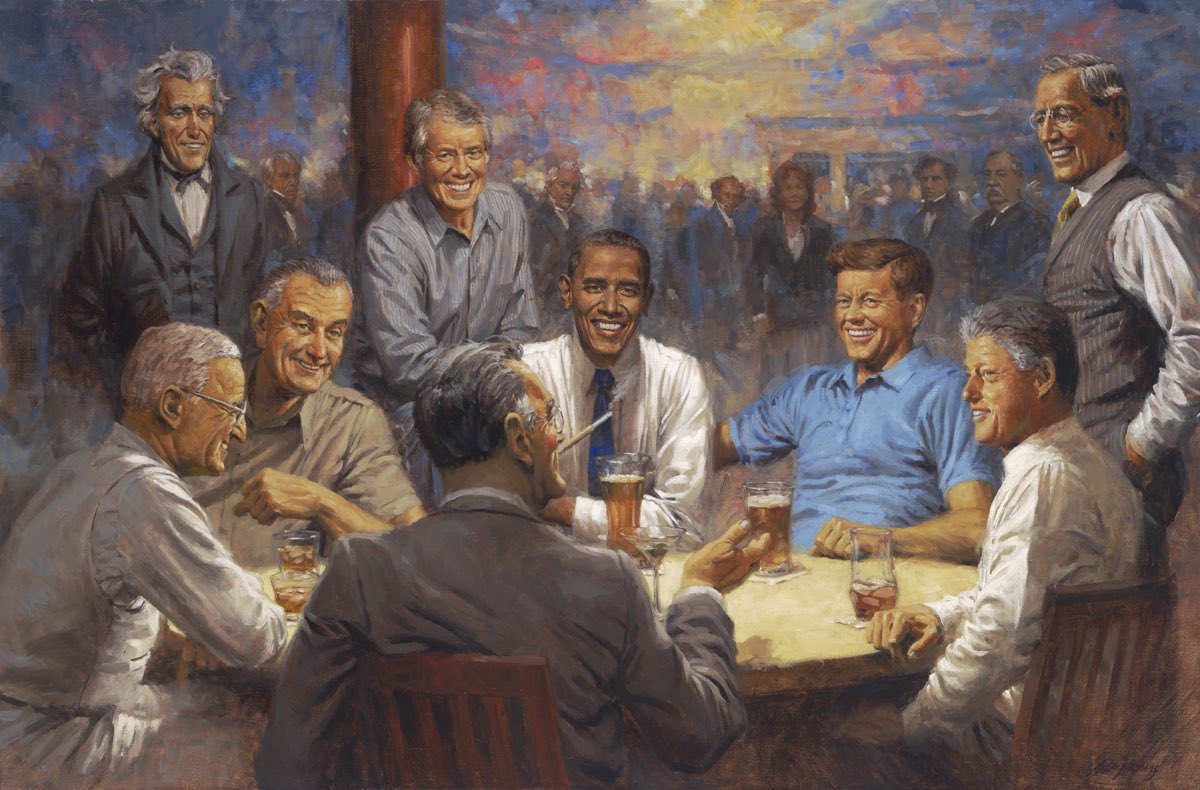 “The Saudis are preparing a report that will acknowledge that Saudi journalist Jamal Khashoggi’s death was the result of an interrogation that went wrong, one that was intended to lead to his abduction from Turkey,” CNN reports.

“One source says the report will likely conclude that the operation was carried out without clearance and transparency and that those involved will be held responsible.”

President Trump said that he spoke with the king of Saudi Arabia and that the ruler denied any knowledge of the disappearance of a Saudi dissident journalist, the New York Times reports.

After the call, Mr. Trump said it was possible that “rogue killers” were behind the disappearance of the journalist, Jamal Khashoggi.

“The federal budget deficit swelled to $779 billion in fiscal year 2018, the Treasury Department said on Monday, driven in large part by a sharp decline in corporate tax revenues after the Trump tax cuts took effect,” the New York Times reports.

“The deficit rose nearly 17 percent year over year, from $666 billion in 2017. It is now on pace to top $1 trillion a year before the next presidential election.”

Elizabeth Warren released a DNA analysis of her genes Monday to show she has Native American ancestry.

President Trump, who frequently calls Warren "Pocahontas," said in July he would donate $1 million to Warren's favorite charity if she did just that. https://t.co/bzoEfvm3zj

“Facebook Inc will ban false information about voting requirements and fact-check fake reports of violence or long lines at polling stations ahead of next month’s U.S. midterm elections, company executives told Reuters, the latest effort to reduce voter manipulation on its service.”

“The world’s largest online social network, with 1.5 billion daily users, has stopped short of banning all false or misleading posts, something that Facebook has shied away from as it would likely increase its expenses and leave it open to charges of censorship.”

The real reason Trump is going to keep calling @SenWarren "Pocahontas" no matter what the facts are: https://t.co/fL2lgevKM3

You'll never guess what it is!

“A federal judge on Monday dismissed a lawsuit from adult film actress Stormy Daniels in which she claimed that President Trump defamed her when he suggested her allegation that she was threatened to stay quiet about their relationship was a lie,” the Washington Post reports.

“Federal District Judge S. James Otero had suggested during a late September hearing that he was skeptical of Daniels’s claim on First Amendment grounds. The ruling ordered Daniels, whose given name is Stephanie Clifford, to pay Trump’s legal fees.”

New Column: The Hidden Army of Voters Poised to Turn Back Trumpism on November 6. The media may not find them interesting, but they're out there and they're working it. https://t.co/hgOz3HZWwk via @thedailybeast

President Trump said that Sears had been mismanaged for years before it declared bankruptcy, Bloomberg reports.  Said Trump: “Sears has been dying for many years. It’s been obviously improperly run for many years and it’s a shame.”

Among those responsible for its management: Treasury secretary Steven Mnuchin, who was a member of Sears’s board from 2005 until December 2016.

Sen. Claire McCaskill (D-MO) “has outraised her Republican challenger by a more than 2 to 1 margin since July, but she’s also been spending money at a faster rate than she’s collecting it,” McClatchy reports.

“The Missouri Democrat, who has faced frequent attacks from President Trump, raised nearly $8.5 million from July 1 through Sept. 30, a record for the quarter in Missouri… Her three-month total is almost as much as her GOP opponent Missouri Attorney General Josh Hawley has raised since launching his candidacy last year.”

“Joe Biden is heading to Nevada this weekend, appearing at the influential Culinary Workers Union as he mulls a 2020 presidential run,” Politico reports.

“The visit follows an appearance by Biden this past weekend in South Carolina, another critical early primary state. Biden, a frontrunner in early presidential polls, has been ramping up his midterm campaign appearances in recent weeks.”

Daily Beast: “President Trump’s latest addition to White House decor is a kitschy fantasy painting that shows him relaxing with Republican presidents of the past—an update to a best-selling image commonly found in tourist gift shops and online galleries.”

“The artwork, ‘The Republican Club’ by Andy Thomas, could be seen in the background of a photo tweeted by 60 Minutes, which aired an interview with Trump on Sunday night.”

“It shows a slimmed-down Trump sandwiched between Presidents Eisenhower and Nixon, directly across from Abraham Lincoln. Teddy Roosevelt, Dwight Eisenhower, Gerald Ford, Ronald Reagan, and both Bushes are also in the imaginary scene.”

NBC News: “Even with phenom Senate candidate Beto O’Rourke at the top of the Texas ticket, it hasn’t been easy, as Democratic officials, party operatives and tied-in organizations in this state and across the country are seeing signs — surprising to some — that many Hispanics may sit out the midterms. The lack of enthusiasm among Latinos has party leaders concerned that a key part of the coalition needed to take back the House and Senate may stay home.”

“Nationally, Latino voters favor a Democratic Congress over a Republican one by 64-21 percent, according to an NBC News/Wall Street Journal Telemundo poll last month. But self-reported interest in the election is low, according to the same survey, and the picture in some individual races looks even worse for Democrats.”

The Atlantic: “In the clamorous story of Donald Trump’s Washington, it would be easy to mistake Gingrich for a minor character. A loyal Trump ally in 2016, Gingrich forwent a high-powered post in the administration and has instead spent the years since the election cashing in on his access—churning out books (three Trump hagiographies, one spy thriller), working the speaking circuit (where he commands as much as $75,000 per talk for his insights on the president), and popping up on Fox News as a paid contributor. He spends much of his time in Rome, where his wife, Callista, serves as Trump’s ambassador to the Vatican.”

“But few figures in modern history have done more than Gingrich to lay the groundwork for Trump’s rise. During his two decades in Congress, he pioneered a style of partisan combat—replete with name-calling, conspiracy theories, and strategic obstructionism—that poisoned America’s political culture and plunged Washington into permanent dysfunction. Gingrich’s career can perhaps be best understood as a grand exercise in devolution—an effort to strip American politics of the civilizing traits it had developed over time and return it to its most primal essence.”

The places where Trump has been making his campaign pitches — in Tennessee, Mississippi, Kansas and rural Iowa — have been in solid Trump/GOP territory, NBC News reports.

“Trump’s average margin of victory in the counties he’s campaigned in, including the pair he dropped to Hillary Clinton, is more than 20 points — 57% to 36% — and includes five counties he won with more than 60 percent of the vote.”

Trump's CBS interview is part of a strategy that Kellyanne recently called "Donald Trump in full."

The goal: Energize Trump voters by ensuring that he unleashes as many lies and depravities in home stretch as the media space will absorb.

“President Trump is making overtures to Democrats about working together next year, a move that would mark a major shift in his approach to dealing with Congress but one that could prove necessary in order to secure big legislative achievements ahead of his reelection campaign in 2020,” The Hill reports.

“If Democrats take control of the House after the November midterms, Trump will have no choice but to reach across the aisle if he wants to check off campaign promises such as a massive infrastructure package.”

“A deep-pocketed Republican group that began the year vowing to focus on the tax overhaul has mentioned the GOP’s signature legislative achievement in just a fraction of its TV ads in 2018, a signal that the issue hasn’t been the political boon party leaders hoped it would be,” Bloomberg reports.

“The Congressional Leadership Fund, a super-political action committee that’s the largest-spending political group this cycle, has put out 31,220 broadcast spots in the first nine months of 2018, just 17.3 percent of which referred to the tax law… The data underscore concerns among Republicans that the 2017 tax law — championed by President Donald Trump and GOP congressional leaders — hasn’t gained traction with voters ahead of the Nov. 6 election that will determine control of the House and Senate. Instead, the GOP base has been more stirred up by issues like immigration and crime in the Trump era.”

Proportional representation could save America https://t.co/TmxmnGng99

“Republicans have begun to concede defeat in the evolving fight to preserve the House majority. The party’s candidates may not go quietly, but from the Arizona mountains to suburban Denver to the cornfields of Iowa, the GOP’s most powerful players this midterm season are actively shifting resources away from vulnerable Republican House candidates deemed too far gone and toward those thought to have a better chance of political survival,” the AP reports.

“And as they initiate a painful and strategic triage, the early Republican-on-Republican blame game has begun as well. GOP operatives connected to several vulnerable candidates complain that the committee responsible for electing House Republicans has failed to deliver on its promise to invest $62 million in political advertising across 11 states this fall, a promise detailed in a September memo that declared, ‘The cavalry is coming.’”