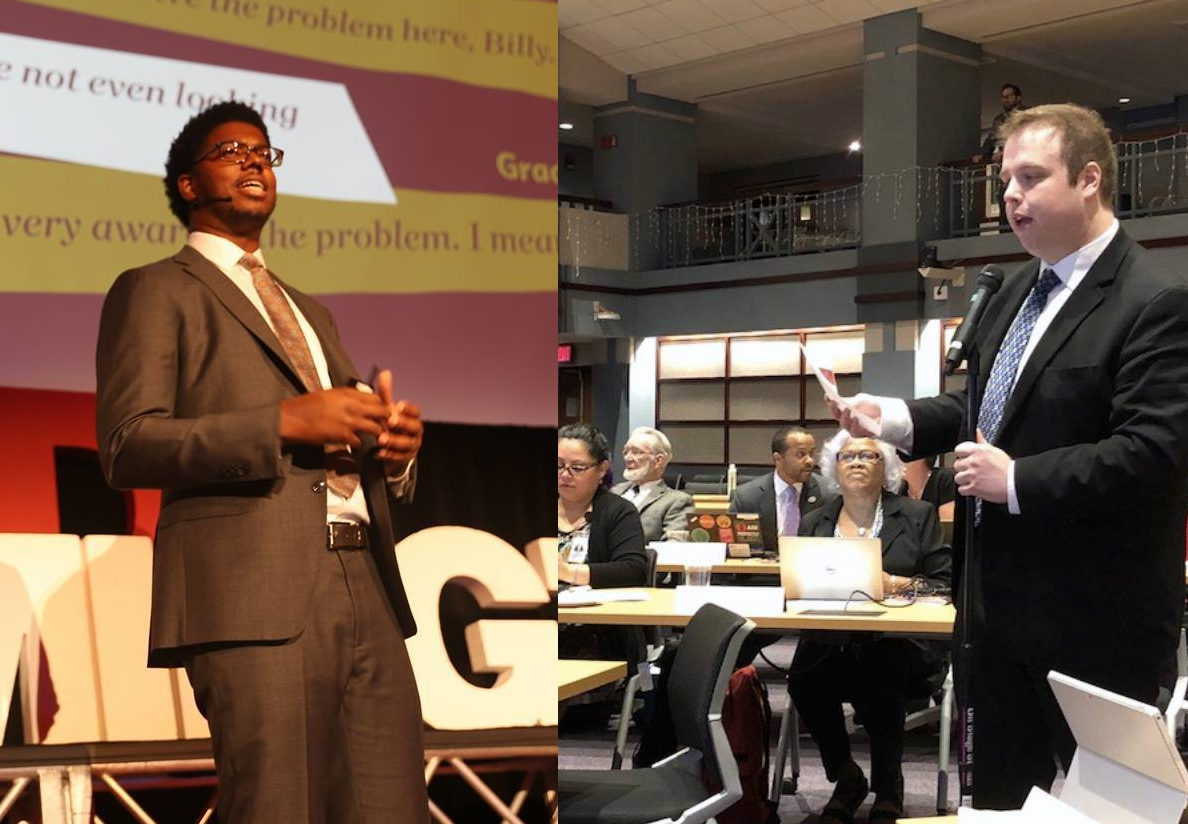 I have been silent up until now on the whole Mike Matthews issue because I was torn.  I wanted to provide context and explain the Mike Matthews of the Down with Absolutes era.   But then I thought that even explaining that Matthew’s schtick back then of being the irreverent shock jock of the Delaware Blogosphere would be interpreted as both defending and dismissing his horrible comments.   And to be clear, what Matthews said back then was wrong and it is right that he resigned.   So I didn’t want to be dismissing and defending his comments even in an effort to provide context.   And to Mike’s everlasting credit, he stood up and accepted responsibility without any attempt to provide context himself.

And I suppose there is also a bit of “hitting close to home” here, in having past blog comments from a decade past coming back to haunt you.  I have made my own controversial comments in the past, most notably my “Round them up” comments about Republicans during the Lehman collapse and the beginning of the Great Recession.

And then I wanted to write up a tribute to the Mike Matthews of today, the passionate educator and union leader who has fought against misguided “reform” efforts that only seek to expand private and charter schools at the expense of public schools.  But Kevin Ohlandt, Jason at Delaware Liberal, Mat Marshall and Steve Newton have done a good job of that already, so what more can I add?

So we are left with two questions:  Who did this and why now?

Matthews closed his blog in 2009 when he decided to go into teaching, but like the saying goes, once you publish something on the Internet, it is there forever.  His old blog posts were available online through an archive site called Wayback Machine. So theoretically anyone could access the material if they really wanted to take down Mike Matthews.  But no one did until now.  Matthews, upon becoming and educator, became involved in Red Clay union affairs almost immediately.  And his education opinions were definitely anti-Markell’s Race to the Top reform efforts and the nonsensical testing practices that emerged from that.

One of the most surprising things about this whole affair is that Matthew’s prior writings have not come out until now.  Old political hands like myself and others in the blogosphere or in any way involved in politics during the 2000s knew Mike Matthews had a blog.   I just assumed everyone knew about them (though I would confess that I was not aware of the offensive comments specifically).  So perhaps everyone knew about it, but really didn’t know specifically.  So whomever did this did it to damage Matthews.  Whomever did this was not a friend of ally of Matthews.  Whomever did this was an opponent.

That person, according to many socurces, is Antre Alleyne.  Who is he?

Alleyne is the Executive Director of the right wing Delaware education advocacy nonprofit organization DelawareCAN. The organization is to education specifically what the Casear Rodney Institute was to public policy generally.  Alleyne is also a former Delaware Department of Education staffer under the Markell Administration who was engaged with running the Race to the Top Initiative.

According to our sources, Alleyne came into possession of, whether through his own investigation or through the efforts of others, of the offensive DWA blog posts, and he began shopping the story to the News Journal six to eight weeks ago. Now, remember that time period. It will be important with respect to our second question of why now?

Mike Matthews, on his own accord and as President of the DSEA, has been very critical of Chris Ruzkowski, Penny Schwin and Alleyne due to their education reform ideas during the Markell Administration. Alleyne, in turn, has been been very critical of the DSEA, calling the organization racist and unconcerned with the plight of Wilmington City Schools and their students. So Alleyne’s motive and opportunity are clear, and his guilt was proven through his own actions immediately after Matthew’s political assassination.

The fact Cris Barrish with WHYY would even contact Atnre Alleyne for a quote about the blog posts tells me Alleyne provided them to Barrish.  And, oh so miraculously, there is a quote from Meghan Wallace.  She was Governor Markell’s former Education Policy Advisor.  I like Meghan but her alliances leave me scratching my head.  Such as the one with Alleyne.  There have always been corporate education reformers in Delaware ever since the Budingers sold their company and created the Rodel Foundation in 1998.  But I digress.

The rest of Delaware media caught on to the WHYY article and there was Alleyne, standing at the ready for more quotes.  But that wasn’t enough for him.  He had to come out with his own blog post about it today.  To make sure everyone understood what he did.  To feed the monstrous ego in his head.  But even that wasn’t satisfactory.  He had to make sure every single teacher in the state saw it.  So he did just that- he sent his self-serving blog post to every teacher in the state.  He may claim it was done in error and he tried to stop it but don’t believe that for one second.

So why now?  To weaken the only effective union in the state right before the election.  If the object was to damage Matthews, this hit job could have been done at any time since he became involved in Red Clay or with the DSEA.   But Alleyne and his allies waited until now.

Remember, Alleyne works for a right wing anti-teacher and anti-union organization that wants to privatize as much of public education as possible.   The 6-8 week delay in shopping this story to media outlets and publication and the use of the offensive material at all in an election year when it was easily available to anyone willing to look for it point to that motivation.  And Alleyne’s continued actions after Matthew’s resignation, saying that the resignation is not enough and that DSEA needs to do more, and his unsolicited emails to every teacher in Delaware, point to this all being a well and long planned operation to target the DSEA, and not just Matthews specifically.  If Matthews and his offensive comments were the only issue here, then the story would be over after his resignation.   Alleyne’s ham handed unsolicited emails and blog posts since then prove that he wants to destroy or at the very least weaken DSEA.

And that leaves me with a question that Democrats must address.  Democrats are pro-union and pro-public education.  Isn’t it long past time we ex communicated all these privatization boosters that are in our midst?   Let them all join the Republican Party where they belong.