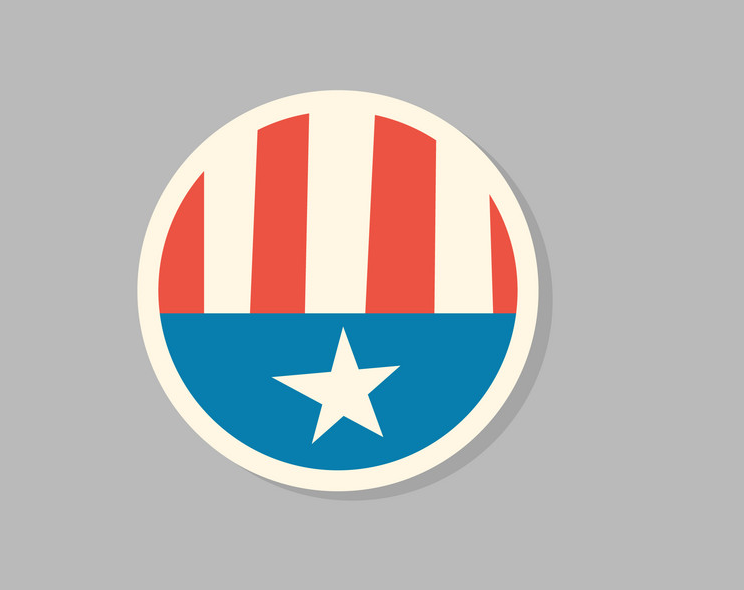 “That holds among likely voters across a range of turnout scenarios, with 12- to 14-point Democratic leads. It’s difficult for Democrats to hold their vote share in the shift from registered to likely voters, especially in midterms – a testament to Democratic motivation this year.”

Washington Post: “Enthusiasm is up across almost all demographic groups, but the increases are greater among younger adults, nonwhite voters and those who say they favor Democrats for the House.”

A new CBS News poll in key battleground districts finds Democrats maintain an edge in the battle for control of the House of Representatives, 47% to 44%.

“Democrats are being helped by a gender gap in the race for the House in these key districts: Men are backing Republican candidates by 7 percentage points, while women are supporting Democrats by 12 points. The gender gap has widened somewhat since last month.”

This smear of a brave journalist who has apparently been murdered for his writing is false and disgraceful, and comes from those who have fawned over and enabled the apparent murderer in chief https://t.co/mpg6EoUFLJ

President Trump told 60 Minutes that the Saudis could be behind the disappearance of Washington Post reporter Jamal Khashoggi and, if so, the U.S. would inflict “severe punishment.”  He also said the matter is especially serious because, “this man was a reporter.”  He added: “There’s something– you’ll be surprised to hear me say that, there’s something really terrible and disgusting about that if that was the case.”  Yes, we are surprised, because you encourage violence against the free press on a daily basis.

But Trump is still believing the words of dictators over the evidence given to him by our allies and our intelligence agencies.

on Roy Moore: “Well, he denies it”

on Rob Porter: He “says he's innocent and I think you have to remember that" pic.twitter.com/iGvbwsCqr6

Trump also suggested on 60 Minutes that Defense Secretary James Mattis could be one of the next administration officials to depart his Cabinet.  Said Trump: “I have a very good relationship with him. I had lunch with him two days ago. I have a very good relationship with him. It could be that he is. I think he’s sort of a Democrat, if you want to know the truth. But General Mattis is a good guy. We get along very well. He may leave. I mean, at some point, everybody leaves. Everybody. People leave. That’s Washington.”

He added that there are “some people” in his administration that he’s “not thrilled with.”

President Trump “suggested on Saturday that he believes the controversial policy of family separations could continue in the United States and that the practice could dissuade immigrants from entering the country illegally,” NBC News reports.

Said Trump: “I will say this: If they feel there will be separation, they don’t come.

It's long past time that we called the Saudis' bluff, ended our abominable involvement in Yemen, and invested in renewables to save the climate and achieve energy independence.https://t.co/ne3WlSfuIk

A new CNN poll finds the public is split over whether they think President Trump will win a second term — 46% say he will and 47% say he won’t.

“But that’s a steep improvement for him since March, when 54% of adults said they thought he’d lose his bid for a second term. The share seeing a second Trump win in the offing has risen across party lines. The increase is a bit sharper among men (up 8 points), independents (from 39% in March to 47% now) and those who are enthusiastic about voting in this year’s midterms (from 37% in March to 46% now).”

A biz owned by Kevin McCarthy's in-laws won more than $7,000,000 in no-bid and other federal contracts at U.S. military installations and other gov't properties based on a dubious claim of Native American identity by his brother-in-law, LAT reports. https://t.co/7MfP6g1OHA

“A company owned by House Majority Leader Kevin McCarthy’s (R-CA) in-laws won more than $7 million in no-bid and other federal contracts at U.S. military installations and other government properties in California based on a dubious claim of Native American identity by McCarthy’s brother-in-law,” a Los Angeles Timesinvestigation has found.

“The prime contracts, awarded through a federal program designed to help disadvantaged minorities, were mostly for construction projects at the Naval Air Weapons Station China Lake in McCarthy’s Bakersfield-based district, and the Naval Air Station Lemoore in nearby Kings County.”

.@DMRegister: “In his almost 16 years in Congress, [Steve] King has passed exactly one bill…He won’t debate his opponent and rarely holds public town halls. Instead, he spends his time meeting with fascist leaders in Europe and retweeting neo-Nazis.” https://t.co/FfW9loCG97

Michael Cohen, President Trump’s former personal attorney, is urging the public to vote next month in what “might be the most important vote in our lifetime,” the Washington Post reports.

“Cohen is out on bail until his sentencing in December, meaning he remains eligible to cast a ballot on Nov. 6. The midterms could be his last opportunity to vote for some time: He faces 46 to 63 months in prison, according to court filings.”

Cohen changed his party registration to the Democrats last week.

“Not long ago, as heart-rending images of migrant children separated from their parents at the border filled the airwaves, the issue of immigration seemed to be losing some of its potency as a weapon for Republicans with the midterm elections approaching,” the New York Times reports.

“But Republican candidates across the country, leaning on the scorched-earth campaign playbook employed by President Trump, saw an opening nonetheless, painting Democrats as the ones pursuing an extreme immigration agenda that would fill the country with “sanctuary cities” where violent criminals roam free.”

“The strategy, in play in a growing number of races, may be working.”

“During the past six months, Sen. Elizabeth Warren (D-MA) has quietly built a shadow war room designed to elect Democrats across the country in the midterm elections, overtaking some of the traditional duties of Democratic Party campaign committees and further positioning herself for an all-but-certain 2020 presidential bid,” the Washington Post reports.

“Her effort, which goes far beyond the fundraising and endorsement speeches in which prospective presidential candidates typically engage, has encompassed work in all 50 states and close coordination with more than 150 campaigns. The result is a wide-ranging network that includes those running for state treasurer in Nevada, state legislature in Iowa and congressional offices around the country.”

“It is unmistakably aimed at some of the early-primary states that Warren would need to contest in a presidential campaign. She has deployed staffers to all four early primary states — two to New Hampshire and one each to Iowa, South Carolina, and Nevada — as well as to traditional powerhouses like Ohio, Florida, Michigan and Wisconsin.”

President Trump seems unable to comfort the nation in times of tragedy or celebrate its moments of triumph, writes Todd S. Purdum: https://t.co/U1EyN98AXJ

Washington Post: “Nine months after President Trump was forced to dissolve a panel charged with investigating voter fraud, GOP officials across the country are cracking down on what they describe as threats to voting integrity — moves that critics see as attempts to keep some Americans from casting ballots in November’s elections.”

“Voting rights advocates said Republicans are seizing on sporadic voting problems in an effort to disenfranchise voters of color.”

CNN: “The meetings are coming to light now only because of internal memos and other notes, released through a Freedom of Information Act request, that reveal these meetings and others that were not noted on his calendar, glaring omissions from what is supposed to be a complete record of the secretary’s activities.”

“The monthly calendars the Interior Department has released publicly in response to Freedom of Information Act requests have often left off or obscured some meetings. More detailed accounts of Zinke’s time are found in separate briefing memos prepared by his staff, which have not been released with the calendars and were obtained only by filing another FOIA request.”

The Senate represents states, not people. That’s the problem. https://t.co/crv2SbsTGH via @voxdotcom

“Cipollone has already begun the process of filling out his necessary paperwork, according to one of those sources. (As with any decision in Trumpworld, the president could reverse it or some other obstacle could emerge in the paperwork process. But as of today, it’s expected to be Cipollone.)”

New York Times: “Early in his presidential campaign, Donald J. Trump dismissed political data as an ‘overrated’ tool. But after he won the Republican nomination, his team began building a database that offers a pipeline into the heart of the party’s base, a comprehensive list including the email addresses and cellphone numbers of as many as 20 million supporters.”

“Now, consultants close to the Trump campaign are ramping up efforts to put that database — by far the most sought-after in Republican politics — to use, offering it for rent to candidates, conservative groups and even businesses. It is an arrangement that has the potential to help the Republican Party in key midterm races, while providing a source of revenue for President Trump’s campaign and the consultants involved.”

New York Times: “Air Force One has become a flying call center, the Oval Office, a revolving door of journalists, dignitaries and celebrities. Rock stars and cabinet secretaries wander the White House driveway, a place that at any given moment can be the site of an impromptu news conference.”

“When President Trump enters one of the more talkative cycles of his presidency — and ahead of the midterms, post-Supreme Court confirmation, he is definitely in one — the environment around him becomes a stage, and inevitable questions of a grand strategy arise.”

New York Times: “In 2016, before the presidential election, state-backed Russian operatives exploited Facebook and Twitter to sway voters in the United States with divisive messages. Now, weeks before from the midterm elections on Nov. 6, such influence campaigns are increasingly a domestic phenomenon fomented by Americans on the left and the right.”

“Politics has always involved shadings of the truth via whisper campaigns, direct-mail operations and negative ads bordering on untrue. What is different this time is how domestic sites are directly emulating the Russian playbook of 2016 by aggressively creating networks of Facebook pages and accounts — many of them fake — that make it appear as if the ideas they are promoting enjoy widespread popularity, researchers said. The activity is also happening on Twitter.”

Washington Post: “Facebook said on Thursday it has purged more than 800 U.S publishers and accounts for flooding users with politically-oriented content that violated the company’s spam policies, a move that could reignite accusations of political censorship.”