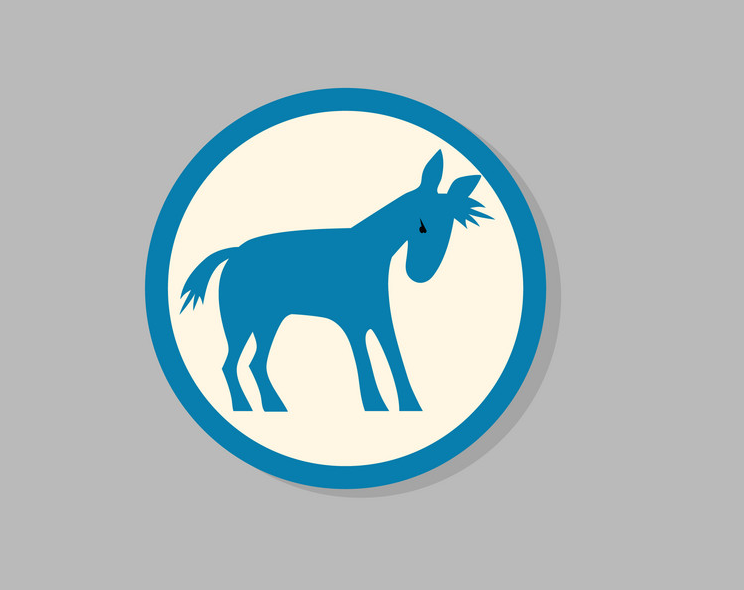 “Over the past decade, Jared Kushner’s family company has spent billions of dollars buying real estate. His personal stock investments have soared. His net worth has quintupled to almost $324 million,” the New York Times reports.  “And yet, for several years running, Mr. Kushner — President Trump’s son-in-law and a senior White House adviser — appears to have paid almost no federal income taxes.”

“His low tax bills are the result of a common tax-minimizing maneuver that, year after year, generated millions of dollars in losses for Mr. Kushner, according to the documents. But the losses were only on paper — Mr. Kushner and his company did not appear to actually lose any money. The losses were driven by depreciation, a tax benefit that lets real estate investors deduct a portion of the cost of their buildings from their taxable income every year.”

President Trump called Confederate commander Robert E. Lee “incredible” and claimed President Abraham Lincoln had a “phobia” because he kept losing to Lee during the Civil War, the Washington Post reports.  The comments came at a rally in Ohio during an anecdote about Ohio-born President Ulysses S. Grant’s alleged drinking problems.

“Khashoggi turned on the recording function of his Apple Watch before walking into the Saudi consulate in Istanbul on October 2, according to Sabah newspaper.”

“A deluge of Democratic spending in the final days of the battle for the House has triggered recriminations among Republicans and forced the party to lean on its biggest patron to salvage their majority,” Politico reports.

“Since the end of July, Republican candidates in the 70 most contested races have reserved $60 million in TV ads, compared to $109 million for Democratic hopefuls… The disparity is almost certain to grow, as former New York City Mayor Michael Bloomberg makes good on plans to spend nearly $80 million to help Democrats flip the House.”

Joe Biden is again publicly weighing whether to run for president—and he's getting mixed messages from Democrats, @DickPolman1 writes: https://t.co/MLnm6sE4A8

Former Vice President Joe Biden, in some of his harshest criticism of President Trump to date, said that the president was “trashing American values” and undermining institutions to “amass power,” the New York Times reports.

Said Biden: “He is just trashing American values the way he talks about people, the way he makes fun of people, the way he denigrates folks. I got to tell you, I think there is a method to his madness because he wants you to get down in the mosh pit with him.”

New York Times: “The race for Kentucky’s Sixth Congressional District between the Republican incumbent, Andy Barr, and his Democratic challenger, Amy McGrath, has featured one of the highest concentration of political ads in the country — almost 7,000 airings — in one of the most fiercely fought races.”

“But there is a twist. The contest also has one of the most lopsided ratios of negative-to-positive ads, with Mr. Barr and aligned Republican groups spending more than $3 million in the relatively inexpensive Lexington media market in the past six weeks, overwhelmingly on spots attacking Ms. McGrath.”

“Ms. McGrath, so far, has not run attack ads against Mr. Barr, an approach that makes this contest a laboratory to test the long-held proposition that while voters find negative ads distasteful, candidates use them because they work.”

Two nonprofit evangelical groups in Texas are claiming that Christian businesses and churches have a constitutional right to fire — or not hire — LGBTQ workers. https://t.co/hHALullvvT

“President Trump is considering as many as five candidates as his new attorney general on the assumption that Jeff Sessions will leave his post later this year,” the Wall Street Journal reports.

“Mr. Sessions isn’t currently planning to leave, but privately has said that he anticipates he may be asked to resign… The attorney general has told people the request may come on the president’s Twitter feed.”

“President Trump declined Thursday to deny that he was eyeing Matthew Whitaker as a replacement for Attorney General Jeff Sessions. And suddenly, Whitaker’s past skepticism of Russia investigation has taken on new significance,” the Washington Post reports.

“Appearing on CNN in July 2017 — before he was in his current position as Sessions’s chief of staff — Whitaker mused about a scenario in which Trump might fire Sessions and replace him with temporary attorney general. He noted that federal regulations still gave the attorney general power over the budget for a special counsel. That temporary replacement, he then said, could move to choke off Mueller’s funding.”

If Trump won the Rust Belt because he identified some deep anxiety about the economy and globalization we all ignored, why are Repubs struggling there, now that Trump got his trade deal, is manhandling China and immigrants, and the economy is doing great?https://t.co/0TDkVvyPSu

From the ruling: “This case is not about whether or not a justice of the Supreme Court of Appeals of West Virginia can or should be impeached; but rather it is about the fact that to do so, it must be done correctly and constitutionally with due process. We are a nation of laws and not of men, and the rule of law must be followed.”

Arguing that WikiLeaks is indistinguishable from Facebook isn’t going to fly in the courtrooms or the court of public opinion. https://t.co/WLy4tUJ8vS

“A federal judge has ordered the partial release of a Watergate report that fueled an impeachment drive against President Richard Nixon and could serve as a precedent for a similar effort aimed at President Trump,” Politico reports.

“The transmission to Congress more than four decades ago included a bare-bones summary of evidence from various witnesses, as well as supporting documents contained in a bulging olive-colored briefcase that prosecutors gave Judge John Sirica. The information detailed what the grand jury discovered about the Watergate break-in and Nixon’s involvement in subsequent efforts to cover it up.”

“Donald Trump had his second-most-dishonest week as president last week, capping an extended run of egregious lying,” the Toronto Star reports.  “Trump had four campaign rallies and a press conference, giving himself ample time to say inaccurate things. He made 129 false claims in all, just shy of his one-week record of 133, which he set in August.”

Why did Melania Trump wear her ‘I don’t really care. Do u?’ jacket to visit detained migrant children? The first lady gave ABC News an answer, kind of. https://t.co/7wEcTTqgUB

“Las Vegas casino mogul Sheldon Adelson is pumping tens of millions of dollars more into Republican Party coffers in an 11th-hour push to save their congressional majorities, according to two senior Republicans familiar with the donation,” Politico reports.

“The move comes as Democrats dominate the TV airwaves. The party has been buoyed by a turbocharged small-donor base that’s flooded House candidates with millions of dollars in contributions. On top of that, former New York Mayor Michael Bloomberg has pledged to spend $80 million in the final weeks leading up to the midterm election, the vast majority of it to help Democrats seize control of the House.”

This seems like a big deal, $7.5 billion of fighters left in path of storm –> Tyndall Air Force Base a ‘Complete Loss’ Amid Questions About Stealth Fighters https://t.co/dCVFDASm4G

The questions sent by Mueller to Trump’s legal team are related to the special counsel’s inquiry into any collusion between the Trump campaign and Russia to influence the 2016 election, CNN reported based on unnamed sources. Focusing on questions related to the period before Trump’s inauguration takes any claims of executive privilege off the table. Trump has denied he colluded with the Russians and has labeled Mueller’s investigation a witch hunt.

There still has not been a deal struck for Trump to sit down for an interview with Mueller’s team, CNN said, with prosecutors seeking to question Trump directly for the obstruction of justice aspect of its investigation. They two sides did agree, however, for Trump’s lawyers to start working on answering a round of written questions from Mueller, with special counsel also pushing for the opportunity for follow-up and additional rounds of questions, according to CNN’s report.

“If he’s going to be the No. 1 topic of conversation across the country every day anyway, he might as well weigh in.” Trump (never shy) enters a (yet another) talkative phase of his presidency. @katierogers @maggieNYT https://t.co/XeeyCQ1WRC

Rep. Steny Hoyer (D-MD), a veteran in the House who is well-liked in the caucus and has a proven ability to foster relationships on the campaign trail and back in D.C., would never challenge Rep. Nancy Pelosi (D-CA) for her speaker’s gavel.  But, per a Thursday Politico report, he would make a bid for it if Pelosi does not secure enough votes to become speaker should Democrats win the House next month.

Hoyer reportedly does not expect Pelosi to run into trouble winning the post, and would be more than happy to retake his old job of House majority leader.  He’s been a boon for the party, raising $9 million for Democrats (second only to Pelosi), traveling to 94 congressional districts (he’s 79 years old) and rallying voters in red states where Pelosi has been turned into a pariah.

Hoyer has also managed to retain his colleagues’ good will and support, despite the push to diversify Democratic leadership with an influx of younger representatives, many women and people of color.