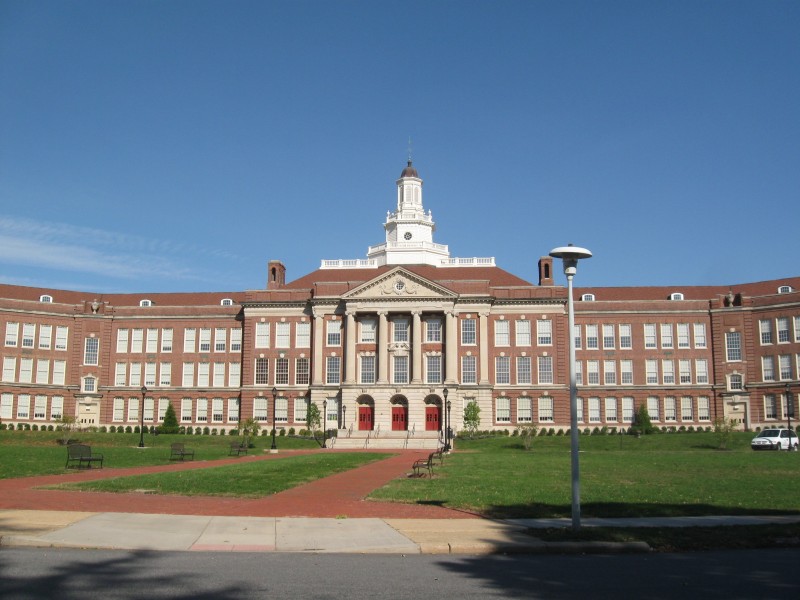 P.S. DuPont Middle School, on 34th Street in Wilmington. The school was built in 1935, with funds donated by Pierre S. du Pont. The school was named after du Pont. The Colonial Revival school originally educated 2,250 students at a time, after massive growth in the number of children in Wilmington in the 1920s, and served as a high school until the 1970s. School teams were named the Dynamiters, after the DuPont Company’s main business in the early 1900s.   Photo by xzmattzx.