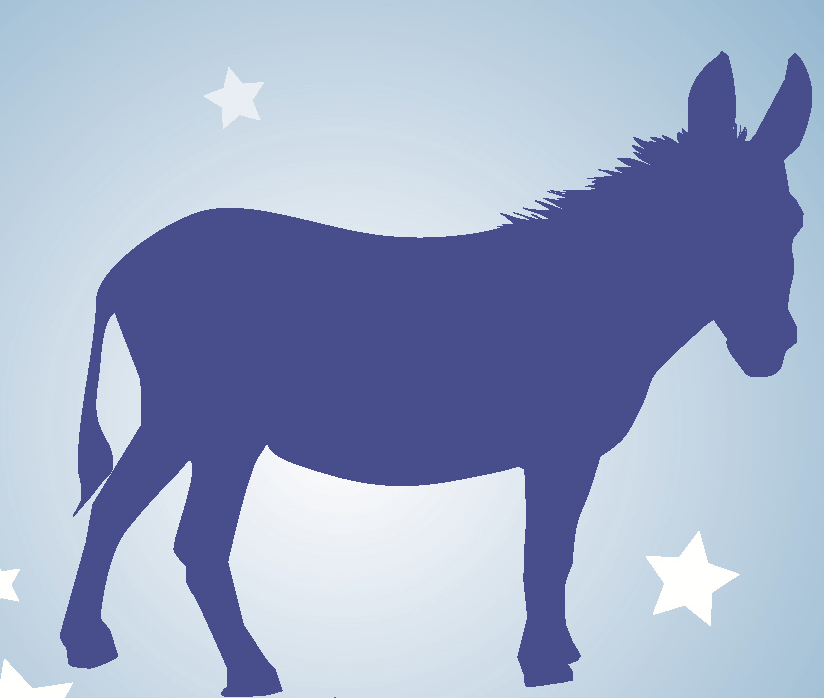 Politico: “As he’s ramped up his rally schedule ahead of the midterms, viewership numbers for the raucous primetime events have been roughly similar to — sometimes dipping below — Fox News’ regular programming, and the network has recently stopped airing most evening events in full.”

So O’Rourke will be featured in a live, one-hour town hall on October 18.

The Washington Post reports that almost every sentence in President Trump’s opinion piece for USA Todaycontains a misleading statement or a falsehood.

This is….well, just read it. Can't do it justice in a tweet. Via @Olivianuzzi https://t.co/tUzCAaPaiL

Said Kelly: “There is, to the best of my knowledge, no chaos in this building.”

“President Trump talked recently with Jeff Sessions’s own chief of staff about replacing Sessions as attorney general, signaling that the president remains keenly interested in ousting his top law enforcement official,” the Washington Post reports.  “The conversation between Trump and Matthew G. Whitaker was somewhat nebulous, the people said. It was not clear, for example, whether Whitaker would take over on an interim basis or be nominated in a more permanent capacity, or how definitive the president’s intentions were.”

Senate Majority Leader Mitch McConnell said that it’s up to President Trump to pick a potential successor for Attorney General Jeff Sessions, but the nominee won’t come from the Senate, The Hill reports.  Said McConnell: “It’s not going to come from our caucus, I can tell you that. 51-49, you can do the math. We’re not doing that.”

“Numbers show requests from African-American voters for absentee ballots in Georgia are coming in to county elections offices at a rate not seen since Barack Obama was elected president in 2008,” WSB-TVreports.

“According to the GeorgiaVotes.com website, which compiles data made available by the Georgia Secretary of State’s Office, 41.9% of all absentee ballot requests are coming from African-American voters, while 44.7% are coming from white voters.”

New York Magazine: “In October 2016, senior staff in the Obama White House discussed what they should do if Hillary Clinton won the November election and Donald Trump refused to accept the result as legitimate. They had cause to be worried. At that time, Trump had openly speculated that the election might be ‘rigged.’ During his final debate with Clinton on October 19, he said that his opponent ‘should never have been allowed to run’ and declined to answer the question of whether he would concede.”

Said Obama senior aide Ben Rhodes: “It wasn’t a hypothetical. Trump was already saying it on the campaign trail.”

“The Obama White House plan, according to interviews with Rhodes and Jen Psaki, Obama’s communications director, called for congressional Republicans, former presidents, and former Cabinet-level officials including Colin Powell and Condoleezza Rice, to try and forestall a political crisis by validating the election result. In the event that Trump tried to dispute a Clinton victory, they would affirm the result as well as the conclusions reached by the U.S. intelligence community that Russian interference in the election sought to favor Trump, and not Clinton.”

First lady Melania Trump says women who make accusations of sexual abuse “need to be heard” and supported, but so do men, the AP reports.

She says when there are accusations there needs to be “really hard evidence” and accusers should “show the evidence.”

“A veteran Republican activist whose quest to obtain Hillary Clinton’s emails from hackers dominated the final months of his life struck up a professional relationship with Lt. Gen. Michael Flynn, the former national security adviser to President Trump, as early as 2015, and told associates during the presidential campaign that he was using the retired general’s connections to help him on the email project,” the Wall Street Journalreports.

“The late Peter W. Smith, an Illinois financier with a long history in Republican politics, met with Mr. Flynn in 2015… At the time, Mr. Flynn had recently left his job as head of the Defense Intelligence Agency and was trying to set up his own consulting firm, while Mr. Smith was looking at investment opportunities in cybersecurity.”

“Richard Pinedo wasn’t accused of knowingly helping Russian companies and individuals accused of orchestrating campaigns to influence the 2016 presidential election. But his fraud scheme nevertheless landed him in the middle of the special counsel investigation.”

A source familiar with the case told Reuters that Pinedo “is referred in the charging documents as the person who helped the Russian conspirators launder money, as well as purchase Facebook ads and pay for rally supplies, through PayPal Holdings Inc.”

“In a motion to dismiss a new lawsuit accusing President Trump’s campaign team of illegally conspiring with Russian agents to disseminate stolen emails during the election, Trump campaign lawyers have tried out a new defense: free speech,” The Atlantic reports.

Trump lawyers argued that the First Amendment protects the campaign’s “right to disclose information—even stolen information—so long as (1) the speaker did not participate in the theft and (2) the information deals with matters of public concern.”

Said Scarborough: “Now the president of the U.S. is holding rallies where angry mobs of people are demanding to lock up a U.S. senator because they disagree with her politics. I guess due process and keeping your head, that was in vogue for Republicans last week. Mitch McConnell must be shocked at the angry mobs.”

He added: “He was a snowflake just a couple days ago, just melting on national television because of all the angry mobs. I wonder what Mitch thinks again about people talking about locking up one of his colleagues… because they disagree with her politically. That’s an angry mob, right?”

Axios: “Democratic voter turnout in this year’s House primaries increased in each of the 19 competitive, comparable House districts compared to 2014, and doubled in more than two thirds of them. That’s far better than Republican voter turnout, which increased in 14 of those districts but didn’t double in any of them.”

“Poor turnout has been the scourge of Democrats’ efforts to win congressional elections in the last decade. But this data suggests that a surge of anti-Trump enthusiasm could boost their turnout in November — and not just in already-blue areas, but in parts of the country that could deliver control of the House to the Democrats.”

Playbook: Sen. Jon Kyl (R-AZ), who was named to fill John McCain’s Senate seat, has said that he will serve likely until the end of the year. He had been previously working as a lobbyist for Covington and Burling. How much was he making there? We might never know! He was granted an extension on his financial disclosure form until ‘no later than January 03, 2019.’ He might be out of the Senate by then!”

“Don’t expect to find any flattering biographical information about newly-minted Supreme Court Justice Brett Kavanaugh on his namesake website domain,” the HuffPost reports. “Instead, visitors to BrettKavanaugh.com are invited to click on links to resources for survivors of sexual assault.”

“Nikki Haley is getting out of the Trump administration with her stature elevated and political prospects brightened — not something that could be said for most top political power players who leave the President’s reputation-crushing fold,” CNN reports.

“Outshining the showman in chief in her Oval Office goodbye Tuesday, the outgoing US ambassador to the UN pocketed a valuable endorsement for a political career no one thinks is over.”

“The President, in comments that might one day find new life as a campaign ad, said Haley ‘has been very special to me. She’s done an incredible job. She’s a fantastic person, very importantly — but she also is somebody that gets it.’”

ProPublica: “After decades as a major Republican donor, Adelson is known as an ideological figure, motivated by his desire to influence U.S. policy to help Israel. ‘I’m a one-issue person. That issue is Israel,’ he said last year. On that issue — Israel — Trump has delivered. The administration has slashed funding for aid to Palestinian refugees and scrapped the Iran nuclear deal. Attending the recent opening of the U.S. embassy in Jerusalem, Adelson seemed to almost weep with joy, according to an attendee.”

“But his reputation as an Israel advocate has obscured a through-line in his career: He has used his political access to push his financial self-interest. Not only has Trump touted Sands’ interests in Japan, but his administration also installed an executive from the casino industry in a top position in the U.S. embassy in Tokyo. Adelson’s influence reverberates through this administration. Cabinet-level officials jump when he calls. One who displeased him was replaced. He has helped a friend’s company get a research deal with the Environmental Protection Agency. And Adelson has already received a windfall from Trump’s new tax law, which particularly favored companies like Las Vegas Sands. The company estimated the benefit of the law at $1.2 billion.”

Playbook: “The DCCC is dropping $250,000 on a new TV ad in Arkansas’ 2nd Congressional District, a deep red, R+7 seat anchored in Little Rock that is represented by Rep. French Hill (R-AR). A quarter-million bucks buys two weeks of broadcast.”

”There has been very little outside spending in this district. House Majority PAC, the Democratic super PAC, has spent just short of a quarter-million bucks — it is the top outside spender there. Hill is facing Claire Tucker (D), a state lawmaker. This is a district that President Trump won by 10 points, and Hill won by 22 in 2016.”

New York Times: “Rather than falling back on defense amid roiling outrage, especially among women, Mr. Trump is going on offense, trying to turn the furor into an asset instead of a liability. With the world’s loudest megaphone, he hopes to make the issue not the treatment of women in the #MeToo era but the treatment of men who deserve due process.”

“For Mr. Trump and his Republican allies, this is a big gamble, with control of at least one house of Congress and possibly both on the line. Polls generally show that more Americans believed Christine Blasey Ford, the main accuser, than Justice Kavanaugh.”