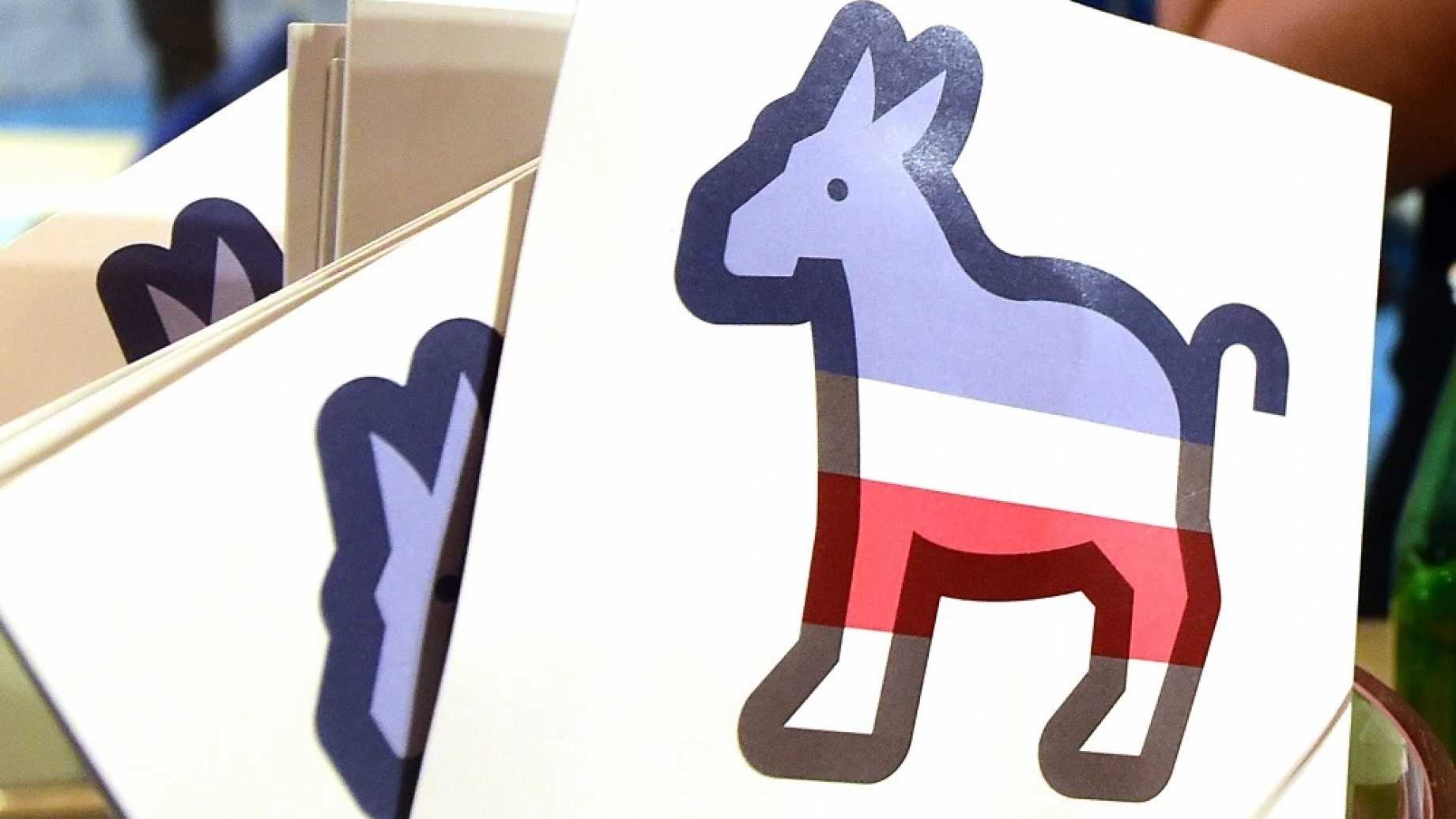 So UN Ambassador Nikki Haley abruptly quit today. promptly speculation as to her reasons, the apparent suddeness that caught White House and State Department officials by surprise.  Haley, in an Oval Office press conference with Trump, said she just wanted a breaker after 8 years of public service (6 as Governor, 2 as UN Ambassador).

“Haley discussed her resignation with Trump last week when she visited him at the White House… Her news shocked a number of senior foreign policy officials in the Trump administration.”

Some say Trump’s attacks on Dr. Ford and all sexual assault survivors, calling them all liars and evil, was the last straw for Haley.  Others say she is getting out while the getting is good.  Others say that a game of musical chairs is about to be played, with Sessions quitting after the midterm, with Lindsay Graham replacing him, and Haley replacing Graham in the Senate.

For his part, Graham says that he has “zero interest” in a Cabinet position and intends to run again for his Senate seat in 2020, a position where he feels he can be most helpful to President Trump.

A new CNN poll finds Democrats leading Republicans on the generic congressional ballot by 54% to 41% among likely voters.

“This is the widest margin of support for Democrats in a midterm cycle since 2006, when at this point, the party held a whopping 21-point lead over Republicans among likely voters. That’s also when Democrats seized control of the House from Republicans, making Nancy Pelosi speaker until 2011.”

Stuart Rothenberg: “My point is not that any single poll, article or talking head is wrong. It is simply a reminder that Republicans (and their media allies over at Fox News) have an interest in arguing that Kavanaugh has changed the midterm dynamics no matter whether or not it has. And even the major mainstream electronic and print media have an incentive to raise questions about a so-called Republican surge.”

“President Trump certainly is trying to use wedge issues to energize his supporters, and there may well be an uptick in GOP enthusiasm after the recent Supreme Court fight. But, based on the past, I’m skeptical the Kavanaugh fight will fundamentally change next month’s outcomes.”

“Republicans won the Kavanaugh fight, and they now have complete control of the federal government. Traditionally, anger, frustration, disappointment and fear are stronger motivators than satisfaction, relief and euphoria. Democrats and liberals simply are more desperate than are conservatives and Republicans, which is one reason I doubt GOP turnout will match Democratic turnout.”

Philip Bump: This is not what a pro-Kavanaugh electoral backlash looks like.

Republicans are torn between their pledges to repeal health reform, and overwhelming support for its protections for people with pre-existing conditions, @fivefifths writes: https://t.co/eezaOZrXXV

“A hurricane has Tallahassee right in its forecast path, putting it on a collision course with Florida’s two nationally watched races for governor and U.S. Senate and providing Gov. Rick Scott with a chance for a campaign windfall,” Politico reports.

“Just days before Hurricane Michael formed in the Gulf of Mexico, Scott’s Senate campaign coincidentally began running an ad touting his leadership after hurricanes Hermine and Matthew in 2016 and Irma in 2017. This latest storm offers him another high-profile, take-charge moment in the homestretch of one of the nation’s tightest Senate races.”

“A total of 68 seats currently held by Republicans are firmly in play — rated as ‘Lean Republican’ or worse for the GOP — presenting a stark contrast to the Democratic side, where only a half-dozen Democratic seats are in similar jeopardy.”

“With a month to go until Election Day, there are now 209 seats either firmly or leaning in the Democratic column — only 9 shy of the 218 the party needs to wrest away control of the chamber — according to the latest update of Politico’s race ratings.”

The midterm elections are about whether Republican power will be checked https://t.co/KvJG7urbWg

“The Brett Kavanaugh confirmation fight has led to a huge increase in donations to Democrats and groups that support them — and Republicans say the battle has been good for their fundraising, too,” Axios reports.

“It’s tangible evidence that the bitter Supreme Court showdown is turning into massive energy for the midterm elections. Republicans have said a ‘Brett bounce’ is increasing enthusiasm among their base, but the fundraising numbers suggest that Democrats are also fired up and throwing all the money they can at the elections.”

“Money isn’t everything, but it’s a good sign that Kavanaugh is going to drive a lot of angry voters to the polls on Nov. 6.”

“President Trump and his son-in-law, Jared Kushner, are expected to meet with the musician Kanye West on Thursday at the White House,” the New York Times reports.

“Mr. West, who has faced a backlash over his vocal support of the president, will meet first with Mr. Kushner and then have lunch with the president.”

Politico explains how it works: “Start a new super PAC after a deadline for reporting donors and expenses, then raise and spend money before the next report is due. Timed right, a super PAC might get a month or more undercover before being required to reveal its donors. And if a super PAC launches right before the election, voters won’t know who’s funding it until after they go to the polls.”

Associated Press: “A day after Manchin broke with his party on what may be the most consequential vote of the Trump era, the vulnerable Democrat is facing a political firestorm back home. While Republicans — including one of the president’s sons — are on the attack, the most passionate criticism is coming from Manchin’s very own Democratic base, a small but significant portion of the electorate he needs to turn out in force to win re-election next month.”

“A Manchin loss would put his party’s hopes of regaining control of the Senate virtually out of reach.”

I wonder when they will stop being angry, then.

Said Cramer: “That you’re just supposed to believe somebody because they said it happened.”

Faced with what‘s likely to be a hostile Supreme Court for the next generation, liberals and the American left will have two options: play by the rules set by a judicial body they view as illegitimate, or resort to unprecedented measures to change it. https://t.co/b6WmHYyAxE pic.twitter.com/BeI1bu7sFJ

“The party has asked Murkowski to provide any information she might want its state central committee to consider.”

“The Trump campaign’s interest in the work began as Russians were escalating their effort to aid Donald Trump. Though the Israeli company’s pitches were narrower than Moscow’s interference campaign and appear unconnected, the documents show that a senior Trump aide saw the promise of a disruption effort to swing voters in Mr. Trump’s favor.”

To put this in perspective, Collins raised $6 million for her entire campaign in 2014. In 2008, the last time she had a serious challenge, she raised $8 million.

I wonder if any of that money could be used to, you know, win an election this year, rather than 2 years from now.

A Vice News review has found that at least 30 state lawmakers publicly involved in sexual misconduct scandals since 2017 are up for re-election this year. Despite those allegations, 16 of those candidates won their primaries — which are now over in all but one state — and advanced to the November general election.

Two of those 16 lawmakers, who collectively represent 10 states, are almost guaranteed to be re-elected, since they won’t face a challenger come November.