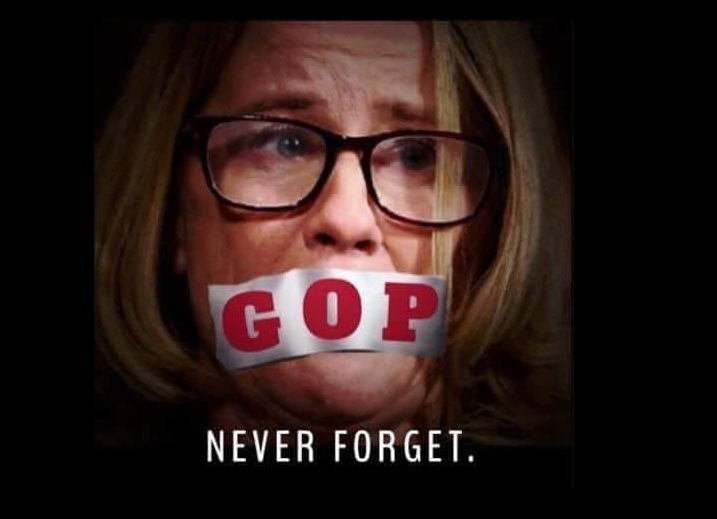 “A deeply divided Senate voted on Saturday to confirm Judge Brett M. Kavanaugh to the Supreme Court, delivering a victory to President Trump and ending a rancorous Washington battle that began as a debate over ideology and jurisprudence and concluded with questions of sexual misconduct,” the New York Timesreports.

“The final result was expected; all senators had announced their intentions by Friday, after the nomination cleared a crucial procedural hurdle in a 51-to-49 vote.”

“But while the brawl over Judge Kavanaugh’s confirmation may be over, people on both sides of the debate agree that it will have lasting ramifications on the Senate, the Supreme Court and the nation.”

Philip Bump: “There have been five presidents who assumed the office after having lost the popular vote. Between them, they nominated 12 justices who ended up serving on the Supreme Court. On Saturday, with President Trump’s nomination of Brett M. Kavanaugh poised to pass the Senate, the number will climb to 13.”

“Kavanaugh, though, has a distinct honor: He will be the first justice nominated by someone who lost the popular vote to earn his seat on the bench with support from senators representing less than half of the country while having his nomination opposed by a majority of the country.”

Crucial piece from @dylanmatt on what’s at stake in Kavanaugh’s vote and how conservative justices will overturn Roe v. Wade if given the opportunity. https://t.co/Ec86KdfJZQ

He added: “I think the people from Alaska will never forgive her for what she did.”

I think Murkowski knows what the people of Alaska want.  They told her they did not want Kavanaugh and she listened.  Plus, Murkowski knows how to win elections in Alaska even without her party’s support.  She will outlast Trump in Washington.

“Senate Democrats believed they had Brett Kavanaugh on the ropes… Then came Michael Avenatti,” CNN reports.

“The combative lawyer… revealed a stunning new allegation: A woman, Julie Swetnick, said she had witnessed the Supreme Court nominee attending more than 10 house parties… She also alleged that at some parties, boys lined up by a bedroom to ‘gang-rape’ incapacitated girls and claimed those in the lineup included Kavanaugh and Judge.”

“But the eye-popping nature of those claims suddenly gave Republicans an opportunity to shift the narrative away from Ford’s allegations and make a broader case that the growing accusations of sexual misconduct amounted to an orchestrated Democratic smear campaign, something Sen. Susan Collins, the swing GOP vote, cited herself when announcing she’d be the decisive vote to support Kavanaugh’s confirmation.”

Yeah, it is time for the narcissistic ambulance chaser in love with the camera to go home.

There is nothing in the Constitution mandating that the Supreme Court have nine members, and a simple act of Congress could increase that number to 11, or 15, or even more. https://t.co/tW9HTso9f1

Senator Majority Leader Mitch McConnell (R-KY) told Politico that he isn’t done with his “project” to revamp the nation’s courts.

“Hours before the Senate was set to approve Brett Kavanaugh to the Supreme Court, the Senate majority leader said in an interview Saturday that he plans confirmations of more lifetime justices before the November election. The Kentucky Republican plans to meet with Senate Minority Leader Chuck Schumer (D-N.Y.) about a package of nominees — and Schumer’s response could determine when or whether Schumer’s vulnerable members will be able to go home and campaign for their seats.”

Said McConnell: “There are still tools that I have available, that’s why I canceled the August recess. And that’s something I’ll discuss with Sen. Schumer before we leave for the election.”

The senator said she will vote to confirm the judge in part because she thinks abortion rights in America are safe, writes @emmaogreen: https://t.co/qNCT5uQTP3

McClatchy: “To Republicans, McConnell is now a 21st century political hero, a leader who refused to surrender to political correctness or to the loud, angry, persistent voices of the left.”

“Party loyalists are enthusiastic about McConnell’s ability to harness collective rage over what they saw as Democratic gamesmanship, and laud his strategy of directing that disgust towards a cherished outcome: Giving a conservative judge a lifetime appointment on the most powerful court in the land and the power to shape the judiciary for a generation. Back home, he has all but assured himself an easy sail to victory in his 2020 GOP primary election.”

“Democrats, on the other hand, have never been more energized to take McConnell down, from inside the state and beyond.”

We answer the questions on everyone's minds: How will Kavanaugh's addition to the Supreme Court affect abortion, prisons, affirmative action, and gay rights? https://t.co/n40asbSr8G

HuffPost: “Newly released documents from the Department of Homeland Security show more clearly that Pence’s early departure was a stunt — and not a cheap one at that. The Secret Service on Friday released receipts and folios indicating more than $75,000 in expenses, including hotels, travel and additional security measures.”

“But this is hardly the extent of the bill. As The Washington Post reported in the days after the game, Air Force Two costs approximately $43,000 an hour to operate, which the Post estimated meant a total bill of $250,000 for the flight alone. That’s to say nothing of the cost of local law enforcement, an extra ambulance and extra trauma teams at the local hospitals, with many of these supernumeraries making overtime for Sunday work. None of those expenses was included in the Secret Service’s cost breakdown. All told, it cost $325,000 at the very least for the vice president not to watch a football game.”

Indiana U.S. Senate candidate Mike Braun (R) “is running his U.S. Senate campaign on borrowed funds. More than three of every four dollars in his war chest was loaned to the campaign, and the bulk of it has come from banks with executives who are Braun’s friends, professional acquaintances, or campaign donors,” the Daily Beast reports.

“At the same time, Braun has used a legal but controversial accounting maneuver to circumvent donation limits by re-routing nearly $100,000 in money earmarked for a prior election through funds that he himself has lent to the campaign, and into his general-election account.”

"Every opinion he writes, every decision he joins, and every day he sits on the bench will be tainted with illegitimacy." @AdamSerwer on Brett Kavanaugh and our dying democracy: https://t.co/NeZBrFPQp7

Politico: “Democrats are quietly preparing to launch a slew of investigations into the Trump administration’s health care moves if they retake the House in November.”

“The wide-ranging inquiries, coordinated across multiple committees, would focus on the administration’s most controversial actions on health care, which include chipping away at the Affordable Care Act, urging the courts to gut the health law’s protections for pre-existing conditions, and separating migrant families at the border.”

David Faris, a political scientist at Roosevelt University, argues that the Democratic Party must recognize that Republicans aren’t engaged in a policy fight; instead, they’re waging a “procedural war.” https://t.co/rM8gt63xKP

“Congressional Republicans have tentatively agreed to a 1.9 percent pay raise for the nation’s 2 million civilian federal workers, overruling President Trump who sought to freeze their pay,” the Washington Postreports.

“The preliminary deal between House and Senate Republicans is also likely to lift a salary freeze affecting hundreds of executive-level employees and appointees including Vice President Pence and members of the Trump Cabinet, according to lawmakers and aides.”

Donald Trump built his fortune on tax evasion and inherited wealth. So did much of the one percent. Democrats should rail against these lawless moochers, writes @EricLevitz https://t.co/3H8AS7lXk0

Sen. Susan Collins (R-ME) “was already one of the Democrats’ biggest Senate targets in 2020 when she took to the Senate floor Friday to announce she would vote to confirm Supreme Court nominee Brett Kavanaugh. But Collins’ decision to back the Supreme Court nominee after he was accused of sexual assault was instantly controversial with not only the hundreds of activists who flooded the Capitol this week but also with Democratic activists in her home state of Maine who have opposed Kavanaugh’s nomination for weeks,” CNNreports.

“By the time she finished her speech, Democrats in Maine had begun speculating who might challenge the moderate Republican. And progressive activists are pouring in money to fund the eventual challenger, raising millions of dollars online to unseat Collins.”

Brazil goes to the polls on Sunday. It could be the country’s most important election ever. https://t.co/lXAgMP3pXE