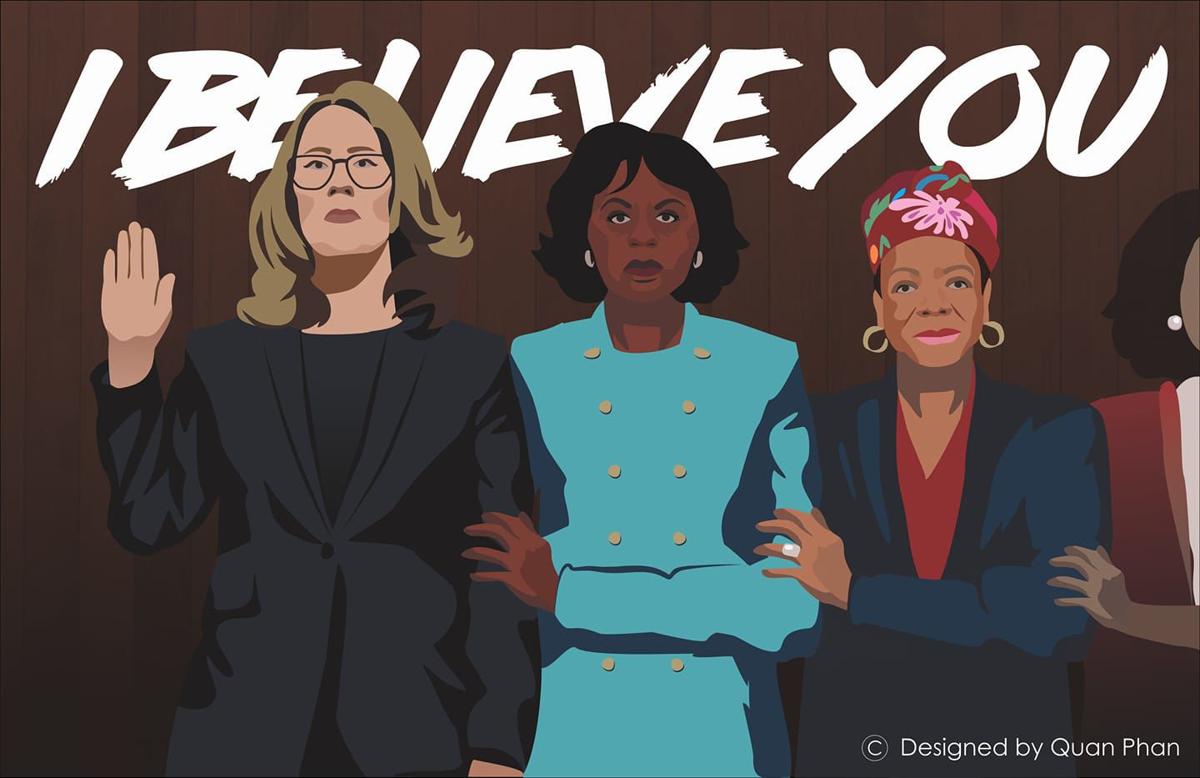 Sen. Susan Collins (R-ME) announced that she will vote in favor of Brett Kavanaugh’s nomination to the U.S. Supreme Court.  After her speech, Sen. Joe Manchin (D-WV) said he would also support Kavanaugh.  That means Republican leaders now have 51 committed votes to confirm Kavanaugh.

After voting against proceeding to a final vote on Supreme Court nominee Brett Kavanaugh, Sen. Lisa Murkowski (R-AK) told reporters that she voted against Kavanaugh because she believes the vote has become about more than one nominee.  Murkowski said that Kavanaugh is a “good man” but that he’s not the right person to take a seat on the Supreme Court right now.

“One of the top Democratic aligned super PACs says it will no longer consider helping Democratic candidate Phil Bredesen in Tennessee’s Senate race after Bredesen announced his support for Judge Brett Kavanaugh’s confirmation to the Supreme Court,” the Daily Beast reports.

“The group, Priorities USA Action, also said it would steer clear of Democratic Sen. Joe Manchin’s reelection fight in West Virginia should he vote to confirm Kavanaugh on final passage this Saturday. On Friday, Manchin was the sole Democrat to vote to proceed with the nomination.”

Susan Collins’s declaration that she would vote "yes" on Brett Kavanaugh incensed so many that a website crowdsourcing funds for her 2020 Democratic opponent crashed because it was inundated with donations https://t.co/Zqyb5fJOfQ

Senate Judiciary Committee Chairman Chuck Grassley (R-IA) predicted that there would be more Republican women on his panel next year, after suggesting that the panel’s workload was a deterrent, the Wall Street Journal reports.

Said Grassley: “It’s a lot of work – maybe they don’t want to do it. My chief of staff of 33 years tells me we’ve tried to recruit women and we couldn’t get the job done.”

“Mr. Grassley later returned to clarify that he did not mean to imply women could not handle the committee’s workload, but rather that it made it less appealing to senators of both genders.”

Protesters chant "shame" at Manchin as he declares support for Kavanaugh pic.twitter.com/XjSHh5dWyJ

Josh Marshall: “Brett Kavanaugh’s confirmation is now basically a certainty. It will be finalized tomorrow. But this won’t be entirely the end of the story. Rep. Jerry Nadler (D-NY) has made clear that if the Democrats take over the House of Representatives next year his committee will set about doing the investigation Senate Republicans and the White House refused to do. But now there’s this: FOIA lawsuits by Senate Democrats and the Electronic Privacy Information Center (EPIC) that have unearthed information “about potentially thousands of Brett Kavanaugh’s White House emails and other records related to the Senate hacking scandal from early in the George W. Bush administration and other controversial subjects that have not been disclosed to the Senate.”  […]

But whether or not there’s gold, as it were, in this trove isn’t really the point. Republicans have jammed through the Kavanaugh nomination while keeping a lot of stuff hidden or un-investigated. Once he’s seated he’ll be almost impossible to pry off the Court. But over time these things can and I suspect will be investigated, certainly after the raw and aggrieved sentiments over how this played out.”

Smart @perrybaconjr analysis of how the GOP won the Kavanaugh fight by solidifying their base and attacking #MeToo movement⁠. https://t.co/F1PewDWPQE pic.twitter.com/dHU58aFR3w

The U.S. unemployment rate fell to 3.7 percent in September, the lowest level since December 1969, as the longest streak of hiring on record has put millions of Americans back to work since the Great Recession.

The Labor Department says employers added just 134,000 jobs, the fewest in a year, though that figure was likely lowered by Hurricane Florence. The storm struck North and South Carolina in the middle of September and closed thousands of businesses. A category that includes restaurants, hotels and casinos lost jobs for the first time since last September, when Hurricane Harvey had a similar effect.

Even with unemployment at a historic low, average hourly pay increased just 2.8 percent from a year earlier, one tick below the yearly gain in August.

Susan Collins spoke of not believing Christine Blasey Ford and then of supporting the #MeToo movement — in the same speech. @lisarya writes https://t.co/78c4v2JyWs

President Donald Trump is mulling firing Air Force Secretary Heather Wilson after the midterms due to her opposition to Space Force, a new military operation Trump wants to set up to defend space, according to a Thursday Foreign Policy report.

Trump reportedly sees Wilson as trying to undermine his plan from behind the scenes.

“Some senior officials know how to disagree with [the President] without being disagreeable to him. Heather Wilson hasn’t managed to do that,” an administration official told Foreign Policy. “Her opposition to the Space Force has grated on him and I think he permanently sees her as troublesome and ineffective now.”

53 percent of white women voted for Donald Trump, and one white woman just voted to hand him a blank check on the Supreme Court https://t.co/XxrTFHyR6V pic.twitter.com/XDun1UNqrx

City Lab: “If you want to find a Republican member of Congress, head out into the country. To find a Democrat, your best shot is in a city. But to find a competitive election this fall? Head to the suburbs, where control of the House of Representatives will likely be decided.”

“More than 40 percent of the U.S. House of Representatives is composed of predominantly suburban districts, according to a new CityLab analysis that classifies all 435 U.S. House districts according to their densities. These seats are currently closely divided between Democrats and Republicans. But that balance could be washed away by a “blue wave” in November. There are 28 Republican-held suburban districts that are competitive1 this fall under FiveThirtyEight’s projections—close to 40 percent of Republicans’ 74 suburban seats. The number of suburban Democratic seats in play: 1 out of 90.”

Said Durbin: “I understand his emotion and his anger. This has to be a terrible ordeal for him and his family and I understand that part. But the fire in his eyes when he turned into this partisan screed is something I’m not going to forget. I cannot imagine a Supreme Court justice who would be so partisan, make such wild claims, and then ask to be put on a bench and trusted his temperament.”

House Democrats are not finished with Brett Kavanaugh https://t.co/hGdfEtmhdC

First Read: “The good news for Kavanaugh is that he wrote the op-ed, acknowledging that his tone last Thursday was way off key. But here’s the bad news about the op-ed: It was poorly placed (why the conservative Wall Street Journal opinion pages and not, say, USA Today?); it didn’t spell out what he wants to dial back; and it neglects to mention that he wrote those opening remarks himself — the day before his testimony.”

“The question you have to ask yourself after reading the op-ed: Does Kavanaugh truly believe he was wrong to say the things he said at the hearing? Or does he just wish he hadn’t said them? Remember, Kavanaugh’s past partisanship (hello, Ken Starr) was always one of the most problematic parts of his resume before Christine Blasey Ford.”

The upside is that confirming an unpopular, scandal-tarnished justice instead of a more-palatable equally-bad one will hasten the necessary delegitimization of the Supreme Court. https://t.co/2sJoyewsp7

Charlie Cook: “I expect net gains for Democrats in governorships of between six and a dozen, and a pickup for Democrats of between 400 and 650 state legislative seats, more than the average midterm loss of 375 seats for the party in the White House. These state elections are the most under-reported story in politics, with control of chambers likely tipping from Republicans to Democrats.”

In case you were wondering, yes, Donald Trump did board Air Force One with paper or a napkin stuck to his shoe today (via https://t.co/sQgMTPqjBc) pic.twitter.com/q1Gc89ZZl7

“Sixty House Democratic candidates broke the $1 million mark in fundraising from July through September, a whopping total fueling the party’s campaign to retake the House in November,” Politico reports.

“Thirty of those candidates exceeded $2 million raised last quarter, while eight of them brought in more than $3 million over that period.”