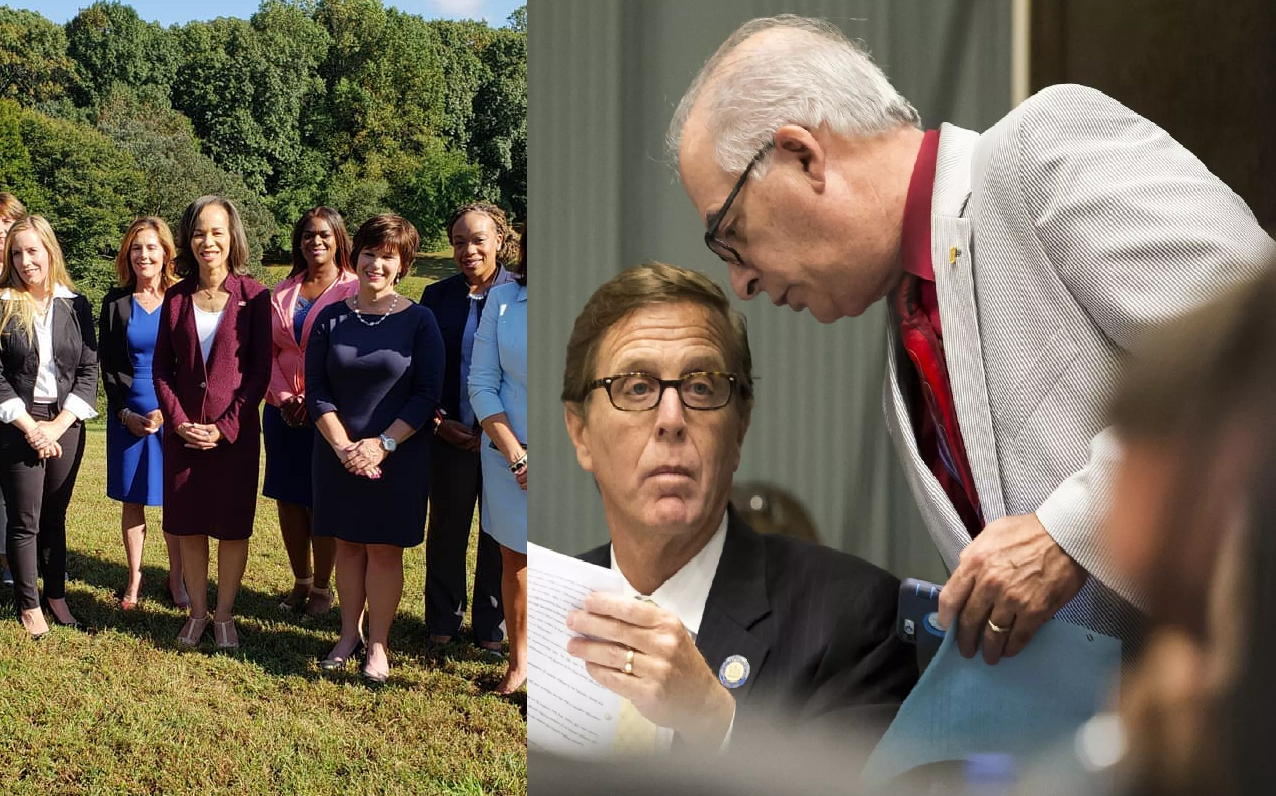 So earlier this week, WDEL and WDDE have picked up on the story we first published a week ago: that State Representative Mike Ramone complaint’s to a Grant-in-Aid recipient, PAWS, about its supposed endorsement of its employee, Stephanie Barry, to run for office.  Of course, Ramone denied any such motivation of getting Mrs. Barry fired in retaliation for her daring to run against him in his harassing and, dare I say, threatening, emails to PAWS.

“I mean, there are some really credible Democrats in my district who are very good friends of mine who I do think could represent the district as good as me if not better,” he said. “So, why would I go and fight and that I end up with a better opponent. I was perfectly fine with the opponent they gave me.”

Barry said she won’t speculate whether Ramone played a role in PAWS firing her on Aug. 27th.  “I’m a single parent, I just have to move forward,” she said. “I don’t have the luxury to try to figure out what happened. I’m just trying to move forward.”

I like how he, like Donald Trump, feels the need to further attack Stephanie Barry and diminish her in his denial.  Truly the sign of a male bully scared to death of a challenge from a woman.  From the WDEL story, it appears to me that Ramone essentially admits that is his motivation:

In an interview with WDEL, Ramone stressed he wanted to make sure the organization was following “certain rules” and “guidelines” in place to ensure organizations which receive Grant-in-Aid, like PAWS, are held “accountable,” though he acknowledged to WDEL: “A non-profit, quite frankly, can do whatever they want; they set up whatever rules they want. We have many legislators who work for non-profits. It’s not illegal for a nonprofit to help or work for someone; it’s not illegal for a nonprofit to support someone, but it is unusual that a nonprofit would support someone without going through some kind of an interview process.

“My concern was I didn’t want to have somebody that I recommended–a recipient of a Grant-in-Aid fund–and then have that person or that organization then be brought up next year, ‘Look you did such and so, and that was against the rules.’ I just wanted to make sure they had a policy in place, and I wanted to know what that policy was…the only correlation to Grant-in-Aid was because you got grant in aid you have the need to follow certain rules, and I just wanted to make sure they were aware of that and they were following that.”

Now those rules and guidelines that he is so concerned about of course have nothing to do with an employee running for office.  They have nothing to do a Grant in Aid recipient “supporting” or “allowing” an employee in running for office.  The rules state that no agency shall use Grant in Aid money to pay an elected official’s salary.  That is not the case here, obviously, since Barry is not an elected official, and even if she were to remain an employee of PAWS should she be elected, there is no suggestion that her salary before or after was going to be paid by Grant in Aid funds.  Remember, the yearly budgeted funds PAWS received from Grant in Aid was $5,000.   Not enough to pay a salary.

Another rule is that no Grant in Aid funds given to the recipient shall be expended in a political campaign or for partisan political purposes.  The alleged claim of support for her running for office does not include any allegation or even suspicion that PAWS was using that $5,000 received from Grant in Aid and giving it to Barry for use in her campaign.

From reading the emails, pictured below, Ramone was not concerned with any of that, he was concerned with endorsements.  The mere expression of support.   And according to WDEL, Michael Morton, the Controller of the General Assembly who was improperly copied on Ramone’s emails, no rules exist to govern whether a non profit / Grant in Aid recipient can or cannot endorse or support political candidates.

Ramone again admits that his concern really was not about the money to WDEL: “I have a hard time firing people in my own company, I don’t know how I can get someone fired in another place,” he said. “And it’s [not] like this enormous amount of Grant-in-Aid is going to be pulled from this organization–it was a very small grant–but it still means you need to follow the rules, and I was trying to make sure they understood that, that’s all.”

Mr. Ramone, you were concerned that PAWS might have endorsed Barry.  Because that cannot be allowed.  And you used the authority of your office and the fact that PAWS was a Grant in Aid recipient to bully them.

The Delaware Democratic Party released this statement earlier this week:

The story here is clear: Mike Ramone is a bully – a bully who implicitly threatened to withhold state resources from his opponent’s employer simply because she had the audacity to run against him. A few weeks later, and Stephanie Barry – a single mother of three – is out a job.

It’s just the latest in a pattern of out-of-touch, me-first behavior from a millionaire legislator that just a few months ago, single-handedly blew up the General Assembly’s budget process until he got a carve-out for his pool company’s lifeguards that would allow him to pay them less than Delaware’s modest minimum wage.

Voters in the 21st District have a chance to reject this kind of self-serving politics on November 6th by voting for Stephanie Barry.

Finally, we have learned a little story that taken alone may not amount to much, but taken together with all of the other allegations in this whole affair, it comes off as rather odd and is perhaps another example of implicit harassment.   Before Stephanie Barry had filed to run for office, but after she had decided to run, Mike Ramone dropped by Mrs. Barry’s house, purportedly canvassing the neighborhood about a speed bump.  Mrs. Barry was not home and Mrs. Barry’s youngest son answered the door.   Mr. Ramone allegedly offered the young Barry son a job at one of his pools.  Now, Mr. Ramone may have in fact been canvassing the neighborhood about a speed bump, and there could be nothing untoward about the whole incident.  But the timing was odd, given that it was known in the community that Barry was going to run and Ramone could have been aware of it. And taken with other implicit incidents of harassment, it can look like a pattern.

7 comments on “Mike Ramone Doesn’t Like Having an Opponent, Part II”