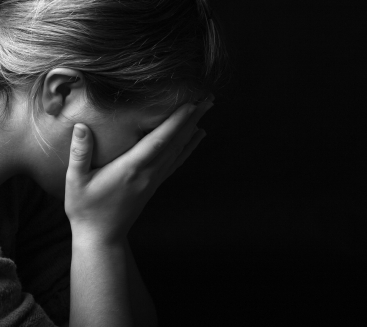 The following is a guest post by Steve Newton:

Whether Judge Kavanaugh limps onto the Supreme Court or not, and regardless of whether that outcome contributes to either a Red or Blue victory in November, it should be evident by now that the great loser in this entire event has been …

Now, hold on before you hit me with the shot of new energy into the #metoo movement, and the loud affirmations that women are going to come out and vote in untold numbers, hear me out.

The last several weeks have been a disaster for American women, and we need to face that fact.

Start with what we know—sexual assault (which I’m going to use as an umbrella term to run the gamut here) is one of the hugest elephants in our national room. We don’t have good numbers of how ubiquitous it is, which means that our estimates of the personal, economic, and social costs of a culture that doesn’t just make women the targets for everything from casual to premeditated violence, but demeans their value, their values, and their capacities at nearly every turn.

The most conservative numbers available through modern scholarship suggest that between 62-85% of such assaults go unreported (the data clusters in meta-studies around 74%). That’s actually better than it used to be. Of the assaults that are reported, the false or baseless reporting percentages generated in serious research since 2000 yield bad accusation rates of 2-10% with the main cluster around 5-7%, which is actually far lower than false accusation rates in most other felonies. Moreover, many of the most accomplished researchers suggest that anything above 5% results from structural inconsistencies in data reporting.

94% of those reports have sufficient underlying merit to require the case to be investigated.

17% of the cases investigated result in a conviction.

That’s ironic because it allows people who either don’t understand statistics or who intentionally set out to mislead to find what appears to be a disproportionate number of false convictions.

That’s horrible because it leads to two really bad outcomes: (a) it ruins the lives if the individuals who are falsely convicted; and (b) it appears to support the narrative that we should always be extremely skeptical of women alleging sexual assault.

The reality is that the closeness of the percentage chance of being justifiably and unjustifiably convicted of sexual assault has nothing to do with a tendency toward false accusations, but everything to do with fear of reporting and failure to prosecute reported assaults effectively.

I know that was convoluted, but it brings me back to the disaster for women that the Kavanaugh incident has become.

What has begun happening is that the narrative that women can’t be trusted when they report sexual assault has now moved from conversations around the locker room into the mainstream media as “one of those points of view that deserves considering.” Fairness, you know? Here’s a guy who was falsely imprisoned for a rape six years ago. Women can’t be trusted.

Here’s the Biblical story of Joseph and Potiphar’s wife (actually saw this meme yesterday), which is God warning us that women can’t be trusted.

Here’s the lynching of Emmett Till repurposed by Republicans to not have anything to do with structural racism and Jim Crow, but as a warning that women can’t be trusted (that one’s been running in my feed all week, along with film photos of Cary Grant from “To Kill a Mockingbird”).

In Delaware and elsewhere it has become the new favorite tactic of right-leaning media to interview impassioned men who were ill-treated by the family courts or judges, or who had false convictions, to spread the word that women can’t be trusted to report sexual assault honestly, that the default response to any woman claiming she was assaulted is to be disbelief.

Like the Alt-Right managed to normalize an awful lot of racialist bullshit over the past several years, and like the people who made an issue of protecting our children from trans-gendered citizens quietly peeing in the next stall, this movement is both dangerous and (mark my paranoid word) planned.

They’ve even managed to trot out significant numbers of conservative women willing to toe the party line and say that women (presumably their own sisters and daughters) can’t be trusted to tell the truth about sexual assault.

And they’ve effectively convinced the new, more fragmented media to make it into a debate.

George Lakoff would, in technical terms, call it one of the most successful reframing he’s ever seen, while probably shuddering at the outcome.

This ground will not be miraculously recovered even if Judge Kavanaugh fails to make the Supreme Court or Democrats retake the Senate, because it is lost cultural ground, not lost political ground.

And it stems from one very careful twisting of what women have been saying for years. When women have said, “Believe us,” the reframing twist is to turn that sentiment into a demand to “Punish him on my word alone!”

That’s not actually what women have been demanding. They’ve been demanding to be taken seriously when they come forward, to be treated with dignity, to have their allegations fairly and impartially investigated, litigated, and judged. Women (I know this will come as a shock to some of you, even here) have always been smart enough to know that there is—and there has to be—a significant difference between “it happened” and “it can be proven in a court ‘beyond a reasonable doubt.”

What women have been demanding is a society that takes them seriously enough as valuable human beings to take their wounds seriously.

A society that takes them seriously enough not to use slang names for their vaginas as surrogates for people who are wimps or psychotically evil.

I have come increasingly to believe that theorists from Marshall McCluhan to Noam Chomsky to Freeman Dyson to Gregory Bateson to George Lakoff are correct in believing that politics and ideology are increasingly about the manipulation of language, and the ability to embed big lies in seeming truths. To perform reductionist simplifications until we go in three easy steps from “Fahrenheit 451” to “1984” to “The Handmaid’s Tale.”

(By the way, I do have this bizarre theory that much of the male viewership of “The Handmaid’s Tale” doesn’t realize it’s a dystopia. Prowl around the gutters of YouTube and Reddit if you’ve got the stomach for it and you’ll find corroboration.)

Winning this battle is not only critical to women, but to any future of the United States as a diverse, humane society that attempts to value everyone. Our biggest advantage is that this is seeming more and more like an actuarial problem. Fewer and fewer of the younger generations are buying this, especially as our society becomes less white and less Christian (which should, in itself, be a clue as to why we are going through this now).

How do we stop the broadening of public discourse to lend legitimacy to the increasingly violent rhetoric of the anti-woman, anti-LGBTQ, anti-immigrant, anti-Black, anti-Hispanic, anti-intellectual, so on so forth ad infinitum ad nauseam fringe that has taken hold of our social media, our airwaves, and even the halls of Congress?

I don’t know the full answer, but I do know a couple parts.

First, don’t waste all of your energy refuting crazies. Take a lesson from their book and spend a great deal of your energy shoring up the people who believe in equality but who are at risk of being intimidated and silenced. In other words, don’t refute nutty general memes, stand up for real women and girls in real situations, do it loudly, and do it consistently. Draw a line between what the fringe gets to do on Facebook and what they’ll have to do to keep you from advocating for, and protecting real victims. Do the work, talk about the work, don’t legitimize them by engaging them on their own terms.

(I really need to take my own advice. This is really difficult to do.)

And, second, embrace that future that scares them. Demographics may not be destiny, but to fundamentalists it can seem like the apocalypse, because for their continued stranglehold on the throats of our female children it is. We need to talk more about the post-white-majority, post-Christian-majority nation that we are becoming, and talk it into existence.

The mad genius of Trump is that he’s actually got us talking about the past instead of the future, or—if we engage the future at all—he’s got us catastrophizing it. Time to smile at the old white men like myself and look at the scoreboard people. It’s slipping away from them. We need to very visually, very purposely, rub their noses in it.

But first—back to the top—this incident is a disaster IF we allow it to focus us on Judge Kavanaugh and the Court, or on the November 2018 elections, or on the 2020 General Election.

We need to focus on increasingly Christian-Sharii’a-like demonization of women who have been assaulted, not on the old men who will soon need either Viagra or penile implants to keep their geriatric patriarchy going.

14 comments on “Guest Post: It Should Be Evident By Now That The Great Loser In This Entire Event Has Been… American Women”