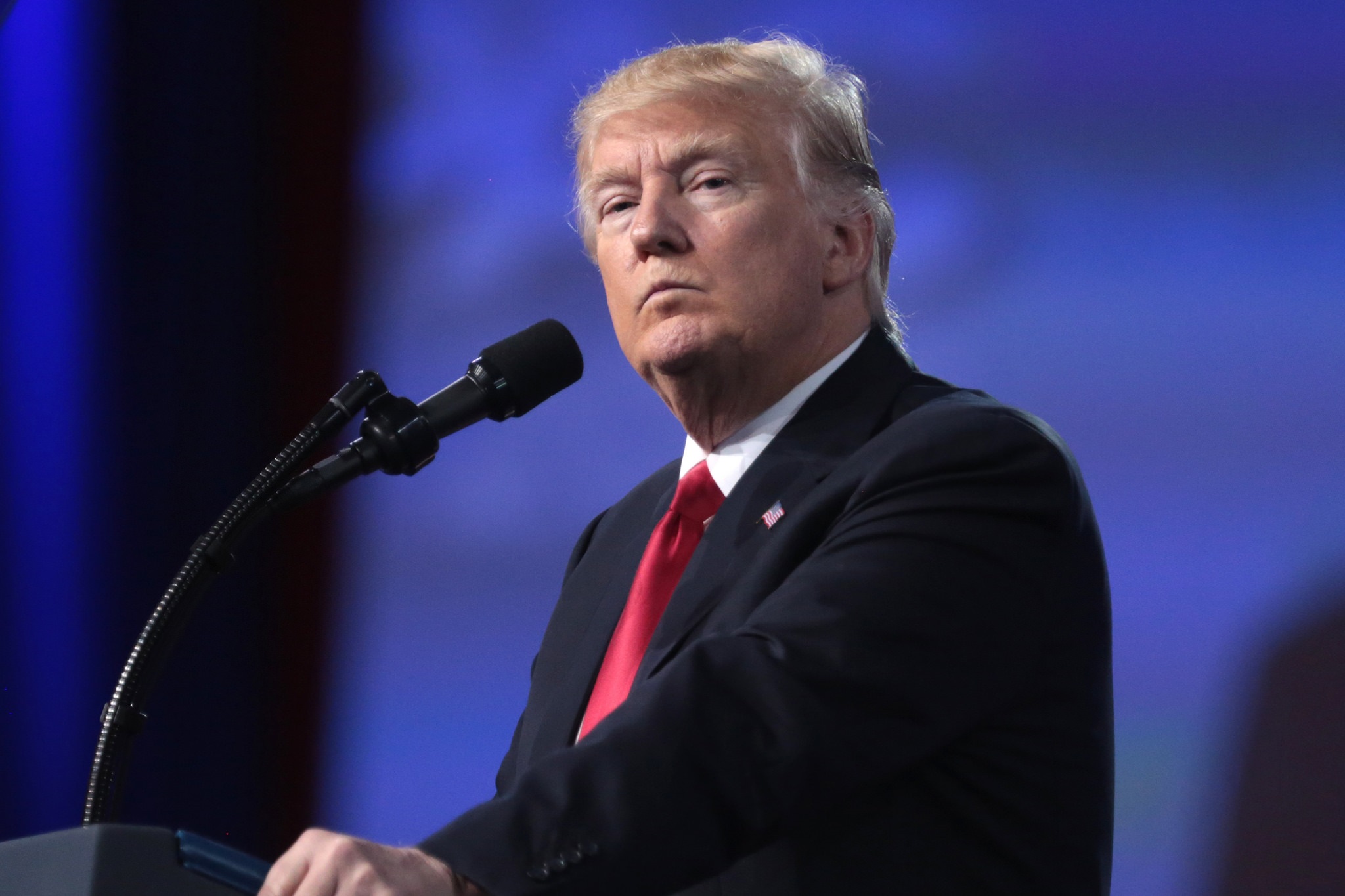 I’m not sure where this post is heading. My rage is limitless. The President of the United States, the most powerful man in the world, mocked a woman who last week he called “credible and compelling”. Of course, we knew that initial statement was a lie; that his keepers had him leashed and muzzled.

We also knew that Trump wouldn’t stay contained, couldn’t maintain the dignity of the office and that the inevitable explosion was coming. We saw it slither out in the press conference on Trade.

Trump: “She’s shocked that I picked her. She’s in a state of shock.

Trump: “That’s okay, I know you’re not thinking. You never do.”

The “I know you’re not thinking. You never do” comment is what caused gasps (as it should. He’s such a coward. Notice how he wouldn’t repeat what he said?), but take a look at the first line. This is Trump’s clumsy attempt to pretend he’s not a misogynist. “Hey! I’m calling on a woman reporter! And, in case you missed it, I pointed it out to show I’m not sexist!” Of course, the act of pointing out her non-existent “shock” instead of simply calling on her proves the opposite.

Yesterday, before the rally, Trump put forth this:

“It is a very scary time for young men in America, where you can be guilty of something you may not be guilty of,” Trump said. “This is a very, very — this is a very difficult time. What’s happening here has much more to do than even the appointment of a Supreme Court justice.”

Moments after he addressed his concerns for young men in America, the President was asked if he had a message for young women.

“Women are doing great,” Trump replied, before walking off to board Marine One.

Let’s break this, and the other Republican talking points about Kavanuagh, down.

“It is a very scary time for young men in America” and “It’s a very scary situation where you’re guilty until proven innocent.” Three words: Central Park Five. These young men were innocent, DNA evidence proved it, but that didn’t stop Trump from taking “out a full-page ad at the time of the crime calling for New York to reinstate the death penalty in response.” So spare me from his “scary” talk and innocent until proven guilty whine. He doesn’t believe that one bit. Actually he does believe it… just not for everyone.

He words don’t apply to all men. The men Trump is referring to in all of his comments are white men. This is exactly the same playbook he used in 2016. Economic Anxiety was his beard then. He used it to give racist, bigots and misogynists cover.

“Women are doing great.” This dismissive comment tells you so much. First, Trump doesn’t have any message for women. Not one. He can’t even be bothered to address the question. Second, it reinforces his opinion that white men are the true victims and women have it too good. It’s based on the fiction where lying women who come forward about rape, sexual assault and/or sexual harassment are believed and innocent men are punished. That’s the mother of all lies.

Then there’s what I call the “Youthful Indiscretion” or “One free rape/sexual assault” get out of jail free card. It’s the idea that men should not be held accountable for what they did when they were younger*. It’s a “He was a kid. Why dredge up behavior from so long ago? Boys will be boys. He deserves a pass.” defense. It’s the same argument that demands more than one victim; the one that starts with the premise that a man cannot rape/assault only one women. That’s a hell of a pass. Oh, you’ve only been accused by one woman? Carry on.

* Younger is a vague term, btw. I haven’t been able to pinpoint exactly what ages “younger” encompasses. I do know the younger (he was a kid) defense is only applied to white men. Teenage girls are portrayed as temptresses who looked older and black/brown children are always aged up to justify murdering them. But Jared Kushner (37) is consistently portrayed as a kid.

The Outrage. We’re hearing a lot of “These claims are outrageous!” These outrages explode around the accusation of gang rape. Yes, it’s an ugly word. It’s also a word not used by men who engage in the behavior. Think back to high school. Ever hear something along these lines: “Man, she was so wasted. She f*cked the entire football team.” Or when the teenage boys in Steubenville referred to the victim as “so dead”.

I’m going to have to wrap up this post because my stomach is turning. I haven’t even touched on how Trump questioned Dr. Ford’s claim of having one beer. He accused her of being drunk. Guess that charge is okay when directed at a woman.

What Trump and his supporters did last night was despicable. We see exactly where he’s going with this. His message is crystal clear. Women lie, and men should be afraid because if women can do this to “Can’t tell the truth if his life depended on it” Brett Kavanaugh then they will do this to you!

Let me be clear. What Kavanugh is accused of happens far too often. To pretend that this sort of behavior doesn’t/didn’t happen or isn’t well known among peer groups or gossip in the hallways is a lie. So… If your very first thought when someone is accused of rape/sexual assault is to talk about false accusations, then you probably should be concerned. It isn’t innocence you’re projecting.

11 comments on ““Indelible in the hippocampus is the laughter, the uproarious laughter between the two. And their having fun at my expense.””