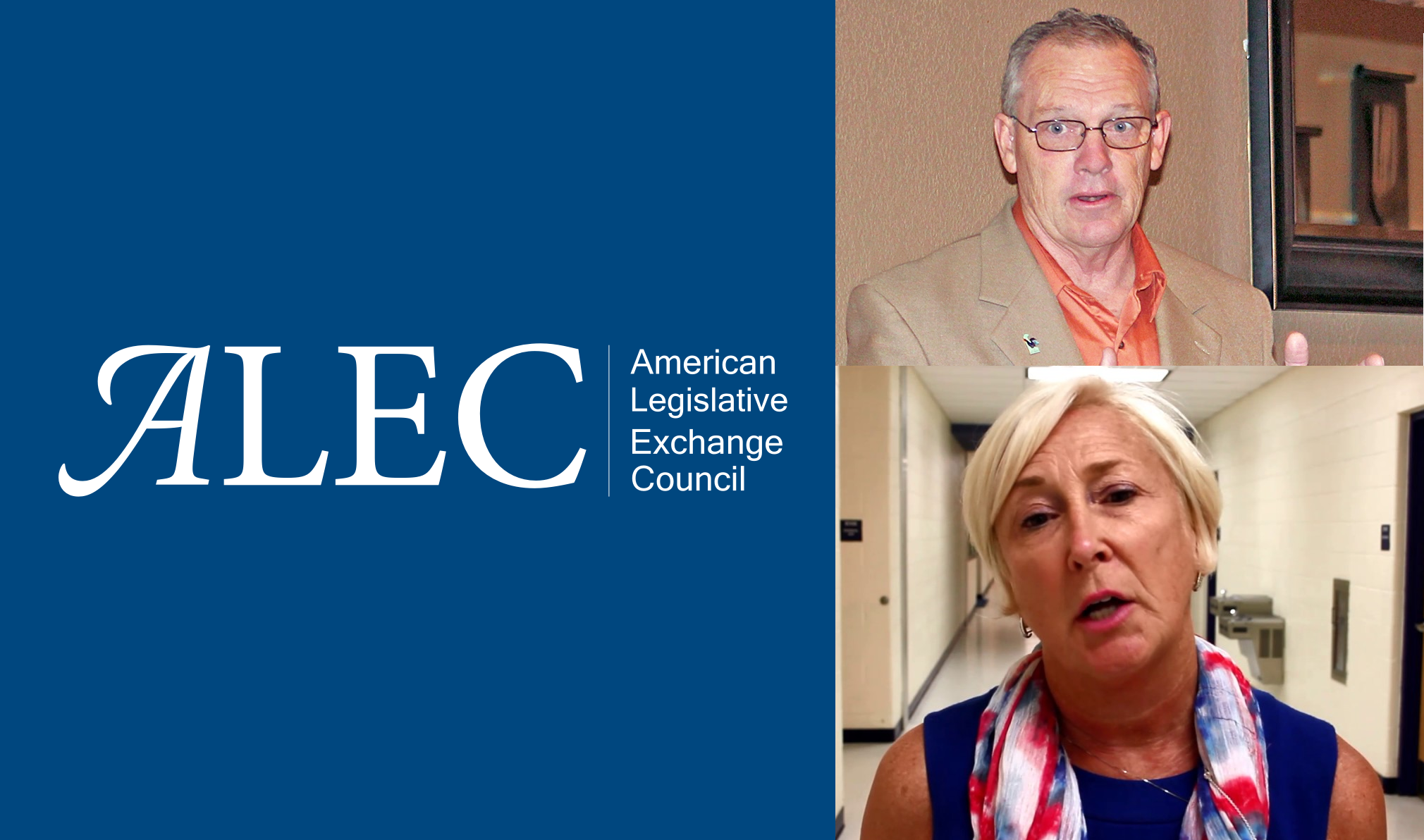 The good news is that it is ONLY two Delaware legislators.   Names:  Representative Ruth Briggs King and Representative Rich Collins.  Shame they wanted to add to the sideshow that is the Delaware Republican party this year.  While most Americans saw an individual who was clearly unfit to be a judge, much less a Supreme Court Justice, lacking in a judicial demeanor that might signal some impartiality and commitment to the law.  Most women saw a man and the GOP deciding that sexual assault was not disqualifying for pretty much any government position.  While they got plenty of showy media time denouncing Senator Franken or Weinstein or Cosby, they could not bring themselves to apply that same morality to Kavanaugh.

Let’s also remember who ALEC is — ALEC is an associate member of the State Policy Network, who is also part of the funding for the Caesar Rodney Institute. Most of ALEC’s funding comes from corporations and corporate foundations and their entire reason for being is to push bills at the state level that their funders want to see enacted. So you get the point of signing this petition, right? This is abould getting someone on the Supreme Court who will further move government away from the needs of people towards the craven wants of business.

Brad Connor filed as a D to challenge Rich Collins in the 41st RD.  He is working hard in this race and could use some help — send him a few dollars, could you?

Ruth Briggs King doesn’t have an opponent, but do what you can to help Brad Connor above or Don Allan who is poised to flip a red district too.

And if you are a constituent of either Briggs King or Collins reach out and ask them why they are doing ALEC’s work and not Delaware’s?