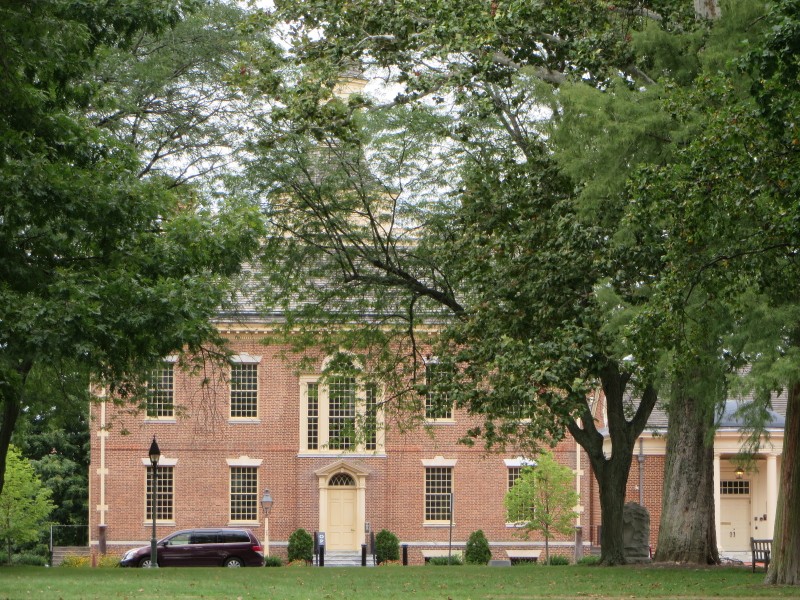 The Old State House, from across The Green in Dover. The state house was built between 1787 and 1792, taking over the functions as the state capitol in 1792 after the capital was moved from New Castle in 1777. It simultaneously functioned as the seat of Kent County until 1873, when a county courthouse was built. After architecturally-incompatible alterations were added throughout the late 1800s, a restoration was begun in 1909. The state legislature moved out in 1933. More renovations took place in the 1970s.