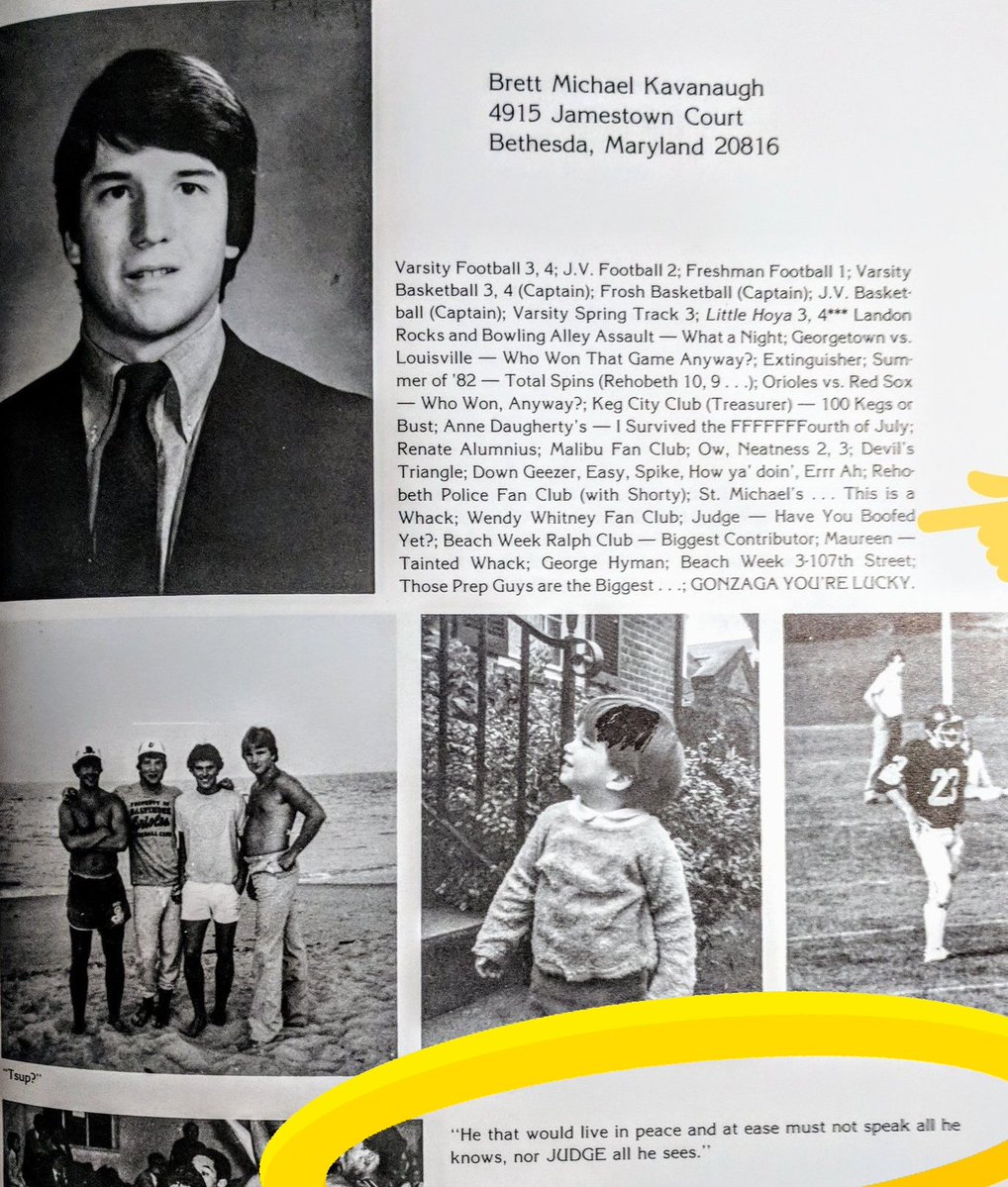 Below is my correspondence to Mr. Davis of moments ago, together with a sworn declaration from my client. We demand an immediate FBI investigation into the allegations. Under no circumstances should Brett Kavanaugh be confirmed absent a full and complete investigation.

We were already well past the need for an FBI investigation.

Via TPM: The client, Julie Swetnick, alleges in a sworn declaration that in 1980 and 1981 she attended house parties with Kavanaugh and Mark Judge, Kavanaugh’s accused accomplice in the alleged attack of Christine Blasey Ford in the early 1980s.

There, Swetnick claims Kavanaugh engaged in “abusive and physically aggressive behavior toward girls, including pressing girls against him without their consent, ‘grinding’ against girls, and attempting to remove or shift girls’ clothing to expose private body parts.”

Swetnick also claims that Kavanaugh and Judge would spike the alcoholic “punch” at parties “so as to cause girls to lose their inhibitions and their ability to say ‘No.’”

She claimed that boys at these parties used this technique to “gang rape” a drunk woman at the party with a “train” of men waiting in the hallway to have their turn. Swetnick alleged that Kavanaugh and Judge were among the boys she saw “lined up outside rooms at many of these parties waiting for their ‘turn’ with a girl inside the room,” though it does not appear that Swetnick witnessed such an attack.

Swetnick alleges that she was a victim of a gang rape, and that Kavanaugh and Judge were “present” when it happened — though she does not explicitly say that they took part in the alleged attack.