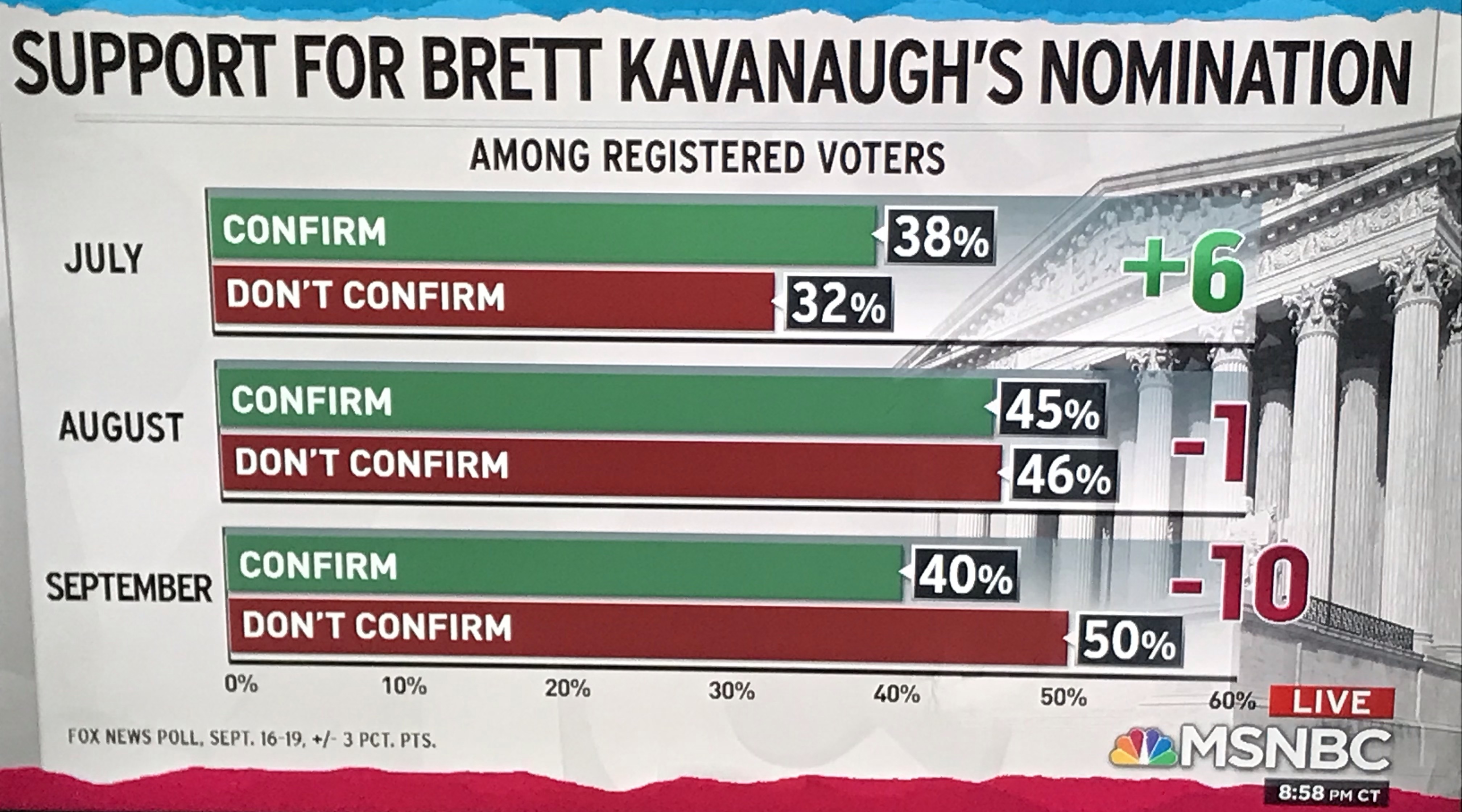 A new Fox News Poll shows support for the confirmation of Supreme Court nominee Brett Kavanaugh has collapsed.   That is why he went on TV last night.

In a new Fox News poll, Kavanaugh is -10 in overall support, -21 among women, and -26 among political independents. pic.twitter.com/8RWf86E8Ku

A new University of North Florida poll finds Andrew Gillum (D) is maintaining a slight lead over Ron DeSantis (R) in Florida’s race for governor, 47% to 43%.