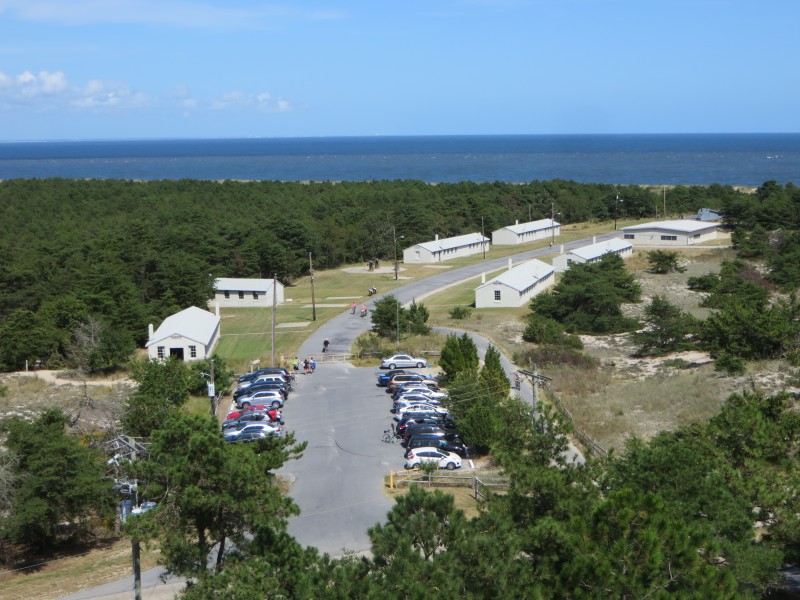 Visible from Fire Control Tower #7, the remnants of Fort Miles can be seen. The tower, built in 1944, was not used to watch for fires, but to control the fire on enemy ships. Established east of Lewes and now most of Cape Henlopen State Park, construction began in August 1941 with war imminent. The fort never saw action, but it housed German prisoners of war, and was the site where the first German warship, the U-858, surrendered to American forces, on May 14, 1945. The fort was gradually turned over between 1964 and 1996. Only about one-third of the roughly 250 buildings from the fort remain, including the concrete-block housing seen from the tower.