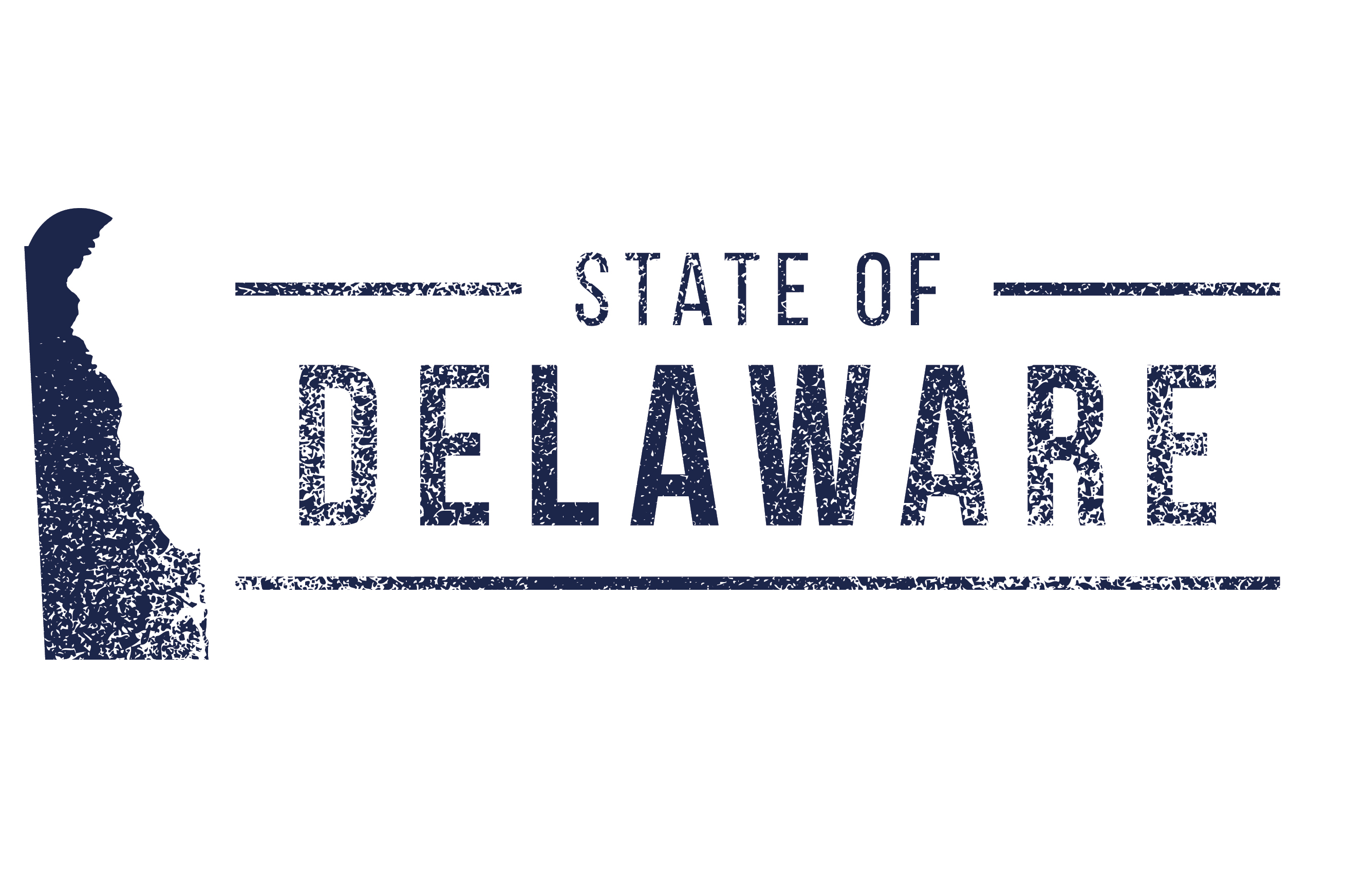 President Trump cast the midterm elections as a referendum on him and his agenda, arguing on Friday that a vote for any Democrat would empower “dangerous” and “crazy” people and sap the Republican Party’s fragile congressional majorities, the New York Times reports.

Said Trump: “Get out in 2018, because you’re voting for me in 2018. They aren’t just extreme. They are frankly dangerous, and they are crazy.”

“The Senate Judiciary Committee and lawyers for the woman who has accused Judge Brett Kavanaugh of sexually assaulting her when they were teenagers reached a tentative agreement on Saturday for her to publicly testify on Thursday, an apparent breakthrough in halting negotiations,” the New York Times reports.

“After a brief call late on Saturday, the lawyers and aides to Sen. Charles Grassley (R-IA), the Republican chairman of the Judiciary Committee, planned to talk again Sunday morning to continue negotiations over the conditions of the testimony.”

“Negotiations could still falter over those details, which include who will question the woman, Christine Blasey Ford. But in tentatively agreeing to a Thursday hearing, Republicans made a significant concession that suggested they were working to ensure that the session occurred after several days of uncertainty.”

Washington Post: “This time, the questions were much different. An array of White House aides, playing the role of various senators on the Judiciary Committee, quizzed Kavanaugh last week about his sex life and other personal matters in an attempt to prepare him for a hearing that would inevitably be uncomfortable.”

“In his answers during the practice runs, aides said, Kavanaugh condemned sexual assault and carefully avoided seeming to discredit Christine Blasey Ford, a psychology professor in northern California who has accused the nominee of pinning her to a bed, groping her and putting his hand over her mouth to stifle her screams as he tried to take off her clothes at a drunken high school party in the early 1980s.”

“But Kavanaugh grew frustrated when it came to questions that dug into his private life, particularly his drinking habits and his sexual proclivities… He declined to answer some questions altogether, saying they were too personal.”

Secretary of State Mike Pompeo “hinted that Rod Rosenstein could be in jeopardy, after reports on Friday said the deputy attorney general discussed wearing a wire to record conversations with Donald Trump and the possibility of invoking the 25th amendment to remove the president,” the Guardian reports.

Said Pompeo: “If you can’t be on the team, if you’re not supporting this mission, then maybe you just ought to find something else to do.”

Asked by Fox News host Chris Wallace if Rosenstein’s reported behavior would constitute “being on the team,” Pompeo said: “Not remotely.”

Politico: Trumpworld divided on Rosenstein – not whether to fire him, but when.

“Appearing at Southern Methodist University, the candidates exchanged rhetorical blows on just about every single question, showing off sharp differences that have long been evident in the race. But what stood out was O’Rourke’s combative posture toward Cruz after spending his campaign until this point largely ignoring the incumbent and his attacks.”

“Throughout the debate, O’Rourke repeatedly reminded viewers that he was the only candidate on the stage who has visited all 254 counties in Texas — and forcefully pushed back several times as he came under fire from Cruz.”

Beto O’Rourke could lead a blue wave in Texas — even if he loses his Senate race https://t.co/OhRlfWBQgP

FEMA Administrator Brock Long “has been forced to reimburse the government for improper personal use of federal government vehicles and acknowledged ‘mistakes’ that he and FEMA made in using those vehicles,” Politico reports

Senate Majority Leader Mitch McConnell (R-KY) suggested that he could keep lawmakers in Washington until the end of October if Democrats seek to slow or block the confirmation of President Trump’s judicial nominees, The Hill reports.

Said McConnell: “Our friends on the other side who have a number of incumbents running for reelection this year are going to want to recess.”

Associated Press: “While Election Day 2018 is technically Nov. 6, Minnesota law allows in-person voting to begin Friday — a full 46 days early — making it the first battleground state to begin casting actual votes in the broader fight for control of Congress. Voters in every corner of the nation will soon follow. South Dakota also opens early voting on Friday, and four more states follow in the next six days, including key states including New Jersey and Missouri.”

“It may feel early, but make no mistake: The final phase of the 2018 midterm season has begun.”

Documents reviewed by BuzzFeed News show that $3.3 million began moving on June 3 between two of the men who orchestrated the infamous Trump Tower meeting during the 2016 presidential campaign: Aras Agalarov, a billionaire real estate developer close to both Vladimir Putin and President Trump, and Irakly “Ike” Kaveladze, a longtime Agalarov employee once investigated for money laundering.

“That money is on top of the more than $20 million that was flagged as suspicious, BuzzFeed News revealed earlier this month, after the money ricocheted among the planners and participants of the Trump Tower meeting. Special counsel Robert Mueller’s team… is examining the suspicious transactions.”

First Read: “We have one explanation: The elimination of the judicial filibuster. Now save us your emails and text messages on who’s to blame for its elimination; we’ve heard all the arguments, and both Democrats and Republicans have good cases to make about why the other side is at fault. (Republicans: Harry Reid started it by eliminating the filibuster for executive-branch and judicial nominees. Democrats: Reid had to — because Mitch McConnell was opposing even non-controversial nominees. Republicans: Democrats filibustered a highly qualified nominee in Neil Gorsuch. Democrats: Merrick Garland! And on and on…)”

“But does anyone believe we’d be in this situation if 60 votes still mattered? After all, Kavanaugh’s ceiling was never higher than 54 votes – before the sexual-assault allegation. (Then again, Neil Gorsuch’s ceiling was 55 votes in 2017.) Would President Trump have been forced to nominate someone with less of a partisan/political background or less of a paper trail?”

“In the Bush and Obama eras, we saw Democrats and Republicans abuse the filibuster process. But at its core was this benefit: You achieved consensus — more than just a simple party-line majority.”

“We realize our politics has changed over the last 15-20 years: Voters no longer reward the consensus-builders; instead they prefer fighters and bold ideas. But the result is a broken political process — as well as the spectacle we’re likely to see next week in Washington.”

McFADDEN: : So you would agree with the intelligence officials, both past and present, who say that this was most likely a Russian probe to the Trump campaign?

GOLDSTONE: I mean, I can’t say that definitively… I’m willing to believe that I don’t know who wanted this meeting.

McFADDEN: But it was a dirty offer.

McFADDEN: It was a dirty offer that they accepted.

GOLDSTONE: Yes. That is true, that didn’t materialize, but yes, it’s the willingness to accept it.

“The Republican Party is suffering an identity crisis that poses acute short- and long-term risks: President Trump, with 38% approval in Gallup, is giving the party a constricted appeal, with the danger of continuing high-profile defections,” Axios reports.

“In a 50-50 nation, marginal defections can incapacitate a party.”

“The GOP, long synonymous with conservatism, is now effectively the Trump Party — in policy, branding and support. That leaves some swaths of traditional conservatives without a major-party home, and endangers Republican electoral fortunes.”

“Riding a surge of enthusiasm in opposition to President Trump, more Democrats turned out in the primaries for House elections than Republicans this year — the first time that has happened since 2008,” Axios reports.

“2008 was the last time Democrats won a majority in the House. They lost it in 2010, when Republican primary turnout skyrocketed and Democratic turnout plummeted — the reverse of what’s happening now.”