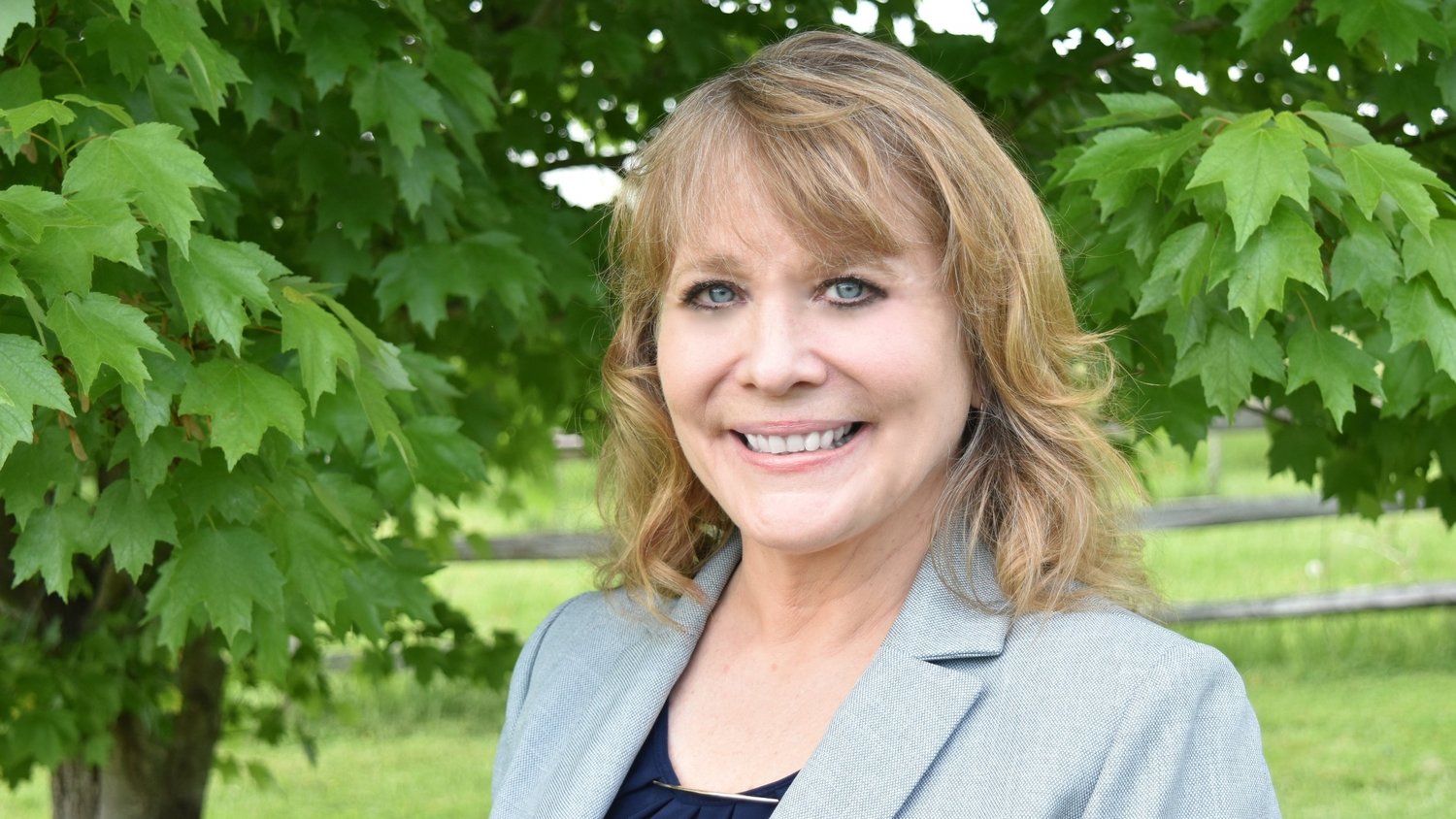 During the Thursday, September 6 primary election, I stood outside a polling station for about nine hours, greeting voters on behalf of a wonderful candidate. I didn’t expect to learn so much that day—about how to best approach voters, about how sadly uninformed some voters are, and about the great usefulness of an umbrella to block out the blazing sun.

What I also learned is that Christine Metzing, the Republican candidate challenging incumbent District 10 State Senator Stephane Hansen, is a duplicitous, irrational, and frightening candidate.

Ms. Metzing, who did not have a Republican primary opponent, arrived at the polling station not long after I did, to hand out literature and greet voters for the November general election. She seemed very pleasant and amicable. After exchanging some small talk for a few minutes, I asked her if this is her first time running for office. She confirmed that it is. I am always interested in hearing about what has motivated first-time candidates to seek office. I said, “Good for you for running. May I ask what motivated you to run for office?”

“Doctors are having their First Amendment rights trampled all over,” she told me, completely catching me off-guard. She then launched into a diatribe regarding transgender youth. With a lot of passion in her eyes and voice, she told me that transgender youth should not be allowed to transition genders in any way—including their appearance, medical treatment, surgeries, or hormone blockers—until they are adults.

“Doctors, science, and studies have shown that 80% to 90% of transgender youth change their minds after they become adults,” she declared. “Also, studies show that allowing transgender youth to identify as they choose does not reduce suicide rates for them at all.”

I told her point blank that she is dead wrong on both counts. Dead wrong. I asked her, “Exactly which doctors and studies claim these things?” She replied, “Lots of them! Lots of them!”

I pressed her to name me a single such doctor or study. Just one. After rambling and avoiding my request, I asked her again. Finally, she suggested the “International Review” as a source—for which, by the way, I can locate absolutely nothing after several Google searches.

I told Ms. Metzing that she is simply incorrect regarding her “science,” and that every major medical, psychological, psychiatric, and scientific organization in America and the world fully supports transgender individuals in transitioning as they see fit. She told me I am wrong.

As the conversation got a little more heated, I said, “I could not be more offended or disgusted by your ignorance, especially since you are a medical doctor.” (Yes, Miss Metzing is a licensed medical doctor!) “I am gay,” I continued, “and I know and have known many transgender folks over the years, of various ages. Not a single one—not one—has ‘changed their mind’ after transitioning. I am ending this conversation now, and I have nothing further to say to you.”

Then, I thought to myself, “Of all the very serious issues facing Delawareans, when I ask what prompted you to run for office, THIS is your foremost concern? That some people may do something with their own lives and bodies that does not affect you or anyone else in any way?”

As the day went on, I noticed something very interesting but unsurprising about Miss Metzing. When she talked to Democrats, she stuck to topics like healthcare, jobs, and the opioid crisis, and spoke largely in generalizations and platitudes. When she talked to Republicans, she was a very different person, running as far down the right-wing road as they’d follow her.

Thankfully, after a while, Miss Metzing left. But later, a surrogate for her showed up. She seemed nice enough, but naturally, I was quite suspicious. She told me, “This is my very first time being involved in a political campaign,” and a part of me genuinely applauded her efforts.

But then she told me that because I was representing a candidate running in the primary, she didn’t believe I was allowed to speak to voters on their way into the polling station, only on the way out. I responsded, “No, that is untrue. And what kind of sense would it make if you could speak to voters only on their way out of the polling station? My presence here would be pointless.” She looked at me, blank-faced.

After some significant internal debate, I decided to politely let her know what I thought of her candidate, based on my conversation with Miss Metzing earlier in the day. I told her, “I respect that you are out here in the hot sun volunteering for your candidate, and that you’re doing this for the first time. But I met Miss Metzing here earlier today, and I am very disappointed in her views on transgender youth.”

I didn’t think my jaw could drop any lower than it had earlier in the day, but it was about to hit the steaming sidewalk.

Miss Metzing’s surrogate informed me that, in fact, Miss Metzing and her campaign do not believe that transgender folks actually exist at all! She declared, “You are born male or female, and it is in you DNA. That’s all there is to it. You are born either male or female. Period.”

I pointed out to her, echoing my earlier assertion to Miss Metzing, that every major medical, psychological, psychiatric, and scientific organization in America and the world profoundly disagrees with that anachronistic view. I also argued that they have no right to discount the life experiences and testimonials of hundreds of thousands of transgender Americans.

She continued senselessly defending her position, and in retrospect, I can’t remember what all we said to each other. Perhaps my sky-high blood pressure in that moment somehow wiped my memory. But I do know that she ever-so-ironically accused me of being “close-minded.”

I told her, rather loudly and in quite an animated manner: “People like you are EXACTLY the reason transgender individuals, especially youth, have rates of suicide, depression, anxiety, self-harm, substance abuse, and homelessness so much higher than the general population. Both you and your candidate should be absolutely ashamed of yourselves for your very concrete contributions to the suffering of transgender youth and adults, and the LGBT community as a whole.” And with that being said, I turned around and walked away, red-faced but empowered.

To me, Miss Metzing is a truly frightening candidate for two reasons. First, clearly, she is insanely right-wing and nonsensical, especially giver her status as a medical doctor. Second, and perhaps most importantly, she is obviously willing to pander to voters based on her reading of them, and she seems very good at reading them. In other words, she is willing to brazenly misrepresent her views to win votes.

In fact, if you visit Miss Metzing’s campaign website, you might think she’s a progressive Democrat running for office! Her website includes a rather boastful biography, but is quite sparse on the issues. Her website lists only a few issues, with very few details on her stances.

Miss Metzing’s website briefly addresses the issue of “Family.” It’s a short paragraph full of platitudes that are code for, “The government and the left are attacking our families!” She even calls for a “parental rights bill” to be passed in Delaware, but offers no details on exactly which rights Delaware’s parents are currently being denied when it comes to raising their children.

Also, Miss Metzing’s website touches upon the issue of “Life and LIberty.” She declares, “I want to ensure that our state laws consistently show the value of every person in our society: every child, every family member, and ever human life, in all stages.” (That last part of course, is code for, “I want to roll back abortion rights!” In fact, later in the paragraph, she specifically mentions “the unborn.”)

Miss Metzing wants to protect “people from every race and nationality, the unborn, the disabled, people with addictions and mental illness, the poor, those with criminal records, and the elderly.” Curiously missing from the list of individuals Miss Metzing wants to protect are LGBT folks. I also notice she makes no mention of religion. I suspect that’s because she supports the Christian religion and no others. Further, Miss Metzing warns us about “potential tyranny.” In other words, “You should be terrified of the government’s coming to trample all over your individual rights! And probably seize your guns, too! Boo!”

Again, Miss Metzing is a very dangerous candidate. She is very personable, and based on how she panders to voters based on their political leanings, very manipulative. Obviously, there is strong reason to believe that she frequently misrepresents—or at the very least, purposely remains silent regarding—her real stances on many issues. Furthermore, she seems to believe the government is the enemy of the people. This last thing we need in government are elected officials committed to dismantling and destroying it.

Therefore, I ask everyone reading this essay to actively support Miss Metzing’s general election opponent, incumbent Senator Stephanie Hansen—not only because Miss Metzing is such an awful candidate, but because Senator Hansen is such a wonderful candidate and elected official. Although she has only been in office for a short time, winning a special election just last year, Senator Hansen hit the ground running and wasted no time introducing and supporting legislation greatly beneficial to Delawareans.

Her work to combat Delaware’s critical opioid crisis is remarkable. Her diligence on this front has been tireless, courageous, and thoughtful. Second, Senator Hansen fought hard to establish the Delaware Native Species Commission, which will work for the next decade to preserve and propagate plant and animal species native to the First State. She is also fully and truly supportive of women and minorities, including LGBT individuals.

Senator Hansen, in so many ways, is exactly the kind of elected official we need in office. She listens carefully to her constituents, and is always out and about in the community she serves. She replies to constituents’ emails and telephone calls with remarkable speed. She thoroughly researches the many gray nuances of issues that are so often painted as black and white. Senator Hansen is transparent and consistent regarding her stands on issues, regardless of her audience. She truly cares about the people she serves in her district, and all Delawareans.

I hope everyone reading this essay joins me in working to keep Senator Stephanie Hansen in office, and keep Christine Metzing out of office.