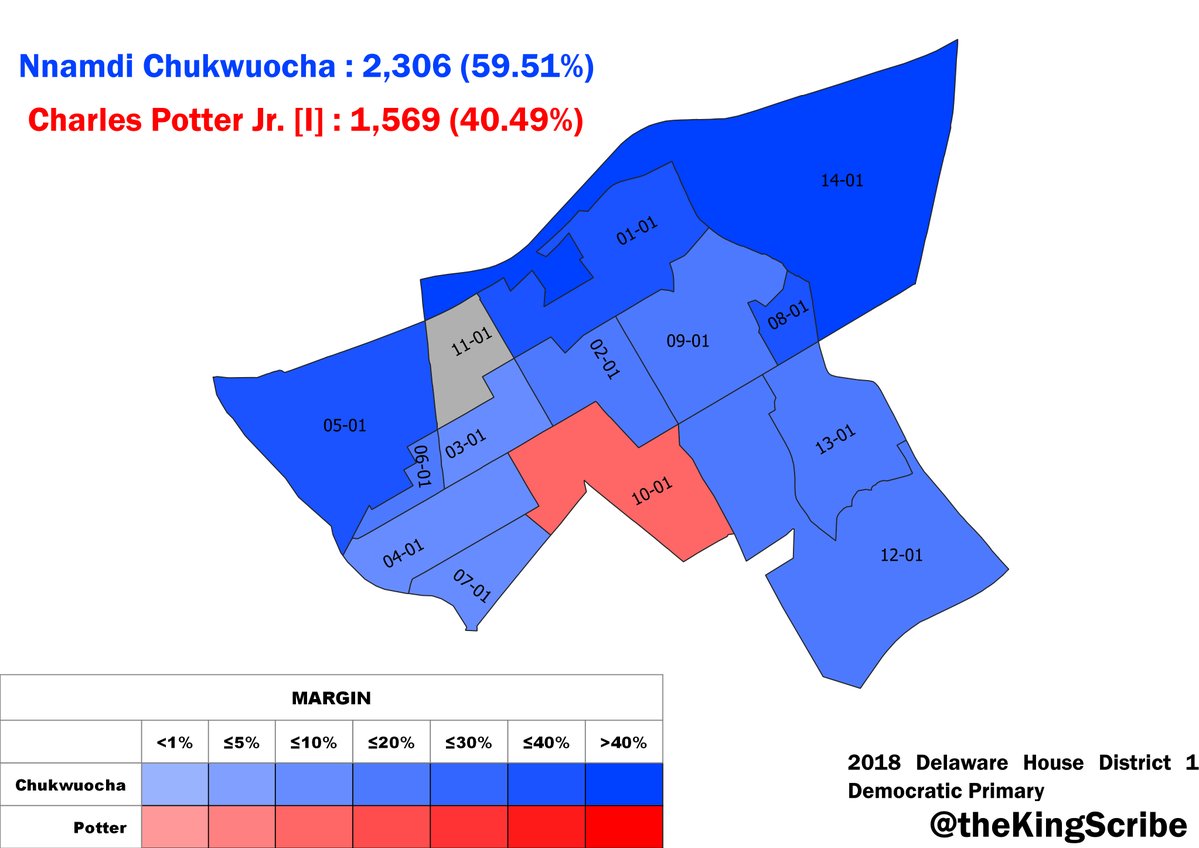 Nnamdi Chukwuocha swept all but one of the First District’s precincts, but what is notable is the margin by which he won.   He two precincts by 40%, another two precincts by 30%, and then another five precincts by 20%.   This is a Democratic Primary electorate that was long past tired of their Representative and were ready for a change.

This Map was created by Nicholas Schrieber, who has allowed us to share his work here.  Thanks Nick!