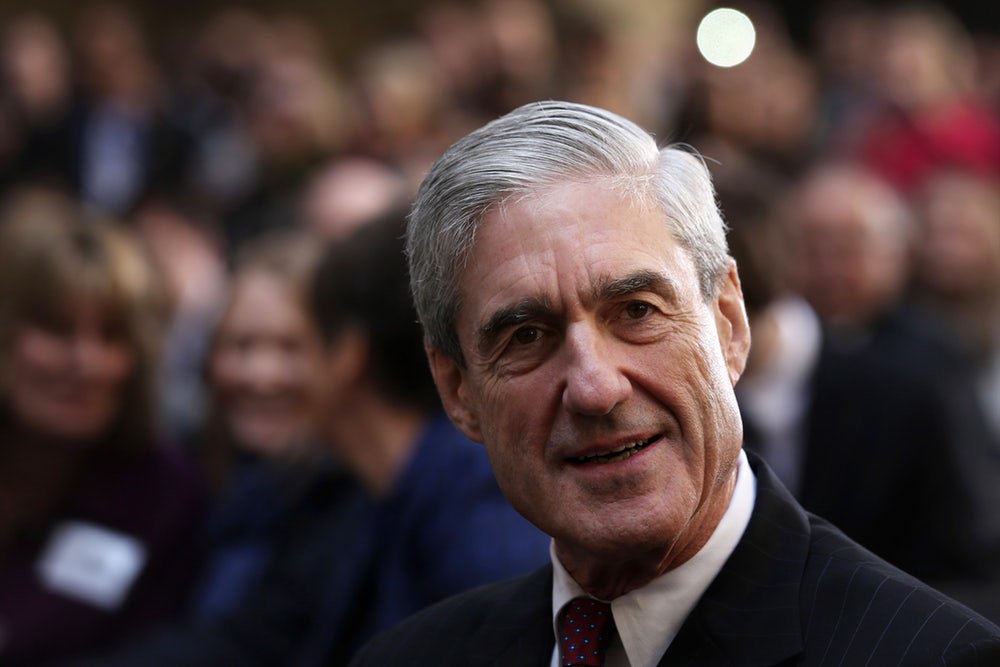 Washington Post: “Manafort’s plea could be a key cog in pushing Mueller’s case toward its ultimate end. Legal analysts say Manafort must have something valuable to share with Mueller’s team, which agreed to drop five of the seven charges he faced and potentially urge leniency at his sentencing, if his cooperation is helpful.”

“Generally, those who plead guilty sit down with prosecutors to detail what they know in a ‘proffer’ session, so the government knows what it will get in the bargain. Manafort’s plea makes reference to a written proffer agreement on Tuesday — showing he has been in talks with the special counsel’s office at least for several days.”

“Whether Manafort ultimately implicates the president remains to be seen.”

CNN: “There are still many unanswered questions regarding the infamous dossier written in 2016 by former British spy Christopher Steele, which alleges widespread collusion between the Trump campaign and the Russian government. CNN has reported that investigators corroborated some aspects of the dossier, but it’s still unclear whether any of the explosive claims in the memos have any merit.”

Conservatives have been completely oblivious to is the degree to which their manic uncompromising stance has strengthened the case for more left-wing health-care reforms within the Democratic Party. @jonathanchait writes https://t.co/RykX2P1apD

Jonathan Chait: “Lots of things have happened since Obamacare was passed. Most importantly, the conservative movement launched a hysterical political and legal sabotage campaign, using every tool from concocting frivolous lawsuits to driving insurance firms out of the markets by eliminating the outreach budget and withholding promised reimbursements. That sabotage campaign is still ongoing.”

“It would be extremely reasonable for a liberal who favors Obama-Romney-style subsidized private insurance to conclude that market-based insurance is simply too vulnerable to right-wing sabotage, and the only safe path for covering people who can’t afford their own insurance is through public programs. One of the things conservatives have been completely oblivious to is the degree to which their manic uncompromising stance has strengthened the case for more left-wing health-care reforms within the Democratic Party while undermining the basis for more moderate ones.”

Paul Manafort’s flip is a major turning point in the Mueller investigation. Here’s what might come next. https://t.co/rdHM7fnErS

Vanity Fair: “In recent weeks, it has also become common knowledge among close friends of Michael Cohen, Trump’s former personal attorney, that Cohen is talking to the Mueller team, according to people familiar with the situation.”

“For months, Cohen has appeared to signal his willingness to cooperate with the government, both with the Southern District of New York and the special counsel’s office. While prosecutors for the Southern District did not initially approach Cohen about a cooperating agreement before he pleaded guilty, many speculated that he could still cut a deal in the months between the plea and his sentencing in December. Those familiar with Cohen’s thinking were unsure about what he might have to offer prosecutors, but because he had worked so closely with Trump and his family for more than a decade, it was assumed that he could potentially be a useful corroborating witness.”

Bill Kristol, one of President Trump’s most vocal opponents, told CNBC that he is creating a “political war machine” to take on the commander in chief when it comes time for him to run for re-election in 2020.

Said Kristol: “We are thinking of and doing preliminary work to prepare for a primary run against Trump. People aren’t going to say they will run against Trump unless they have the infrastructure but I’ve been trying to persuade people that it may not be that difficult.”

As part of an effort to “streamline” the social studies curriculum in public schools, the Texas Board of Education “voted Friday to adjust what students in every grade are required to learn in the classroom. Among the changes, board members approved the removal of several historical figures, including Hillary Clinton and Helen Keller, from the curriculum,” the Dallas Morning News reports.

“The board also voted to keep in the curriculum a reference to the ‘heroism’ of the defenders of the Alamo, which had been recommended for elimination, as well as Moses’ influence on the writing of the nation’s founding documents, multiple references to ‘Judeo-Christian’ values and a requirement that students explain how the ‘Arab rejection of the State of Israel has led to ongoing conflict’ in the Middle East.”

Paul Manafort's decision to cooperate with Robert Mueller's investigation is the biggest blow yet to Trump, @NatashaBertrand reports: https://t.co/Jp0gkzSweS

Dana Milbank: “New evidence indicates that the midterm elections in seven weeks will be the clearest referendum on a president in at least 80 years.”

“But while it may delight thenarcissistic president that the 2018 midterms are entirely about him, this is precisely what his fellow Republicans were hoping to avoid. With Trump’s support at historic lows — 60% overall disapprove of his performance, including 59% of independents — Republicans scrambling to hold the House and Senate have been struggling in vain to make the election about other issues: tax cuts, Democrats’ personal foibles — anything to avoid the election being about Trump. This has failed, bigly.”

“Midterm elections have generally come to be seen as the electorate’s reaction to a presidency. But this one is on a whole different level.”

Paul Manafort knows things. As a flipper, he can help clarify several of the biggest mysteries of the scandal. (I list 'em) https://t.co/wL3ymOuKTV

President Trump “may soon be communicating with you directly on your phone — even if you don’t follow him on Twitter,” NBC News reports.  “Next Thursday, the Federal Emergency Management Agency will do its first test of a system that allows the president to send a message to most U.S. cellphones.”

”More than 100 mobile carriers, including all the major wireless firms, are participating in the roll out.”

The 4.300 people who just lost their health coverage in Arkansas means that Republican policy is working exactly as they intended: https://t.co/TqaYcR0P0p

USA Today: “As part of his plea deal with special counsel Robert Mueller, Manafort is going to have to surrender a lot of valuable real estate to the government, including a condo in Trump Tower.”

“In addition to the high-rise condo owned by his former boss, Manafort will have to forfeit a brownstone in Brooklyn, New York, another condo in lower Manhattan, a house in the Hamptons, a house in Arlington, Virginia, three bank accounts and a life insurance policy.”

Washington Post: “The combined value of those properties, according to estimates at Zillow.com and assigning the 2006 sale price to his Trump Tower property, is about $22.2 million. If those were sold at the values identified above and the money returned to the government, that alone nearly covers our estimated costs of the investigation to date.”

There is still some legislative action on Capitol Hill. But with no hearings, mark-ups, or amendments, House members are trying to squeak unpopular ideas past the American public. https://t.co/Hoic5iR14m

President Trump’s top national security adviser “said the president signed an executive order this week on election meddling to show he has ‘taken command’ of the matter. But this time, the White House broke from its practice of using such directives to make a public splash, instead keeping the event from the public and press,” Roll Call reports.

Said one former Obama White House official: “We’d frequently sign executive orders, but the ones we wanted attention for, we always would sign them publicly. That’s press 101. If you sign one quietly, you are sending the opposite message: Please don’t pay attention to this.”

If Joe Manchin successfully wins re-election in November, it will be precisely because he kept his campaign from becoming a referendum on the president. https://t.co/n9OVn7INFt pic.twitter.com/hzMfw2fHIu

Bob Woodward said he would release tapes of his interviews used for his new book, Fear: Inside the Trump White House, for any source who requests it, The Hill reports.

Said Woodward: “This is meticulously done trying to cross reference everything and so forth. I would expect somebody would not want to release their information because they’re confidential sources and as you know, I protect my sources. I think it’s one of the building blocks of journalism and book writing.”

How Brett Kavanaugh could help create an era of rampant corruption: https://t.co/VXnnv0kGzb

Slate: “On Jan. 8, 2019, a new governor of Florida will be sworn in. On that same day, three of the Florida Supreme Court’s seven justices will complete their final terms. Based on those facts alone, you might assume that the new Florida governor will have the opportunity to select these justices’ replacements.”

“That, however, is not at all clear—because current Republican Gov. Rick Scott has declared his intent to replace them hours before his term concludes. He is now moving forward with this plan to pack the court. And the only people who can stop him are the current justices themselves.”