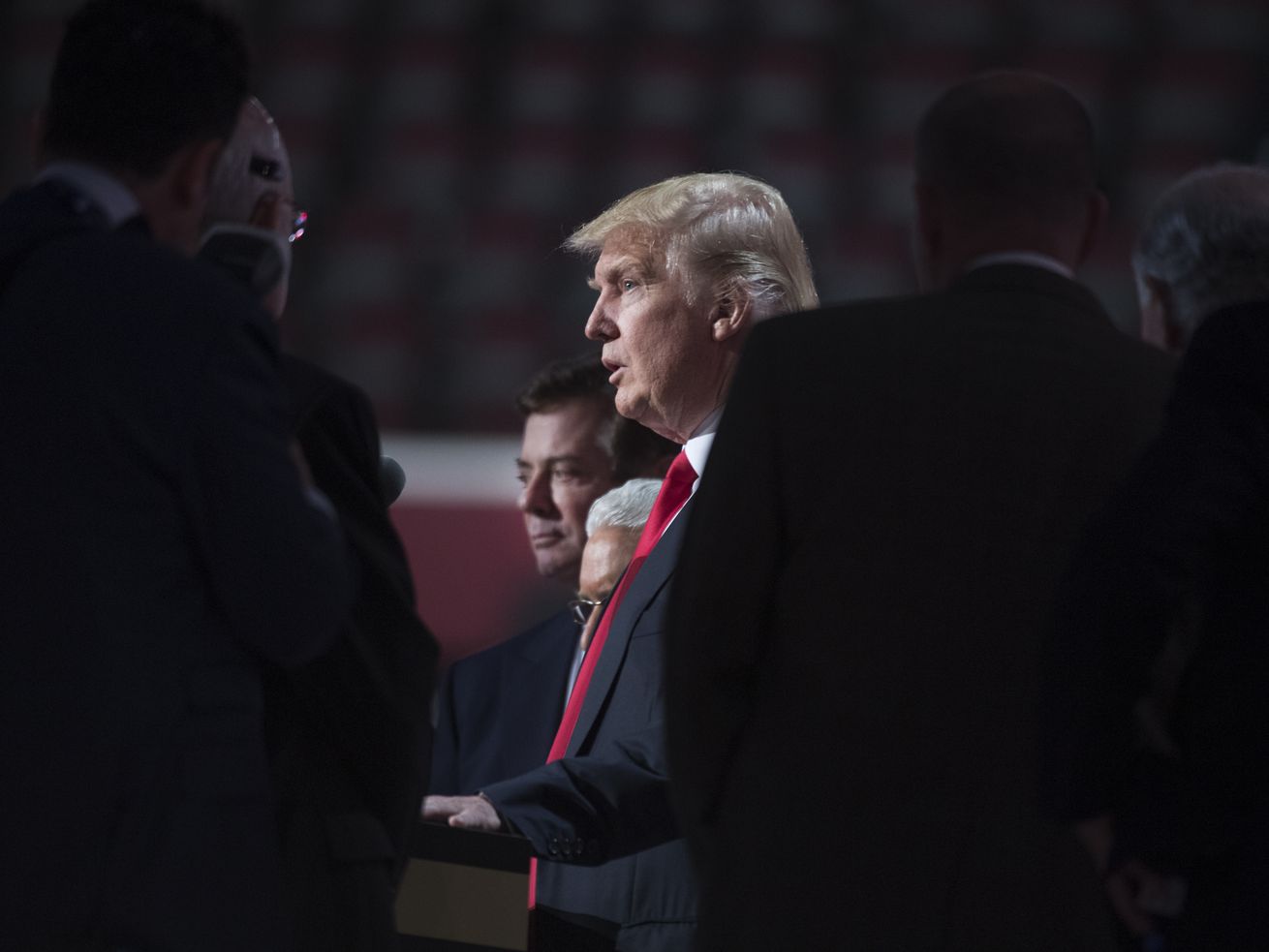 Prosecutor Andrew Weismann tells CNN there is a cooperation agreement with Paul Manafort as part of his plea deal with special counsel Robert Mueller.  The Washington Post reports Manafort’s cooperation agreement is 17 pages long.   The deal, which can be read in full at the link,  says Manafort must cooperate fully in “any and all matters as to what the Government deems the cooperation relevant.”  It also says he agrees to testify at any proceeding in any federal district-including grand juries.

Marcy Wheeler: “At this point, the deal is pardon proof. That was part of keeping the detail secret: to prevent a last minute pardon from Trump undercutting it.”

I just spoke to @RepAdamSchiff about Manafort's flip. Schiff suggests Manafort may shed light on:

— conversations between Trump and Manafort as part of joint defense agreement

— whether Trump's team dangled a pardon

CNBC: “After Manafort, Trump’s former campaign chairman, agreed to cooperate with prosecutors working for the special counsel on Friday, President Trump’s legal team released a statement attributed to Rudy Giuliani, Trump’s outside counsel in charge of the Russia probe.”

“Once again an investigation has concluded with a plea having nothing to do with President Trump or the Trump campaign. The reason: the President did nothing wrong and Paul Manafort will tell the truth.”

“Minutes later, they seemed to reconsider. A ‘corrected’ statement removed the bit about Manafort telling the truth.”

Here are the questions that haven't been answered about the Manafort plea: https://t.co/DnFQiS8yeo

Roll Call: “No matter how you look at it, this deal has to be seen as a massive victory for Mueller and his special counsel team.”

“The only concession the special counsel made was to repackage the charges against Manafort in the U.S. District Court for the District of Columbia from seven counts to two and to ask judges for a shorter sentence.”

“Besides that, prosecutors extracted a guilty plea, a cooperation agreement for Manafort to tell them everything he knows and fork over any documents they request, an admission of guilt to the 10 remaining charges from the Eastern Virginia trial, and likely a multi-year prison sentence for Manafort.”

Key takeaway: “Holding out on cooperation with Mueller’s team for as long as he did not strengthen Manafort’s bargaining position — it weakened it.”

“Years of anger at a group of Democratic state senators who had collaborated with Republicans boiled over on Thursday, as primary voters ousted nearly all of them in favor of challengers who had called them traitors and sham progressives,” the New York Times reports.

“The losses were not only a resounding upset for the members of the Independent Democratic Conference, who outspent their challengers several times over, but also a sign that the progressive fervor sweeping national politics had hobbled New York’s once-mighty Democratic machine, at least on a local level.”

Meanwhile, incumbent Democratic Governor Andrew Cuomo fought off a challenge from actress Cynthia Nixon by running against Trump.    New York Times: “The strategy allowed Mr. Cuomo — who has spent most of his career ruling and running from the center — to present himself as a progressive warrior in a way that his record might not always support. For most of his seven-plus years in office, after all, Mr. Cuomo has had a friendly working relationship with Republicans, and has failed to push hard for a number of liberal priorities, such as campaign finance reform.”

“During the early days of the Trump administration, Mr. Cuomo had scrupulously avoided criticizing the president by name, even suggesting there might be a benefit to New York if Mr. Trump helped pay for infrastructure.”

“Not so during the closing days of the campaign, when the governor openly mocked Mr. Trump, going so far on Wednesday as to call him ‘that boy’ and — gulp — not a real New Yorker.”

Sen. Claire McCaskill (D-MO) is out with a very effective ad recounting her experience in beating breast cancer while blasting rival Josh Hawley (R) for joining a lawsuit that could undo Obamacare’s protections for those with pre-existing conditions.

The New Yorker has details of the sexual misconduct allegations made in a letter that Sen. Dianne Feinstein (D-CA) referred to the FBI.

“The allegation dates back to the early nineteen-eighties, when Kavanaugh was a high-school student at Georgetown Preparatory School, in Bethesda, Maryland, and the woman attended a nearby high school. In the letter, the woman alleged that, during an encounter at a party, Kavanaugh held her down, and that he attempted to force himself on her. She claimed in the letter that Kavanaugh and a classmate of his, both of whom had been drinking, turned up music that was playing in the room to conceal the sound of her protests, and that Kavanaugh covered her mouth with his hand. She was able to free herself.”

“Although the alleged incident took place decades ago and the three individuals involved were minors, the woman said that the memory had been a source of ongoing distress for her, and that she had sought psychological treatment as a result.”

FBI Director Christopher Wray “assured Americans that they could have confidence in the U.S. election system during the November midterm elections despite efforts from the Russian government to undermine it,” Politico reports.

Said Wray: “‘I think Americans can have confidence in our election system. What the Russians do is sow both inaccurate information, disinformation, it’s a kind of information warfare, and then propaganda: exaggerated half-truths, distortions.”

Here’s why it’s so hard to make a NAFTA deal https://t.co/0crwGLmAw0

President Donald Trump is rebranding NAFTA as the USMC pact—for U.S., Mexico and Canada—though he’s still threatening to ditch the “C” if Canada doesn’t bend to his wishes.

According to a Wednesday Wall Street Journal report, Trump announced his rebranding plan and voiced his complaints with Canada at a dinner with supporters where corporate executives and donors could buy access to the President in a small meeting for $100,000 a head.

Many Americans want to believe that Democratic victories in November will reverse the country’s course. They should be wary, argues @davidfrum: https://t.co/Y1M4RVU9l1

The Hill: “Allies to Bernie Sanders say the Vermont Independent senator is increasingly likely to make a second bid for the White House in 2020 — once again as a Democrat.”

“Sanders allies increasingly talk more confidently about the likelihood of a second presidential bid. Just a few months ago, the allies were more careful about his potential candidacy.”

In New York, the National Republican Congressional Committee — the national campaign arm for House Republicans — is attacking Democrat Antonio Delgado for his past as a rapper.  This will backfire, because it’s blatantly racist and makes me like Delgado more.

Roll Call: “President Trump, just one day after even Republicans criticized him for claiming nearly 3,000 people did not die last year in Puerto Rico due to two powerful hurricanes, shared a FEMA tweet warning against spreading false information.”

“The Republican base now belongs to President Trump and the GOP has placed a big bet on turning them out in November,” NBC News reports.

“Nearly a decade after the insurgent Tea Party movement began challenging the Republican establishment on ideological grounds over issues like taxes and the size of government, the GOP primaries were all about one person: Trump.”

Said GOP strategist Alex Conant: “The importance of being loyal to Trump in this year’s GOP primaries is remarkable. Many of the primaries boiled down to which candidate appeared most in line with Trump’s brand of politics. Past arguments like conservative credentials or electability were not very salient messages.”

Washington Post: “It’s a frequent tactic of the president — elevate a widely perceived failure or mistake and defend it as a great triumph while attacking his critics. His detractors say it is shameless and sometimes comical gaslighting; supporters say he is just a master marketer who uses hyperbole and always shows strength.”

Said former aide Sam Nunberg: “You just never give an inch or admit any mistake in public.”

“FEMA administrator Brock Long is the target of an ongoing Department of Homeland Security inspector general investigation into whether he misused government vehicles during his commutes to North Carolina from Washington,” Politico reports.

“The actions by Long, the U.S. government’s lead disaster official as the country braces for Hurricane Florence, have been called into question by the inspector general over whether taxpayers have inappropriately footed the bill for his travel.”

“Senate Republicans are in a jam when it comes to Jeff Sessions,” Politico reports.

“While resigned to President Donald Trump firing the attorney general after the midterm elections, they suspect that perhaps only a sitting senator could win confirmation as Sessions’ successor — that is, someone they could trust not to interfere with special counsel Robert Mueller’s investigation. But no one from their ranks seems to want the job.”

Facebook gave five news outlets (four nonpartisan and one conservative) the power to block the spread of articles they deem “false” on Facebook. The arrangement just blew up in its face. https://t.co/MBjNruAVDM

“In an exchange with high school students that was caught on tape,” Rep. Chris Smith (R-NJ) “was tongue-tied over the prospect of same-sex couples adopting children and suggested kids would be better off in orphanages than with LGBT families,” the Washington Blade reports.

Politico: “Smith, who has represented the 4th District for nearly 40 years and typically skates to reelection with only a token challenge, is facing a well-funded opponent this year in Navy veteran Josh Welle (D).”

The Republican nominee in New Hampshire’s 2nd Congressional District, Steve Negron, defends his no vote on a bipartisan bill to ban gay conversion therapy for minors.

“I did not vote for that. I believe that’s something that, when you look at these young children that are trying to make a decision, and I remember when I was 15-16 I was confused, I had a lot of options in my life,” he said during a late August Facebook Live interview with WMUR, the state’s largest TV station.  “I think we need to be able to help them understand what it is, give them the right information, and let them get the treatment that they need to understand what the situation is,” Negron continued. “And I think the parents have a huge role in that as well.”