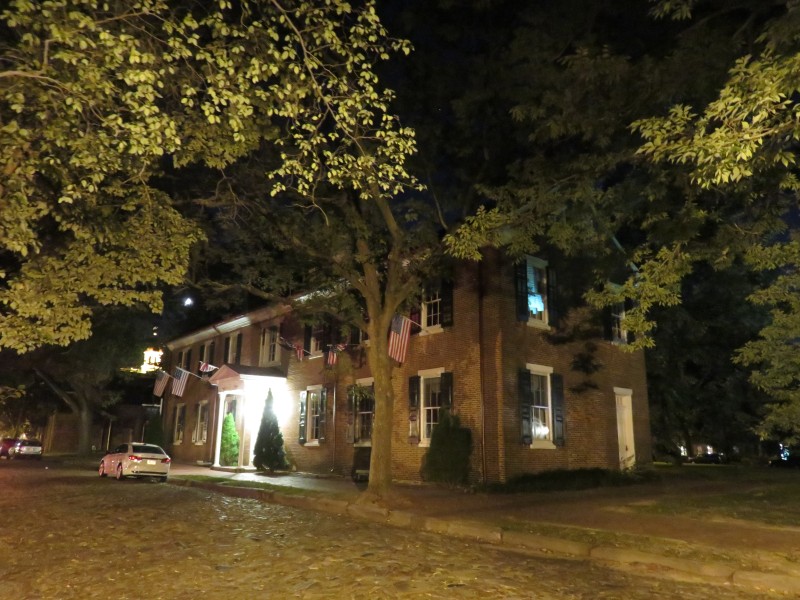 The Arsenal, on Market Street in New Castle. The arsenal was built in 1811, with hostilities with Britain increasing. After later being used as a barracks and post office, among other things, it became the New Castle Institute in 1852, and a second story was added. The school remained until 1930.   Photo by xzmattzx.