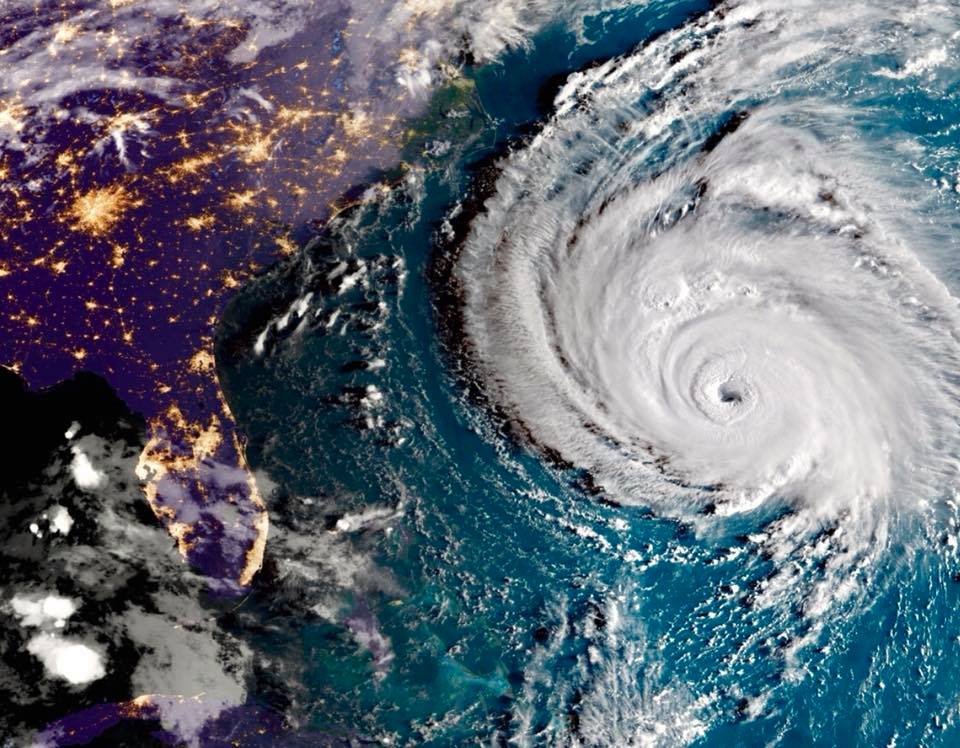 Sources tell ABC News that special counsel Robert Mueller’s office is seeking cooperation from Paul Manafort for information related to President Trump and the 2016 campaign in exchange for a possible plea deal.  However, Manafort is resisting and his team is pushing prosecutors for a plea agreement that does not include cooperation, at least as related to the president.

No Deal.  You cooperate with Mueller and reveal all, or you die in prison.  Your choice.

A *Republican* staffer just launched a brutal attack on his own party's massive oversight failures.

He said it will be on *Dems* to restore Congress' oversight integrity.

President Trump “signed an executive order mandating that sanctions be placed on foreign entities or individuals determined to have interfered with or have assisted with interference in U.S. elections,” The Hillreports.

“The order, which comes just weeks ahead of November’s midterm elections, will direct U.S. intelligence agencies to investigate whether the election meddling took place. The sanctions would automatically be triggered against a foreign government if they are found to have interfered or influenced elections.”

Took him long enough, but I bet he will not enforce this like he has not enforced other sanction bills.

Jonathan Chait: “George W. Bush, who declined to endorse Donald Trump (or anybody) in 2016, and made muttered elliptical criticisms of the 45th president, has thrown himself into the task of covering up Trump’s many crimes. Bush, reports Politico, is raising money for candidates who are committed to maintaining the cover-ups.”

“To be sure, Bush doesn’t put it that way, and almost certainly doesn’t think of it that way. But it is syllogistically true. The Republican majorities in both chambers of Congress have followed a course of non-oversight, blocking disclosure of Trump’s tax returns, allowing him to to be paid by figures at home and abroad known only to him, and preventing investigations of multiple cases of misconduct. Working to maintain Republican control of Congress is ipso facto working to maintain the cover-ups.”

BuzzFeed News: “The June 2016 meeting at Trump Tower has become one of the most famous gatherings in American political history: a flashpoint for allegations of collusion, the subject of shifting explanations by the president and his son, countless hair-on-fire tweets, and boundless speculation by the press.”

“But secret documents reviewed by BuzzFeed News reveal a previously undisclosed aspect of the meeting: a complex web of financial transactions among some of the planners and participants who moved money from Russia and Switzerland to the British Virgin Islands, Bangkok, and a small office park in New Jersey.”

Policy criticism isn't always in bad faith — it's often how policy is improved, and part of showing you'd be a good president is showing you see that. https://t.co/GH3zD6g9GX

“Mike Espy is running for the runoff — the sort of election that some African Americans have said for years is designed to keep them from winning,” McClatchy reports.

“The thinking about runoffs goes like this: A black candidate in the South could easily win a multi-candidate primary, as long as they get most of the black vote, which could be as high as the mid-to-low 30s. But in a one-on-one contest, the potential to add to that total is diminished.”

George W. Bush will spend this fall trying to help shield the second-worst president of the 21st century from meaningful oversight. https://t.co/9UfRiUccG8

Washington Post: “These difficulties have come into sharp focus in Texas, where Cruz is fighting for political survival against O’Rourke, a rising liberal star who is raising record-setting sums of cash and attracting large crowds across a ruby-red state. At the end of June, O’Rourke had close to $14 million cash on hand to Cruz’s $9 million.”

“The tough realities of Texas have prompted an unexpected alliance between Cruz and the Republicans he spent years waging a vendetta against as a senator and as a candidate for president — including Trump and McConnell. The sudden cooperation underscores how much the GOP fears losing Texas.”

“The shock waves are being felt well beyond the state, as its several expensive media markets could force the party to spend money there that it will have to subtract from GOP hopefuls in other battlegrounds. McConnell recently assured Cruz in a private conversation that resources would be there for him.”

Amid assaults against the press and the rise of technology, democracy remains in a fragile state. Can it overcome the challenges it faces? An editor’s note from @JeffreyGoldberg: https://t.co/Ev7rZ2wnTC

Amy Walter: “While it’s true that Obama was a focal point of GOP anger and angst for the last eight years, he is no longer the most important act in politics. No one can or will overshadow Donald Trump. And, Donald Trump is going to make sure that’s the case.”

“The best thing that could happen for Republicans is not for Obama to become more vocal and active; it’s for Trump to become less vocal and less active. Ask any Republican in a tough campaign what they’d like most from Trump; it’d be to put down his phone, stop threatening to fire Jeff Sessions, and don’t say nice things about Putin. In just the last few weeks, he’s done all three.”

“For the last eight years, Republicans have had effective foils in Obama and Hillary Clinton. This year, however, their biggest impediment to keeping control of the Congress is their own party leader. There’s only so much traction that Obama-bashing will get Republicans if Trump remains as unpopular and polarizing as he is right now.”

The public thinks the Supreme Court is more liberal than it is https://t.co/7rmpbgQfnG

“A collection of powerful conservative groups is mounting an aggressive campaign to install Freedom Caucus co-founder Jim Jordan as House speaker or minority leader in the next Congress,” Politico reports.

“The bid to empower a rabble-rouser despised by much of the House Republican Conference will almost surely fall short. But success for the groups doesn’t necessarily require Jordan to end up in the top leadership spot.”

“Their effort could deny California Rep. Kevin McCarthy the 218 votes needed to secure the speakership if Republicans retain the House majority — an outcome conservatives would cheer just as much.”

Good context for why it's so dangerous that Twitter and Facebook sell products that encourage simplistic, sensationalist, emotionally manipulative, tribalist media and then claim to be passive actors who mustn't tamper with the free flow of information https://t.co/HjdJNkOFzb

Jonathan Swan: “A few months ago, he was scoffing at midterm consequences for him. But now Trump has heard the dire warnings from enough advisers that he’s shifting into salvation mode, sharpening his campaign rhetoric and privately contemplating life under subpoena — and the threat and reality of impeachment.”

He added: “There were some people around him trying to make the case that control of the House didn’t matter. But over time he’s realized it can make all the difference in the world, both for investigations and impeachment.”

Oregon state Rep. Mike Nearman (R) is the vice president of an anti-immigrant hate group with ties to eugenicist John Tanton, who has pushed white nationalist politics through a series of anti-immigrant organizations, the group told the Daily Beast.

Norman denied having a leadership role when Oregon alt-weekly Corvallis Advocate revealed his ties to the group last week.

“President Trump in the early 1980s asked an architect to remove Braille from planned residential elevators in Trump Tower in New York, saying blind people would not live there,” the Washington Post reports.

Barbara Res, a former vice president in charge of construction, made the allegation in a New York Daily News op-ed.

“According to Res’s account, an architect came to Trump’s office to show him designs for the interiors of residential elevator cabs in Trump Tower, which also hosts businesses. He noticed dots next to the buttons and asked what they were… Trump then told the architect to ‘get rid of it,’ and the architect resisted, saying doing so would be against the law.”

Said Trump: “Get rid of the fucking Braille. No blind people are going to live in Trump Tower. Just do it.”