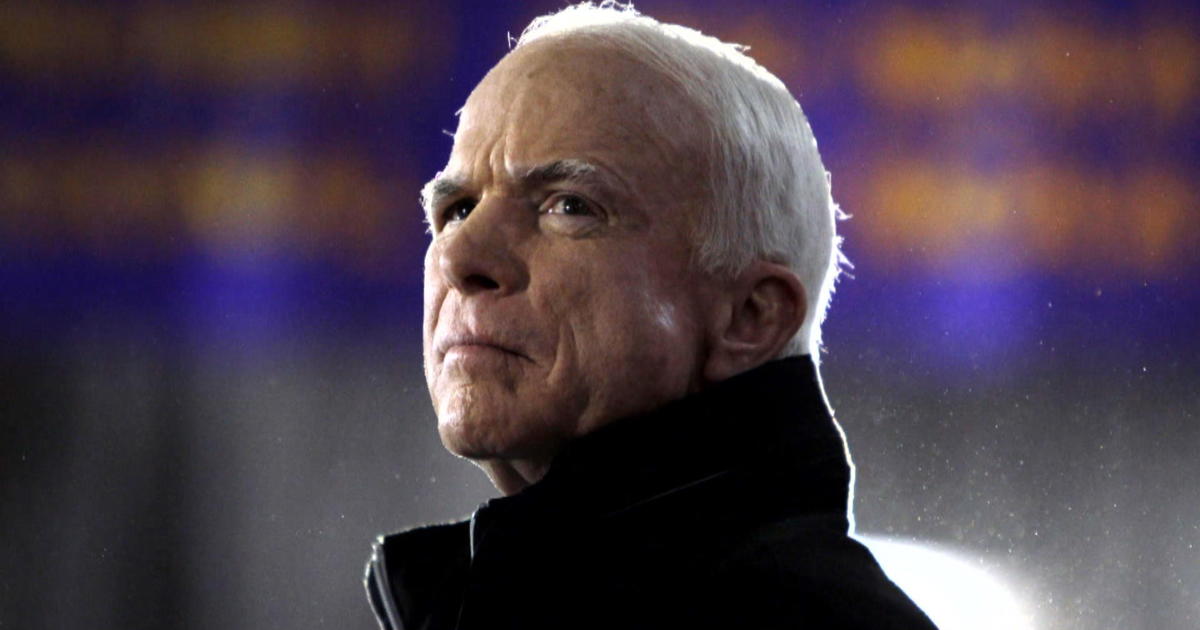 New York Times: “For the clusters of onlookers, besuited power players and three former presidents who had all traveled to Washington National Cathedral, the muggy day was a historic opportunity to memorialize the life of Senator John McCain, who was remembered as a deeply patriotic war hero, a former Republican presidential candidate and a scrappy, humanly flawed, ultimately idealistic lawmaker.”

“For President Trump, it was Saturday.”

“In the many discussions about how to mark his life that Mr. McCain had with his staff and family before he died, he had made clear he did not want Mr. Trump to participate in anything they planned. So as Mr. McCain was eulogized in the presence of much of the American political establishment, Mr. Trump, pointedly uninvited, engaged in what by now is a familiar weekend routine. He sent a series of angry tweets aimed at some political adversaries, then left the White House to play a round of golf at his resort in Virginia.”

Washington Post: “The sharp dichotomy of Trump’s pugilistic posts and the dignified memorial service, broadcast live by cable news stations and online, underscored the president’s unwillingness to embrace the traditional duties of office and his scorn of Washington’s protocols and conventions, which he has delighted in undermining.”

“Meghan McCain, in an emotional and deeply personal eulogy of her father, took a tacit swipe at President Trump several times during her remarks,” the Washington Post reports.

“But the most pointed was when she said, ‘The America of John McCain has no need to be made great again, because America was always great’ — a reference to Trump’s campaign slogan. Rare for such a solemn gathering, applause rippled through the catherdral for several long seconds, passing over an audience which included Trump’s daughter and son-in-law, who sat stony faced.”

McCain also referenced her father’s “greatness,” saying his was the “real thing, not cheap rhetoric from men who will never come near the sacrifice he gave so willingly.”

New York Times: “Former Presidents George W. Bush and Barack Obama, the two men who thwarted Mr. McCain’s ambitions to become commander in chief, stood one after the other before the nation’s elite at Washington National Cathedral on Saturday to honor the man they beat, extolling him as a one-of-a-kind figure the likes of which will not be seen again anytime soon.”

“That they were asked, and not the current president, spoke volumes about the man and the moment. And while neither former president made explicit mention of President Trump, who left the White House as the service began to go to his golf course in Virginia — uninvited and unwelcome at the funeral — their tributes to the senator could hardly be heard without the unspoken contrast to the current occupant of the Oval Office.”

Susan Page: “At the memorial service he had carefully planned, John McCain managed to deliver a final and defiant rebuke to the man who wasn’t there, whose name was never uttered.”

“Increasingly convinced that the West Wing is wholly unprepared to handle the expected assault from Democrats if they win the House in November, President Trump’s aides and allies are privately raising alarm as his circle of legal and communications advisers continues to shrink,” the AP reports.

“With vacancies abounding in the White House and more departures on the horizon, there is growing concern among Trump allies that the brain drain at the center of the administration could hardly come at a more perilous time. Special counsel Robert Mueller’s swirling probe of Russian election interference and potential obstruction of justice by Trump has reached ever closer to the Oval Office, and the upcoming midterm elections could grant his political adversaries the power of subpoena or, more worryingly, the votes to attempt impeachment.”

Meanwhile, Maggie Haberman notes that Trump’s aides “say he is behaving as if he is cornered.”

President Trump accused Bloomberg of leaking “off the record” comments on trade negotiations with Canada, but the Toronto Star’s Daniel Dale, who broke the story, tweets that the interviewers were not his source.

Said Dale: “I’d said I wasn’t going to say anything about my source for the quotes Trump made off the record to Bloomberg. However, I don’t want to be party to the president’s smearing of excellent, ethical journalists. So I can say this: none of the Bloomberg interviewers was my source.”

He added: “Trump is calling Jennifer Jacobs, Margaret Talev and their editor liars. They aren’t, and they didn’t violate their ‘off the record’ promise to him. I don’t want to be a party to his attempt to make fellow reporters look deceitful.”

NEW: BRUCE OHR worked w/ @FBI on a secret program to flip Russian oligarchs, including OLEG DERIPASKA.
Ohr once wrote that Deripaska was "almost ready to talk to US re: $ MANAFORT stole.” He also urged an intermediary to get Deripaska "to give up Manafort" https://t.co/68lvGfhVlh

New York Times: “In one dramatic encounter, F.B.I. agents appeared unannounced and uninvited at a home Mr. Deripaska maintains in New York and pressed him on whether Paul Manafort, a former business partner of his who went on to become chairman of Mr. Trump’s campaign, had served as a link between the campaign and the Kremlin.”

“The attempt to flip Mr. Deripaska was part of a broader, clandestine American effort to gauge the possibility of gaining cooperation from roughly a half-dozen of Russia’s richest men, nearly all of whom, like Mr. Deripaska, depend on President Vladimir V. Putin to maintain their wealth.”

“The systematic effort to win the cooperation of the oligarchs, which has not previously been revealed, does not appear to have scored any successes. And in Mr. Deripaska’s case, he told the American investigators that he disagreed with their theories about Russian organized crime and Kremlin collusion in the campaign… The person added that Mr. Deripaska even notified the Kremlin about the American efforts to cultivate him.”

'The fever will break eventually,' Senator Flake told me outside the Cathedral. 'It has to.' https://t.co/ijhPNi1iem

President Trump threatened to push Canada out of the North American Free Trade Agreement if he doesn’t get the concessions he wants.

Said Trump: “There is no political necessity to keep Canada in the new NAFTA deal. If we don’t make a fair deal for the U.S. after decades of abuse, Canada will be out. Congress should not interfere with these negotiations or I will simply terminate NAFTA entirely and we will be far better off.”

Rob Tibbetts, the father of Mollie Tibbetts: "Do not appropriate Mollie's soul in advancing views she believed were profoundly racist." https://t.co/JGyGMdado8

“When Congress returns from recess after Labor Day weekend, lawmakers will have just 11 legislative days before an Oct. 1 deadline to pass new spending legislation or a stopgap funding bill to keep the government open, or risk the third government shutdown in 2018,” CNBC reports.

“But the White House is considering at least one alternative option, according to three people who have discussed the idea with West Wing officials: A ‘partial shutdown,’ in which President Trump would sign stand-alone bills to fund the majority of the government, while reserving the right to veto others if they don’t include funding for the border wall.”

“The strategy, said to be supported internally by senior policy advisor Stephen Miller and, to a lesser extent, budget director Mick Mulvaney, would eliminate traditional shutdown vignettes of withheld paychecks and closed national parks and veterans affairs facilities. It would allow the White House to exact leverage over a specific campaign issue before a potential party reorg in Congress — and prevent a forced signature on a wide-ranging and opaque spending bill that excludes his top priority.”

“The state of Georgia has blocked all foreign internet traffic to its online voter registration site, BuzzFeed News has learned, a move that would do little to deter hackers but blocks absentee voters. The site, registertovote.sos.ga.gov, is accessible only to U.S. IP addresses.”

“The decision has outraged technologists and voting groups. In theory, it’s meant as a security measure, based on the idea that a person visiting the site is more likely to be a foreign hacker. But in practice, it has the opposite effect: Georgians abroad who don’t know how to reroute their internet traffic with tools like virtual private networks or Tor will be prevented from registering to vote.”

For those of you just getting to know @AndrewGillum — watch and share this outtake from a speech last week. This is who he is. pic.twitter.com/lJIMCXAlxW

President Donald Trump “nodded with approval” at the suggestion of a meeting with Russian President Vladimir Putin, according to a court filing that seeks leniency for a former campaign aide who lied to the FBI, the AP reports.

Lawyers for George Papadopoulos are seeking probation, saying the foreign policy adviser misled agents during a January 2017 interview not to harm an investigation but rather to “save his professional aspirations and preserve a perhaps misguided loyalty to his master.”

Politico: “Papadopoulos appears to have been the first person in Trump circles alerted to the fact that the Russians had access to emails that could be damaging to Democratic nominee Hillary Clinton’s presidential campaign.”

This is such a great little moment. pic.twitter.com/7LZgNcHhyt

“The Trump administration is withholding more than 100,000 pages of Brett Kavanaugh’s records from the Bush White House on the basis of presidential privilege ahead of the Supreme Court nominee’s confirmation hearing,” the AP reports.

I've experienced some crazy shit in politics in my life , but this is at the very top of the list. Incredibly, until @samstein picked up his pen, this story of the stolen George W. Bush debate book/tape has never been fully reported. https://t.co/hm8IHPxud5

Robocalls against Florida gubernatorial nominee Andrew Gillum (D) that say they were paid for by a neo-Nazi group in Idaho are going out to voters, the Tallahassee Democrat reports.

“The automated calls are narrated by someone pretending to be Gillum and using an exaggerated minstrel dialect with jungle noises in the background. The calls end with a  disclaimer that they were funded by The Road to Power, an anti-Semitic, white supremacist website and podcast linked to Scott Rhodes of Sandpoint, Idaho.”