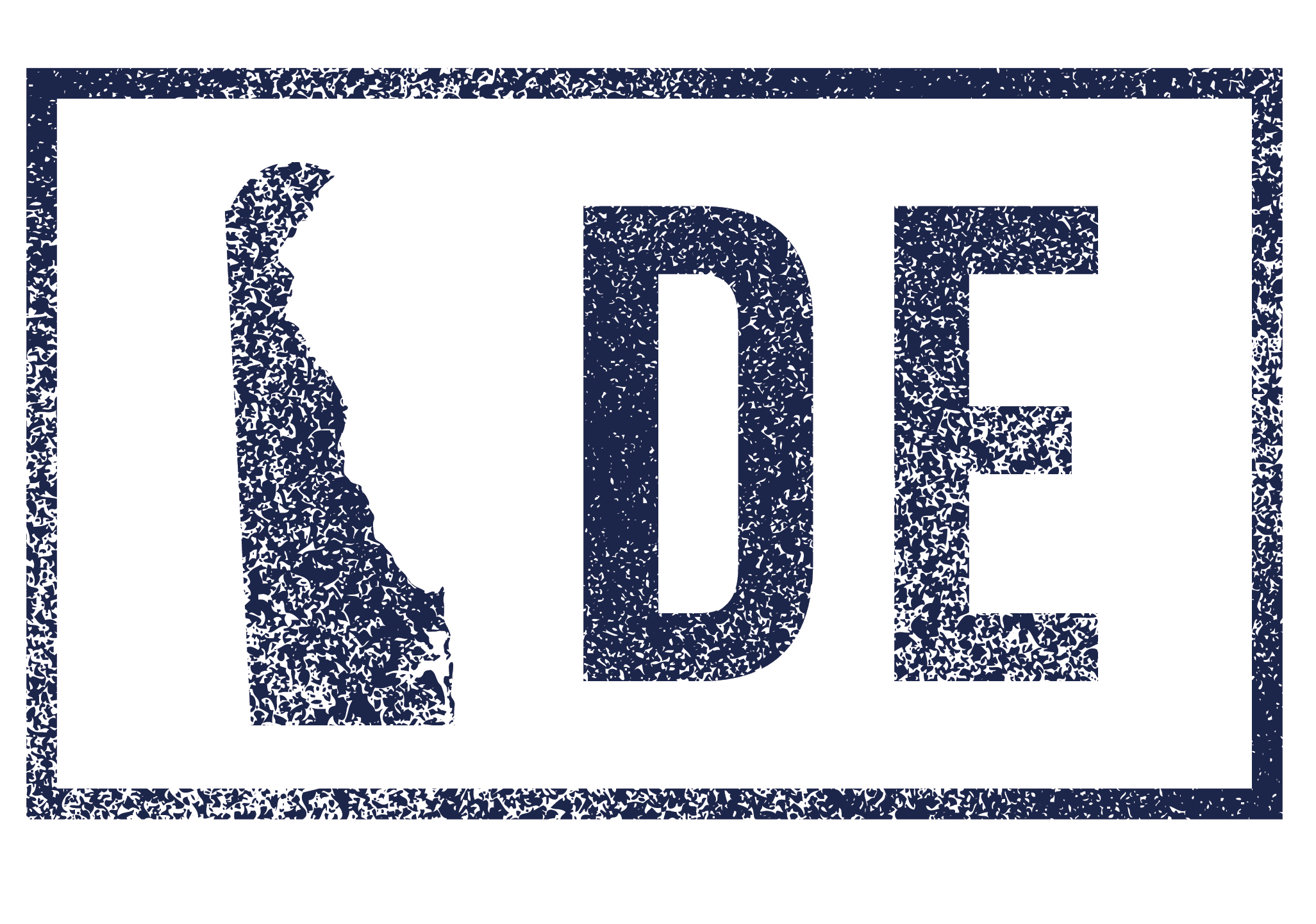 Rick Hasen: “In a case with potentially national implications both short term and long, a three judge district court in North Carolina has held that the congressional redistricting plan—put in place after North Carolina’s districts last time were found to be a racial gerrymander—are an unconstitutional partisan gerrymander. The remedy is not set yet, but the court may have a remedy in place for the 2018 elections, something I find surprising.”

“If this opinion stands (and given the current 4-4 split on the Supreme Court, any emergency action could well fail, leaving the lower court opinion in place), the court may well order new districts be drawn in time for the 2018 elections.”

“Paul Manafort’s defense team held talks with prosecutors to resolve a second set of charges against the former Trump campaign chairman before he was convicted last week, but they didn’t reach a deal, and the two sides are now moving closer to a second trial next month,” the Wall Street Journal reports.

French President Emmanuel Macron said “that he would put forward new proposals for the European Union to boost its security, saying the bloc must stop depending on American might,” AFP reports.

Said Macron: “Europe can no longer rely on the United States for its security. It is up to us to guarantee European security.”

New York Times: “Arizona Republicans are skeptical Mr. Ducey would pick Mr. McCain’s widow, in part because of questions about whether she would want to seek the nomination in 2020, but also because it could anger the pro-Trump voters that the governor will need to win in November. To those voters, Ms. McCain would almost certainly be viewed as too politically moderate.”

Stan Collender: “Today, with exactly (and just) five weeks to go before the start of the next federal fiscal year, nothing has changed to make the odds of a government shutdown less than they were before the House of Representatives began its summer-Labor Day recess.”

“As a result, I’m sticking with my previous estimate that there’s a 60 percent chance the federal government will shut down this October 1.”

“That is, I’m sticking with 60 percent for now. If anything, the likelihood of a shutdown is only going to increase from here.”

Said Inhofe: “Well, you know, frankly, I think that John McCain is partially to blame for that because he is very outspoken. He disagreed with the president in certain areas and wasn’t too courteous about it.”

“I don’t know what’s going to be said in the next few days about John McCain … but anybody who in any way tarnishes the reputation of John McCain deserves a whipping, because most of the ones who would do the wrong thing about John McCain didn’t have the guts to do the right thing when it was their turn.”

Roger Stone used an Instagram video to deny a forthcoming story in the New Yorker by Ronan Farrow which apparently says he told President Trump that WikiLeaks was going to release Democratic emails during the 2016 presidential campaign.

Stone also says The New York Times and The Washington Post have been pursuing the claim.

Trump used her murder to demonize immigrants. Now her family is pushing back. https://t.co/rHctTNURn1

In the wake of his recent outbursts, White House officials have discussed whether President Trump would listen to his closest New York City friends in an effort to rein him in, Gabriel Sherman reports.

“Two sources briefed on the matter told me that senior officials talked about inviting Rudy Giuliani and a group of Trump’s New York real-estate friends including Tom Barrack, Richard LeFrak, and Howard Lorber to the White House to stage an ‘intervention’ last week. ‘It was supposed to be a war council,’ one source explained. But Trump refused to take the meeting, sources said.”

More than ever, Trump is acting by feeling and instinct. Said one former White House official: “Trump is nuts. This time really feels different.”

“The White House on Monday afternoon re-lowered its flags to half staff after drawing significant backlash for returning them to full staff less than 48 hours after the death of Sen. John McCain (R-AZ),” The Hillreports.

“The flag outside the U.S. Capitol remained at half staff throughout Monday. Flags typically remain lowered through the burial of a sitting lawmaker or major public figure.”

These caused barely a ripple.

Wall Street Journal: “After more than two decades of tension within the GOP between a restive base and its traditional establishment, Trumpism, the archetypal grass-roots movement, is winning.”

“With the 2018 primaries about to end, all but two of the 37 Republicans Mr. Trump has endorsed for House, Senate and governor during their primary campaigns have won. Mr. Trump has abandoned or undercut the party’s traditional commitment to free trade, fiscal conservatism and a hawkish foreign policy. Mr. Trump’s most vocal GOP critics in elective office … have been defeated in primaries, announced their retirement or gone quiet.”

New York Times: How to get a Trump endorsement.

An inspector general report finds President Trump “was more intimately involved in the debate over relocating the FBI headquarters than Congress was told,” Roll Call reports.

Rep. Gerald Connolly (D-VA) said the report “confirmed his suspicions that the president was involved in the decision to scrap plans to vacate the J. Edgar Hoover FBI Building on Pennsylvania Avenue.”

Said Connolly: “When we began this investigation, the prospect that President Trump was personally involved in the government-led redevelopment of a property in close proximity to the Trump Hotel was dismissed as a conspiracy theory. Now, the president’s involvement in this multi-billion-dollar government procurement which will directly impact his bottom line has been confirmed by the White House Press Secretary and government photographs.”

“As President Trump has threatened to take away the security clearance of Bruce Ohr, a career Justice Department official, he has described him as a ‘creep,’ accused him of profiting off ‘disgraced’ information and wondered aloud why he still works in the executive branch,” the New York Times reports.

“But Mr. Ohr is far from corrupt, friends and former colleagues said. An experienced law enforcement official who spent years battling Russian organized crime, he developed a deep understanding of that dangerous underworld, they said, including raising concerns about at least one oligarch whose name has resurfaced amid the scrutiny of contacts between Trump associates and Russia.”

Elaine Kamarck: “Forget the Russians, the adult film stars, the Playboy bunnies, and the illegal payoffs covering up sexual misconduct. Forget the hotels full of foreigners enriching the president. And forget the convictions of his former campaign manager and his personal lawyer who may in the near future implicate the president himself in their wrongdoings.”

“The clearest potential violation of the law so far has been around a much less sexy issue—the issue that got President Richard Nixon in the end—obstruction of justice. In an exhaustively documented, 167-page 2nd edition of their report, Presidential Obstruction of Justice: The Case of Donald J. Trump, Barry H. Berke, Noah Bookbinder and Norman L. Eisen lay out the historical and legal bases for the concept and the charge.”

“For those who think obstruction of justice was something made up by the Democrats to get at President Trump, have a look at the Declaration of Independence. It begins with a long list of grievances against King George. Eighth in the list is the following: ‘He has obstructed the Administration of Justice by refusing his Assent to Laws for establishing Judiciary Powers.’”

“The United States and Mexico reached a deal on Monday to replace the North American Free Trade Agreement (NAFTA) and talks with Canada were expected to begin immediately in the hopes of reaching a final agreement by Friday,” Reuters reports.

Said one Trump administration official: “We are now inviting the Canadians in as well and hope that we can reach a fair and successful conclusion with them as well.”