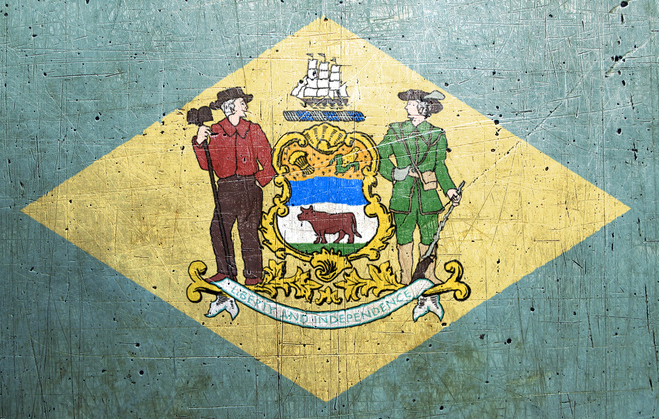 Allen Weisselberg, longtime chief financial officer of the Trump Organization, was granted immunity by federal prosecutors for providing information about Michael Cohen in the criminal investigation into hush-money payments for two women during the 2016 presidential campaign, the Wall Street Journal reports.

BuzzFeed News reports David Pecker, who was granted immunity by federal prosecutors, knew about three key moments during the 2016 presidential campaign and that “one or more members” of the Trump campaign were part of the scheme to pay hush money to women.

“Pecker was behind the National Enquirer‘s purchasing in August 2016 of former Playboy model Karen McDougal’s story of an alleged affair with Trump in an effort to keep that story quiet in the run-up to the 2016 election. His knowledge of that alone is a big deal.”

“But looking at this week’s criminal charging document in Cohen’s case shows that Pecker’s cooperation is key to two additional lines of inquiry that directly implicate Trump’s presidential campaign in the scheme to silence the women.”

The National Enquirer kept a safe containing documents with details on hush money payments and other damaging details on President Trump leading up to the 2016 election, the AP reportshttps://t.co/qiy2wxUoMV

“The National Enquirer kept a safe containing documents on hush money payments and other damaging stories it killed as part of its cozy relationship with Donald Trump leading up to the 2016 presidential election,” the AP reports.

“The Trump records were stored alongside similar documents pertaining to other celebrities’ catch-and-kill deals, in which exclusive rights to people’s stories were bought with no intention of publishing to keep them out of the news. By keeping celebrities’ embarrassing secrets, the company was able to ingratiate itself with them and ask for favors in return.”

Catherine Rampell: “As for the Cohen crimes that did directly implicate Trump — the campaign finance violations — the president and his people have argued that these are not actually crimes. After all, they’re so rarely prosecuted!”

“What about tax crimes, though? There’s plenty of precedent for prosecuting those. And the Cohen filings this week raise serious new questions about whether Trump has criminal tax-fraud exposure.”

“There’s an easy way for Trump to clear up these concerns: He could release his tax returns. Or maybe Congress could help a brother out and release his returns for him — which it could do by majority vote in any of three committees. That would, of course, require a Republican or two to ‘flip’ — which I know could pose a problem. As Trump and Capone could both tell you, the family doesn’t care for rats.”

Wow @jonfavs @TVietor08 @danpfeiffer: who knew that building one of the fastest growing media companies in America was just an elaborate cover for a conspiracy to undermine Trump's foreign policy? https://t.co/MPmkGxZFu1

New Yorker: “In early 2017, some of Donald Trump’s advisers concluded that they faced a sophisticated threat responsible for ‘coordinated attacks’ on the new Administration. They circulated a memo, titled ‘The Echo Chamber,’ which read like a U.S. military-intelligence officer’s analysis of a foreign-insurgent network. Instead of being about enemies in a distant war zone, however, the network described in the memo consisted of former aides to President Barack Obama.”

“The memo claimed that the ‘communications infrastructure’ that the Obama White House used to ‘sell Obamacare and the Iran Deal to the public’ had been moved to the private sector, now that the former aides were out of government. It called the network the Echo Chamber and accused its members of mounting a coördinated effort ‘to undermine President Trump’s foreign policy’ through organized attacks in the press against Trump and his advisers.”

“The memo is unsigned and undated, and Trump Administration officials familiar with it offered conflicting accounts of who authored it and whether it originated inside or outside the White House. The officials said that it was circulated within the National Security Council and other parts of the Trump White House in early 2017. They said the memo may have had additional pages. A National Security Council spokesperson declined to comment.”

“President Trump’s lawyers and a cadre of informal White House advisers claim they’ve convinced him not to pardon Paul Manafort – but White House officials expect the president to do it anyway,” Politico reports.

Said one former campaign official: “Trump is setting it up. He’s referring to the investigation as a ‘witch hunt’ and saying this never would have happened to an aide to Hillary Clinton.”

“Ever since Trump discovered that he could unilaterally pardon individuals, aides say he’s been thrilled by that level of unchecked power.”

Jonathan Swan: “For the first time, I’m hearing real fear and concern in the voices of Trump allies.”

“The warning lights of growing legal jeopardy are flashing red. His former lawyer and campaign manager are going to jail, the lawyer has implicated him in a federal crime, and now his CFO and the head of the National Enquirer have been given immunity to share what they know.”

“All of this goes way beyond the Robert Mueller investigation. This is now in the hands of federal prosecutors, and they can keep going regardless of what happens with the Russia probe — including, possibly, digging into Trump’s business affairs. Unlike Cohen, who was involved in quixotic projects and sleazy side deals to hush up women, Weisselberg has true and deep visibility into the Trump Organization.”

President Trump has directed Secretary of State Mike Pompeo to cancel his upcoming trip to North Korea, saying the country was not “making sufficient progress with respect to denuclearization,” the Washington Post reports.

Federal Reserve Chairman Jerome Powell seemed to brush off recent complaints from President Trump about the pace of interest-rate increases, signaling in a speech that he expects the Fed to continue raising interest rates gradually if the U.S. economic expansion remains strong, CBS News reports.

Andrew Sullivan: “There was a sense among some this week that we had at last reached that golden ‘inflection point’ when all of Trump’s lies, scams, cons, and crimes finally sink in with Republicans, and the cult begins to crack.”

“I tend to think something else is happening: that we are entering the most dangerous phase of Donald Trump’s presidency. We always knew this would happen — that the rule of law and Trump would at some point be unable to coexist — but we had no idea how it would specifically play out. Now we see the lay of the land a little more clearly.”

“What we’re about to find out is if Trump can pull off all his usual tricks, and face no serious political or legal consequences for this. I’d say that question remains nerve-rackingly open.”

“In a meeting that lasted less than 60 seconds, a Georgia board of elections voted down a plan Friday to close seven of a majority-black county’s nine polling places ahead of November’s midterm elections,” CNNreports.

“Critics had said the plan to consolidate polling places in Randolph County, Georgia, was a brazen attempt to suppress the black vote in Georgia’s governor race, which pits former Georgia House minority leader Stacey Abrams, who is black, against Georgia Secretary of State Brian Kemp, who is white.”

Sen. John McCain (R-AZ), “who has been battling brain cancer for more than a year, will no longer be treated for his condition, his family announced on Friday, a sign that the Republican war hero is most likely entering his final days,” the New York Times reports.

“Mr. McCain’s family has gathered in Arizona, and people close to him say his death is imminent.”

“The FBI has dramatically slowed the pace of security reviews for refugees in recent months, which former Trump administration officials and human rights advocates say is part of an intentional bid by White House hardliners to restrict the number of refugees allowed in the U.S.,” NBC News reports.

“Former officials and aid organizations say the administration has overloaded the FBI and other government agencies with an array of procedures that have weighed down the bureaucracy and effectively delayed refugee admissions.”

McClatchy: “Since the president’s election, Democratic Party leaders have vowed to emphasize pocketbook issues, convinced that an economic focus was necessary to win over the most voters in November. But Trump has made it difficult, using his bully pulpit — and the all-consuming attention he commands in the media — to compel Democrats to discuss anything but the economy, from kneeling NFL players to special counsel Bob Mueller’s investigation.”

“Now, however, Democrats say the election gives their candidates and allied groups a chance to force the conversation back to economic issues by paying for messages delivered directly to voters.”

“Democrats think an economic message best unites their liberal base and many of the white working-class voters who backed the president in 2016. Impressions of Trump are already hardened, and trying to change how voters regard the president or how congressional Republicans treat him is a difficult effort even if backed by tens of millions of dollars in spending.”

President Trump urged Attorney General Jeff Sessions to “look into all of the corruption on the ‘other side’” after the attorney general disputed Trump’s assertion a day earlier that Sessions had failed to take control of the Department of Justice, ABC News reports.

New York Times: “Mr. Trump listed people and political enemies who he believes deserve the attention of the Justice Department, including the targets of conservative conspiracy theories that claim the Russia investigation was motivated by politics.”

“Rep. Duncan Hunter’s (R-CA) legal defense is coming from the same campaign coffers he and his wife are accused of misusing, so far amounting to more than $600,000 for the lawyers,” Roll Call reports.

“Federal Election Commission filings show Hunter’s campaign made payments for ‘legal services’ or ‘legal fees’ to eight different law firms in excess of $600,000 during the 2018 election cycle. This includes disbursements of $182,000 to the San Diego-based law firm Seltzer Caplan McMahon Vitek, which is representing Hunter in the grand jury investigation. The five-term GOP incumbent and his wife were indicted for allegedly using $250,000 in campaign funds for personal use.”

Lawfare: “Donald Trump is swimming in dangerous waters. The day after his former campaign manager was convicted by a federal jury on eight felony counts, the president of the United States made a sequence of public statements praising Paul Manafort for refusing to cooperate with a lawful federal law enforcement investigation and for not ‘flipping’ on the president—and, conspicuously, did not rule out a pardon.”

“Before making any more comments that a reasonable person in Paul Manafort’s shoes—or Robert Mueller’s shoes—might construe as urging Manafort not to ‘flip’ or dangling the possibility of a pardon, there is a federal statute Trump might want to consult: 18 U.S. Code § 1512(b). That law makes it a federal crime ‘knowingly’ to ‘corruptly persuade… another person … with intent to … influence, delay, or prevent the testimony of any person in an official proceeding’ or ’cause or induce any person to withhold testimony . . . from an official proceeding.’ It also makes it a crime to attempt to do so.”